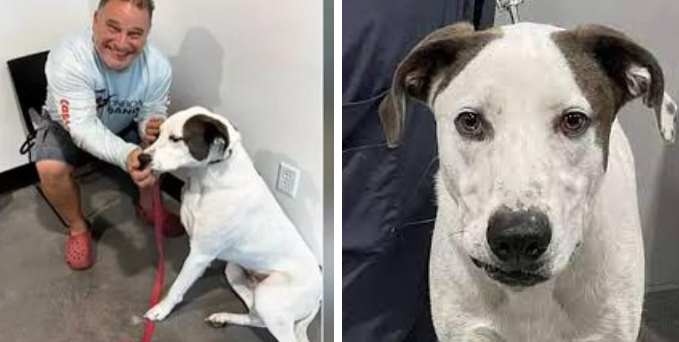 Due to the fact that he was deaf, his family was unable to provide for him, so they left him at an animal shelter in Tampa. It was love at first sight for Davelis “D.C.” Goutoufas, who was also deaf when he spotted a Labahoula dog called Champ who was 14 months old and had just been adopted from the shelter.

“As soon as I entered his cage, he greeted me with a kind attitude.”

Davelis said, “I patted him, and then as I was moving out, he came up to me and growled quietly, as if wanting to connect with me, ‘please chose me.'” I reentered his enclosure and stroked him once more after turning around and walking back there. He was overcome with joy. Then, as I was getting ready to go, he came up behind me and said something quietly. 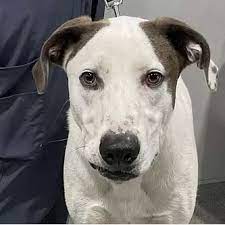 Davelis went to the shelter on a whim, and he had no idea that he would end up falling in love with Champ while he was there. Since he was in college, he’s had Labradors, and when an employee told him that Champ was deaf, he felt that maybe it would be a good idea to get them together since Dave also has hearing loss.

After notifying his daughter and showing her recordings of Champ, Dave decided to legally adopt the dog. Apollo was the dog’s name, given that he was of Greek descent. 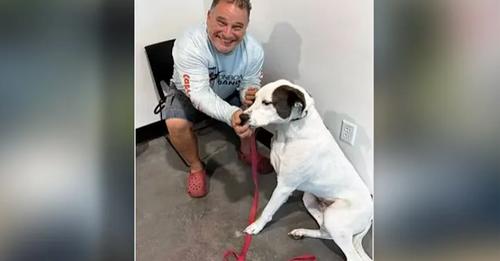 Dave reveals that Apollo is fluent in a significant number of sign language instructions. Before being adopted, Apollo already had a working knowledge of sign language, and he expanded his vocabulary by picking up more signs from Dave, an ex-adjunct professor of American Sign Language, as well as from Dave’s daughter, who had a college education in American Sign Language.

Since he had been adopted, Apollo looked to be reveling in the best times of his life. On his days off, he has been going swimming, playing with his friends, going on rides in golf carts, and going out on boats.

Dave’s family, who love Apollo, have welcomed him with open arms since his arrival. 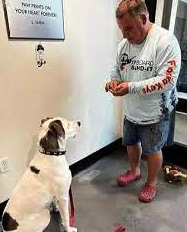