They tied a dog to a tree rather than saving her and letting her pass away…. 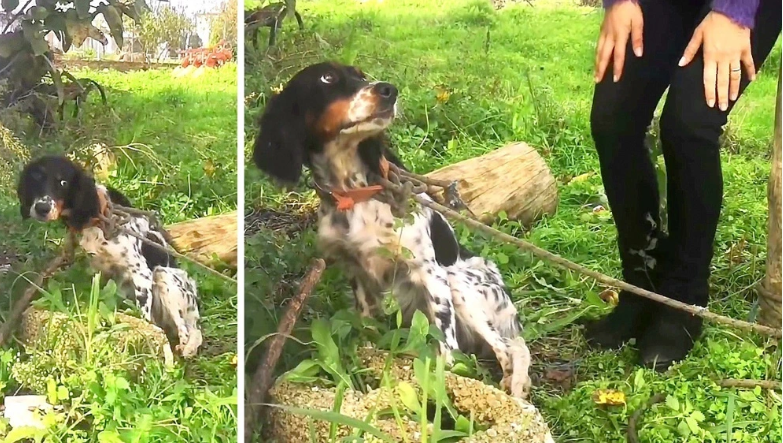 Daisy was cruelly hung from a tree by a local homeowner because they considered her to be a “nuisance” in the neighborhood. Someone left her there for more than twenty-four hours before they contacted “DAR Animal Rescue” for aid. She was left there alone. Daisy was rendered delirious as a result of her terror, starvation, and isolation by the time the savior Ermioni arrived.

Daisy was so terrified when Ermioni approached her that she thought someone was ready to harm her, despite the fact that no one else had stepped forward to offer assistance to her up to that point. Daisy feared that she was about to be wounded. 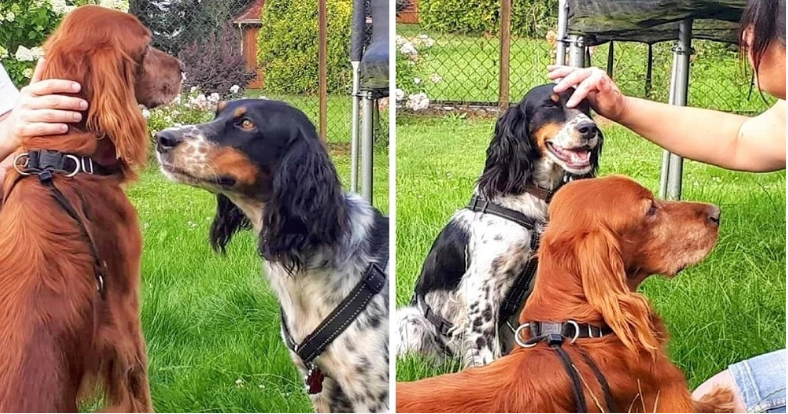 Daisy’s eyes got wider and more concerned as Ermioni approached the dog from a closer distance. Erminoni was able to eventually get a grip of Daisy, at which point she saw that the animal was in a state of extreme fear. She could sense that its heart was beating very swiftly and tried her best to give it a hug and a reassuring word.

Daisy was caught in the ropes, but Ermioni immediately untied her and picked her up. She was appalled by the way the locals surrounding her simply stood there and gazed without showing any sign of interest in Daisy at all. They gave Ermioni some peculiar appearances, but nobody thought to check on Daisy to see whether she was all right.

When Daisy went to see the veterinarian, however, her health was not in good enough condition for the appointment. As a result of the recent stress, she was suffering from low blood pressure, increased white cell count, and diarrhea. Daisy was quickly able to regain her health as a result of the therapy, and within a few days of being at the shelter, she was able to start over and make a new life for herself. 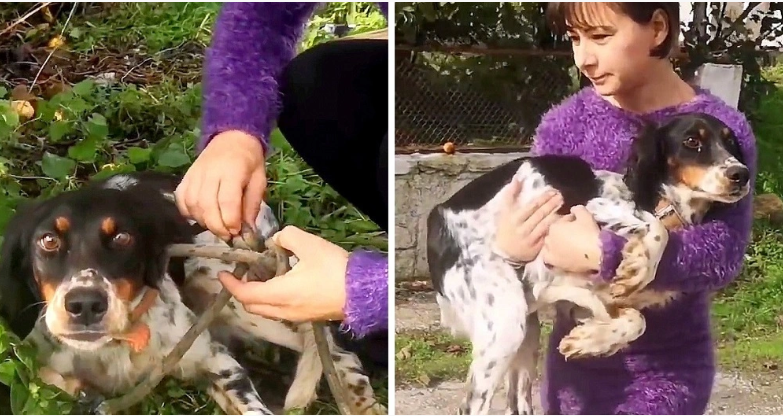 Daisy had made significant progress in terms of her physical health, but the emotional trauma she had been through continued to show when she was among other people. She had a difficult time interacting with people and was reclusive among animals. It did nothing except act as a constant reminder to her of how alone she felt whenever she came across other canines having fun. It is extremely likely that it will be a very long time before the mental wounds are totally healed.

Daisy was treated with great care and patience by the staff members, who allowed her to recover at her own pace and gradually over time. The more time that went, the less afraid she grew, and she even started wagging her tail very little. After some time, she came to the conclusion that she was no longer in danger and was doing something that she liked; so, she welcomed her second opportunity at life with enthusiasm.

She has now settled into her permanent home, experiencing the kind of calm and pleasure that only a German canine could ever understand. She lights up the room with her radiant grins whenever she’s among her human and canine siblings, which is clear evidence of how much she enjoys spending time with them. If the residents of the area where she was chained up many years ago could see how serenely happy she is now, maybe they might develop more compassion for strays in the years to come.