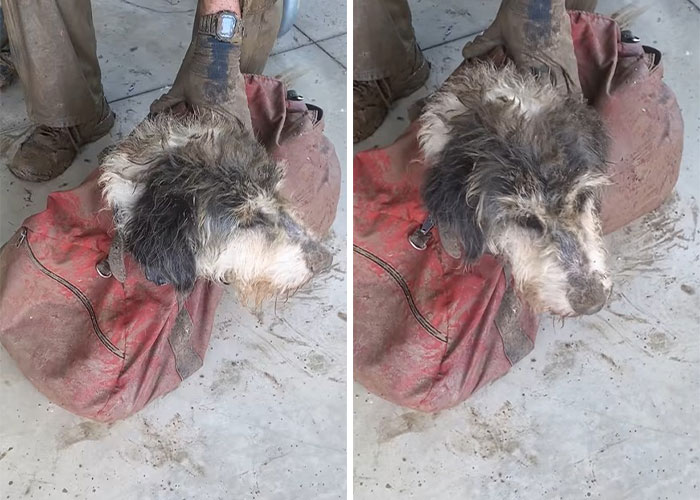 A dog that had been left alone for two months and had been buried several hundred feet underground was eventually found and brought back to her family after being abandoned. Abby, a senior dog who was 13 years old when she disappeared from her home in Missouri, United States, in the early part of June, leaving her terrified owners to worry whether they had lost her for good.

On August 6, a few cave explorers were investigating the Berome Moore cave in Perry County when they came upon a little pup that seemed to be in poor health. The puppy was trapped at a depth of five hundred feet below the surface. As soon as they alerted the local fire department and representatives of the Cave Research Foundation, they immediately began a difficult rescue operation with the goal of getting her out of the cave. 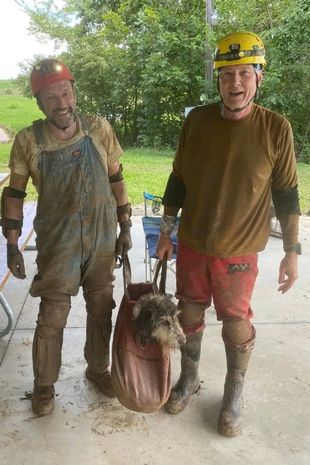 Rick Haley, a 66-year-old teacher, was one of the cavers who observed Abby and said that she was “not in good form.” As a result, he prepared a duffel bag, unzipped it, and put Abby inside of it with “her head hanging out.”

In a post on Facebook, he provided the following explanation: “This was to protect her and the rescuers since she would certainly suffer.” 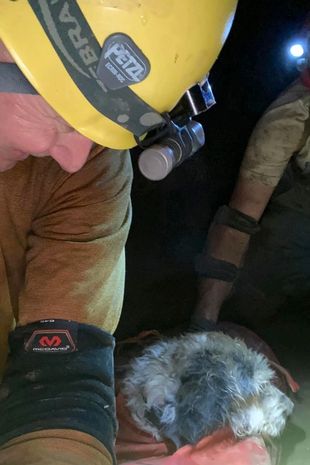 Rick saw that Abby was underweight and fragile despite the fact that she seemed to be in good health. As a result, they began making plans on how to get Abby to the surface.

They had to squeeze and worm their way through tight areas in order to get Abby. They were assisted in their endeavor by a fellow cave diver named Gerry Keene, both of whom had had specialized training in cave rescue.

When we took her 500 feet up a very narrow, extremely steep incline and handed her from hand to hand on the way to the surface, she was an absolute model of compliance the whole time. 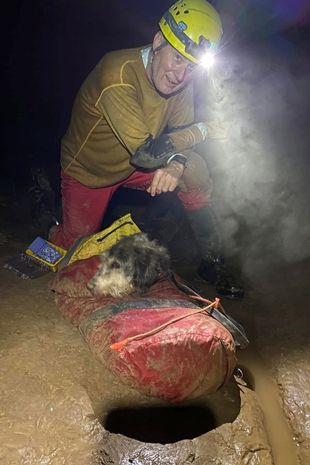 During the course of the surgery, which lasted around one hour, another caveman went door to door carrying a photograph of the dog in an effort to locate her owner.

Because the Bonner family had reported Abby missing on June 9, and because she may have been buried alive for over two months prior to that, they were “astonished” to hear that she was still alive when they discovered she was still alive. 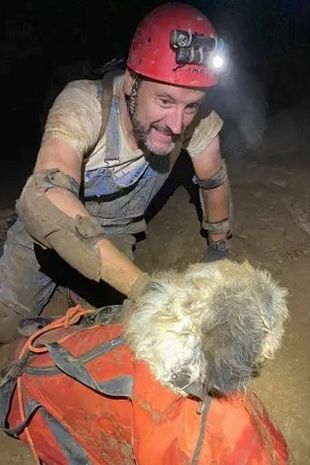 The treasured pet was “happy to come out,” despite the fact that she was a bit shaken up, and she is now reverting to her normal self.

According to Rick, who happened to be one of the few people on the surface when the rescue was required, you would have found thirty people helping with this rescue if all thirty of those cave explorers had been there. 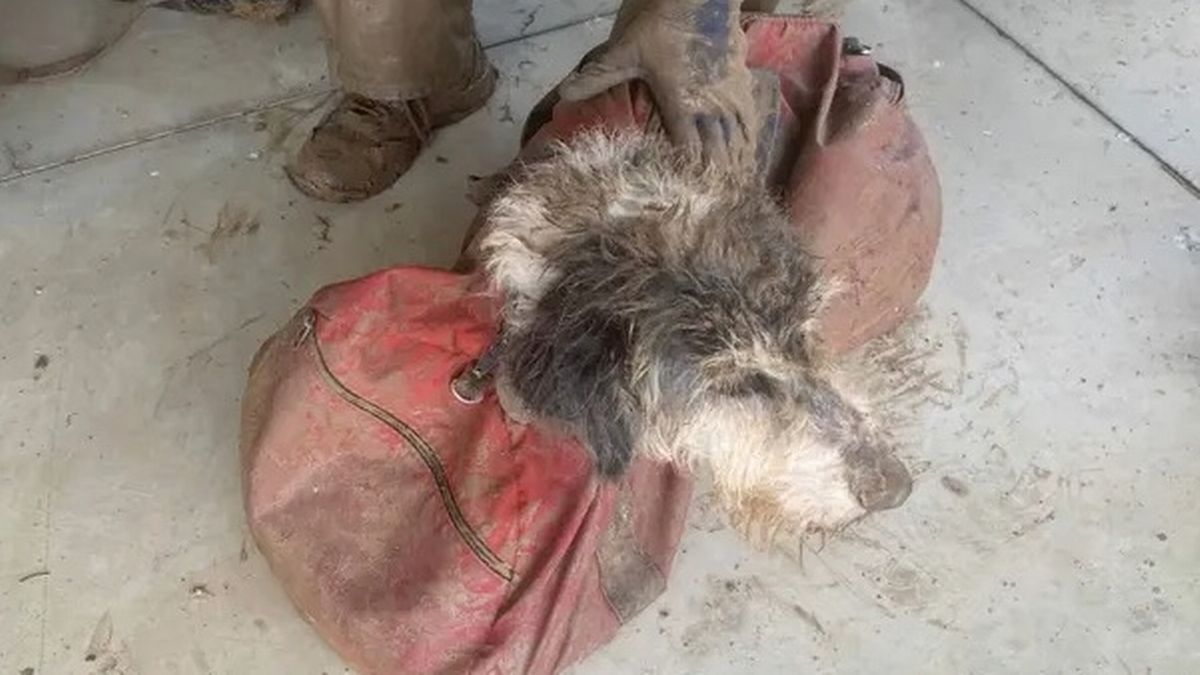 That she is once again in responsible care is the only thing that counts now.