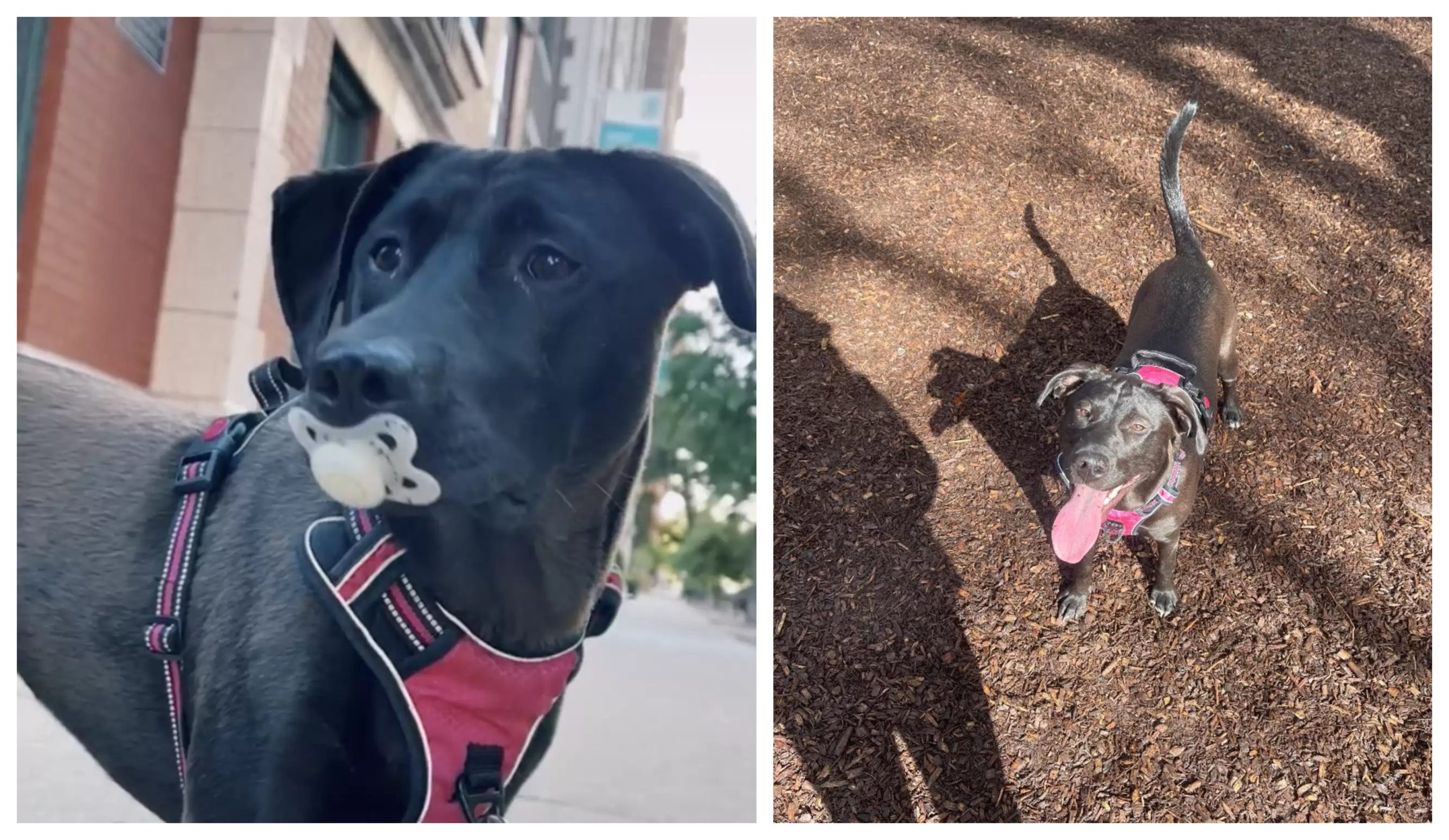 Like they always do, Minnie and her mom, Peggy Kern, went for a walk. At first, everything seemed normal, but after a while, Kern noticed that more people than usual were looking at them and pointing.

Kern knows that Minnie is cute, so she expects that people will like her, but this was a whole new level, and she didn’t know why. Kern told The Dodo, “I had my headphones on and was listening to an audiobook, so I didn’t know what was going on or why more people than usual were staring at us.” “I thought maybe I had something on my face!”

Minnie looked up at her mom after a while, and Kern started laughing right away. Minnie had seen a pacifier on the ground somewhere along the way and decided to pick it up and bring it with her. When people walked by her, they saw what looked like a dog sucking on a pacifier, and they couldn’t stop talking about it.

“It all made sense,” Kern said.

Kern and Minnie kept going on their walk after they figured out what was going on. Minnie liked the pacifier so much that her mom let her keep it for a while until she got too excited and started to break it.

“Toward the end, she ended up chewing it and breaking a piece off, so I had to take it away so she wouldn’t swallow anything,” Kern said.

Kern had planned for that day to be a pretty normal walk, but Minnie found a way to make it more exciting and make everyone she passed happily.