When military families finally get word that their loved ones have returned home safely after serving abroad, it is a joyous occasion. 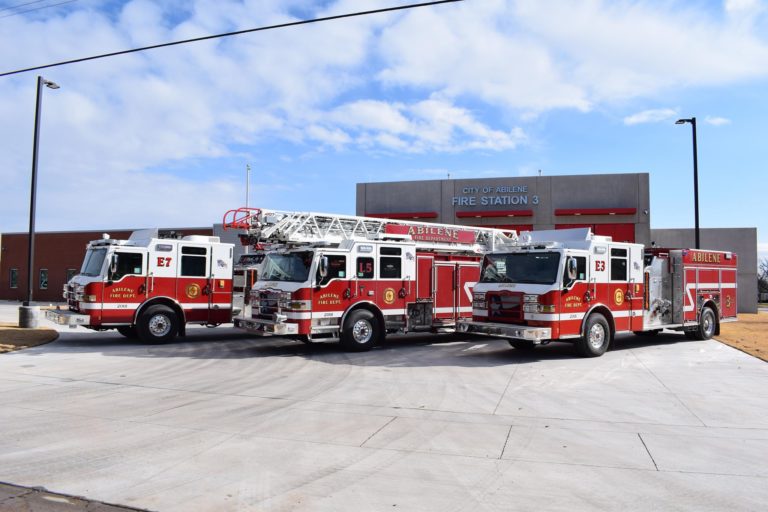 Captain Manny Lamson of the United States Air Force returned from a six-month deployment to Qatar with one goal in mind: to make his 3-year-old son Connor’s homecoming as spectacular and unforgettable as possible. He sought the assistance of firemen from the Abilene Fire Department in Texas in order to do this. 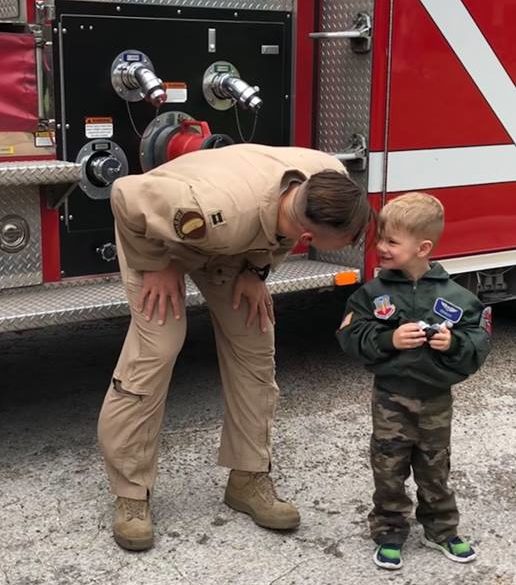 Connor is a tremendous admirer of firemen, and his father couldn’t think of a better way to surprise him than by having one of the department’s enormous red vehicles pull up to their home. Fortunately, the whole incident was captured on video as a firetruck approached the curb with its lights shining. 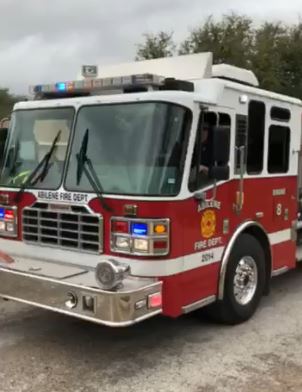 firefighters jump out of their trucks to meet the star-struck small kid, shaking his little hand and providing him the opportunity to look around the truck’s inside. Connor, of course, jumps at the opportunity. He has no clue who is waiting for him in the backseat, on the other hand. 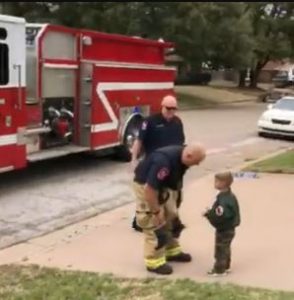 While it was obvious that Connor was overjoyed to be in the driver’s seat, the greatest part was yet to come… 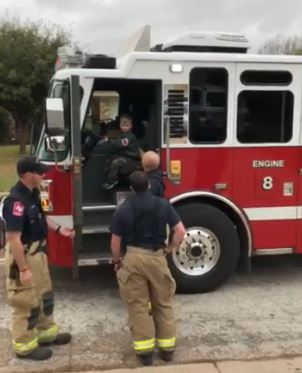 After assisting Connor to his feet, the guys inquire as to if he would want to meet another firefighter. It is they that unlock the backdoor, allowing Captain Lamson, who is clad in full battle gear, to go. He then begins to remove his disguise, revealing his kid to be the recipient of the finest surprise of his life. 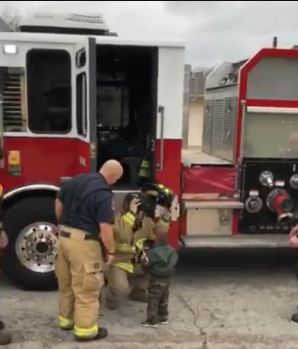 The small child, who hasn’t seen his father in months, can’t stop touching and hugging him as he is taken aback. His age suggests that he has probably struggled to comprehend the significance of his father’s absence.

The Abilene Fire Department posted the heartwarming reunion on Facebook, where it was seen by hundreds of people and brought tears to their eyes. Many others expressed gratitude to the firemen for assisting the father and kid in creating such a cherished experience. 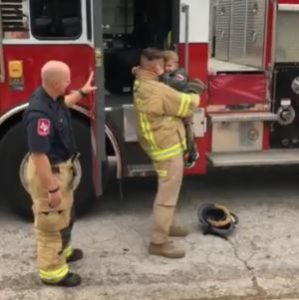 In a statement, the fire department said, “Welcome home Captain Manny Lamson following a six-month deployment at Qatar Air Base.” “He is a Weapons System Officer on the B1 and is a member of the 9th Bomb Squadron at Dyess Air Force Base.”

Because his kid is a fan of firemen, we were able to make a grand entrance when he returned home. The Lamson family expresses gratitude for their service. 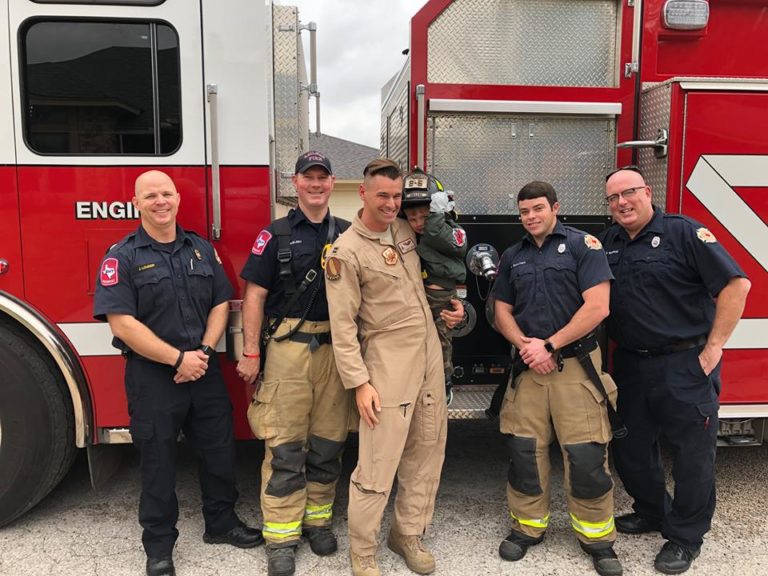 Congratulations to the firemen for not only bringing a small boy’s wishes to life, but also for reconnecting him with his adoring father! We’d also want to extend a warm welcome to Captain Lamson and express our gratitude for his service.