VIDEO: Find Out How This Beautiful Blind Cat Survived On The Streets Without Seeing…

Linda was on social media after the death of her beloved cat Boris to cancer when she came across Carmel, a gorgeous one-eyed ginger tabby. “When I was looking on Facebook, Carmel’s photo appeared out of nowhere,” Linda recalls. 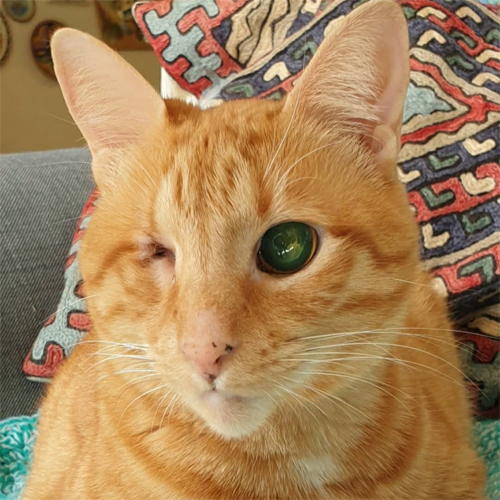 Linda learned Carmel had lost her eyesight while surviving on the streets of Egypt’s capital city while she was eager to learn more about the cute one-eyed cat. “Cats find it difficult to survive on the streets of Cairo,” Linda explains. “She had a virus that caused her to lose her sight.” 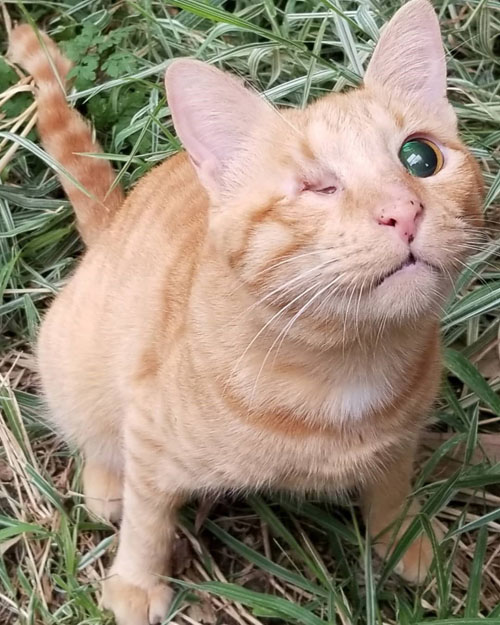 Carmel was saved and taken to Zee Animal Shelter, a Cairo-based nonprofit dedicated to helping stray animals. Despite the fact that she eventually lost her eyesight and one of her eyes, she was healthy and ready to find her permanent home by July 2019! 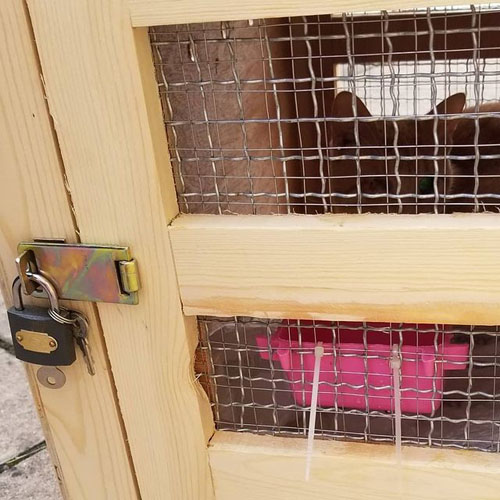 Linda thought Carmel would adjust well to live with her and her husband John in Norwich, England, since she liked the story Homer’s Odyssey about a blind cat and knew cats adapted well with loss of sight. “After losing our cat Boris to cancer, adopting a blind cat that would have a hard time finding a home felt like a nice idea.” 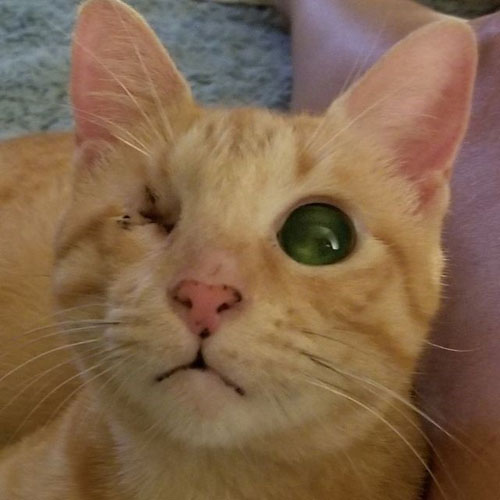 Thankfully, the couple’s adoption application was approved, and the adorable one-eyed cat boarded a plane to England on July 26, 2019. 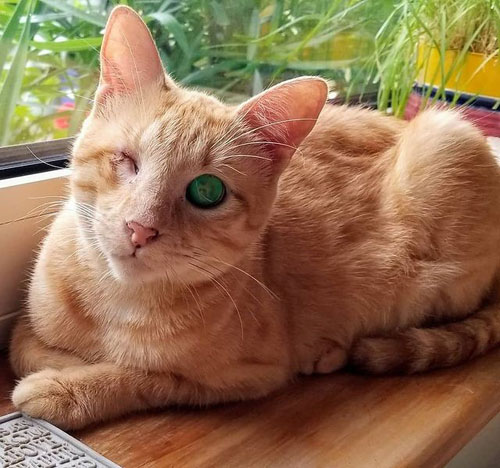 Carmel arrived to John and Linda’s house after traveling more than 2,000 miles, and she quickly made herself at home, though it took some time. “At first, she kept running into things,” Linda remembers, “but blind cats’map out’ their environment and quickly figure out where everything is.”

Carmel had no problems going to high places despite her blindness, but her parents immediately realized she required assistance coming down. “She would scream if she climbed something and didn’t know how to come down,” Linda explains, “but she knew she was safe to jump because I would tap the floor.”

Carmel can now comfortably navigate her house after more than two years, but she still runs into objects again and then. Linda explains, “She runs into things if they are moved or we forget to put things away, but it doesn’t upset her.” 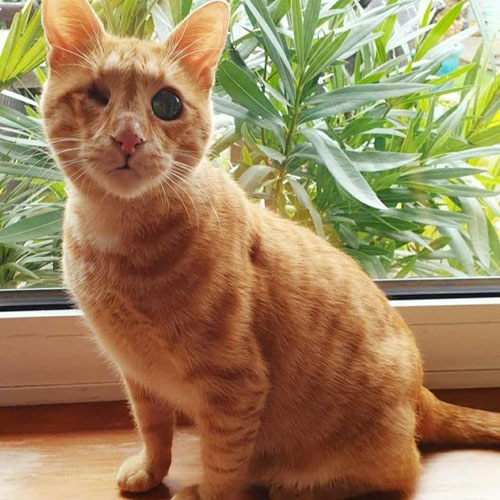 This easygoing young lady still likes climbing to new heights, but she now has little problem descending. “We have a scratching tower that reaches to the ceiling, and she adores it!” Linda says. “Carmel’s blindness doesn’t stop her from doing a lot!”

Carmel also enjoys playing with noisy toys, such as paper bags and her crinkle tunnel, but her absolute favorite is Ratty, a stuffed rat that was formerly Boris’s.

“Blind cats are incredible,” Linda says, “and everyone who meets her can’t believe she walks, runs, jumps, and climbs about like any other cat.”

People are often surprised to know that Carmel has no problem using the litter box, which Linda has noticed is one of the most popular misunderstandings regarding blind cats. “People constantly wonder how she found her litter tray,” Linda says. “When she came, I showed her where it was, and she’s never missed it!” 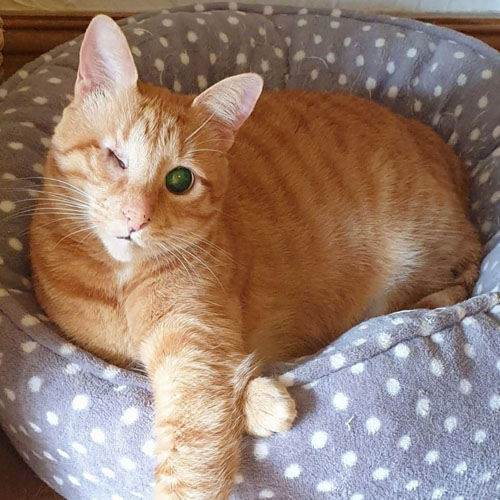 Linda hopes that by sharing Carmel’s story, more people would consider adopting blind cats like her. Carmel, after all, is not just a lot simpler to care for than most people think, but she’s also a lovely companion who means a lot to her mother. Linda describes her as “the nicest little cat,” “extremely friendly and lots of fun,” and “a true character!”