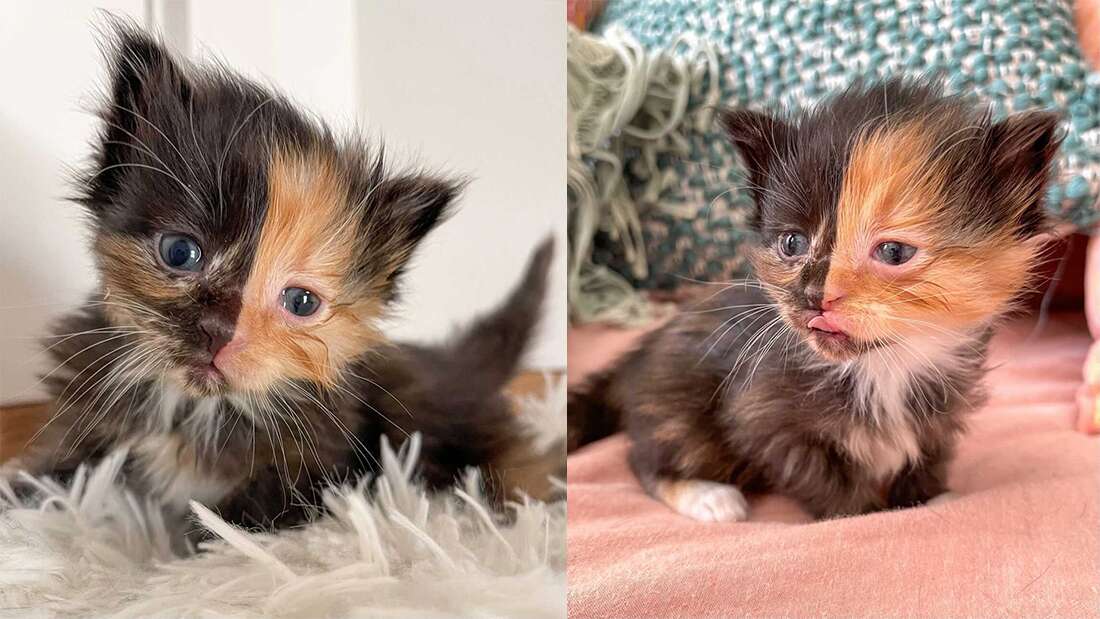 Sepia Apricot, a black-and-orange chimeric kitten, was just rescued by the Nashville Cat Rescue. A family who just moved into a home and discovered the two rescued rabbits (whom she calls Apricot and Pretzel since she couldn’t think of a better name for them) saved them, says Kayli Craig, who goes by Kiki. It wasn’t until later that they discovered that Mama had not returned. Immediately, it became apparent that they needed foster care. Because I had nursing mothers available to provide foster care, Craig was able to help them. 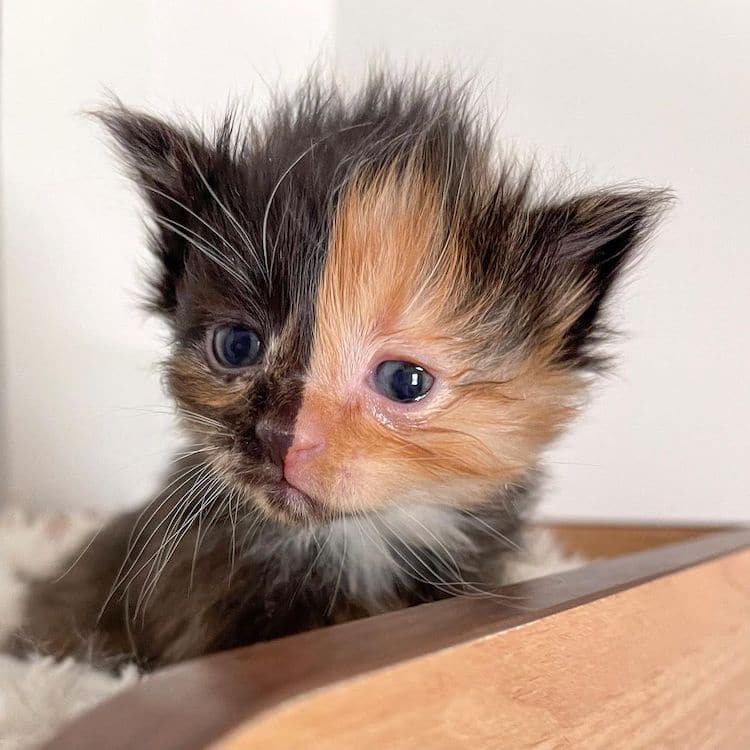 The National Geographic magazine describes chimers as “identical cats whose DNA is generated when two embryos combine.” According to Craig’s Instagram post, “chimera cats are the result of two embryos fusing together to make one feline creature.”

In addition to having a distinguishing split along the center of her face, which is half black and half orange, she’s well-known for her odd appearance. Heterochromia is a pattern of interlacing the eye cells that may be seen in chimera cats, in addition to having two distinct colored eyes. April is still too young to determine whether she will be affected by this, although it is possible she may be. When she’s seven weeks old, her eyes will have adjusted to the world of adult coloring books and crayons. 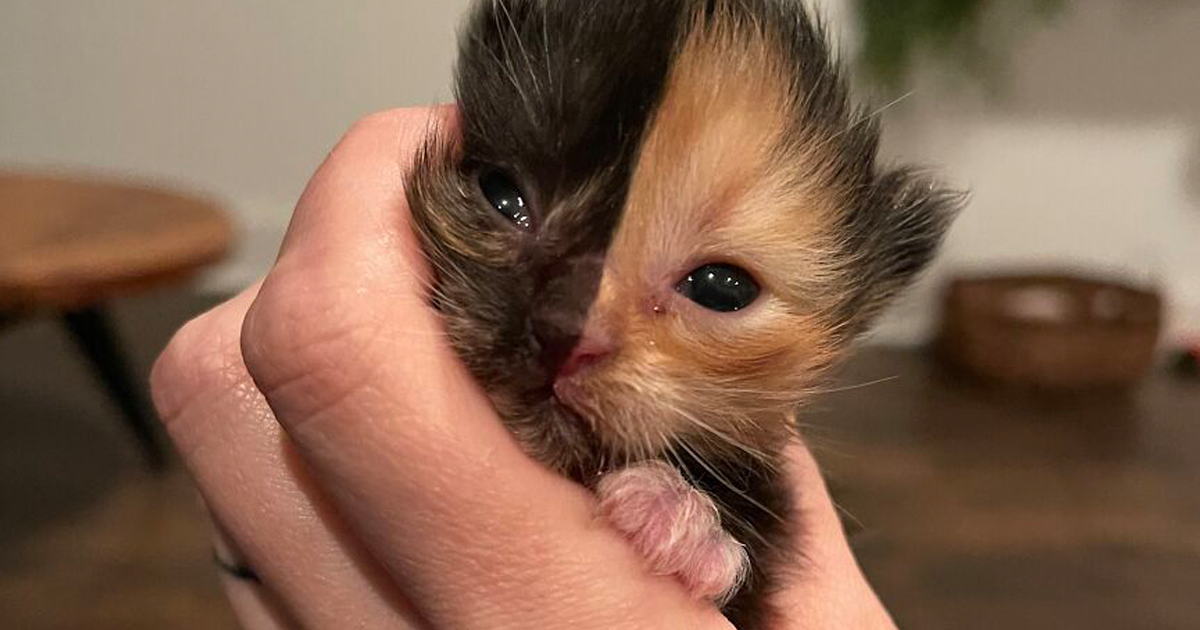 As far as Craig is concerned, both kittens are doing nicely. Pretzel, on the other hand, seems to be a bit crazier than his sister. “He enjoys playing with his brothers and, although he is still a bit wobbly when he runs, he makes every effort to participate in the fun,” his mother adds.

An apricot, on the other hand, is more closely related to a kitten. Because it is very early in the game, she does not yet have a distinct personality. She’s doing well for herself. She’s still sleeping a lot, learning to walk, and using the litter box. As Craig points out, she is taking slurry (which is a blend of wet and formula food). 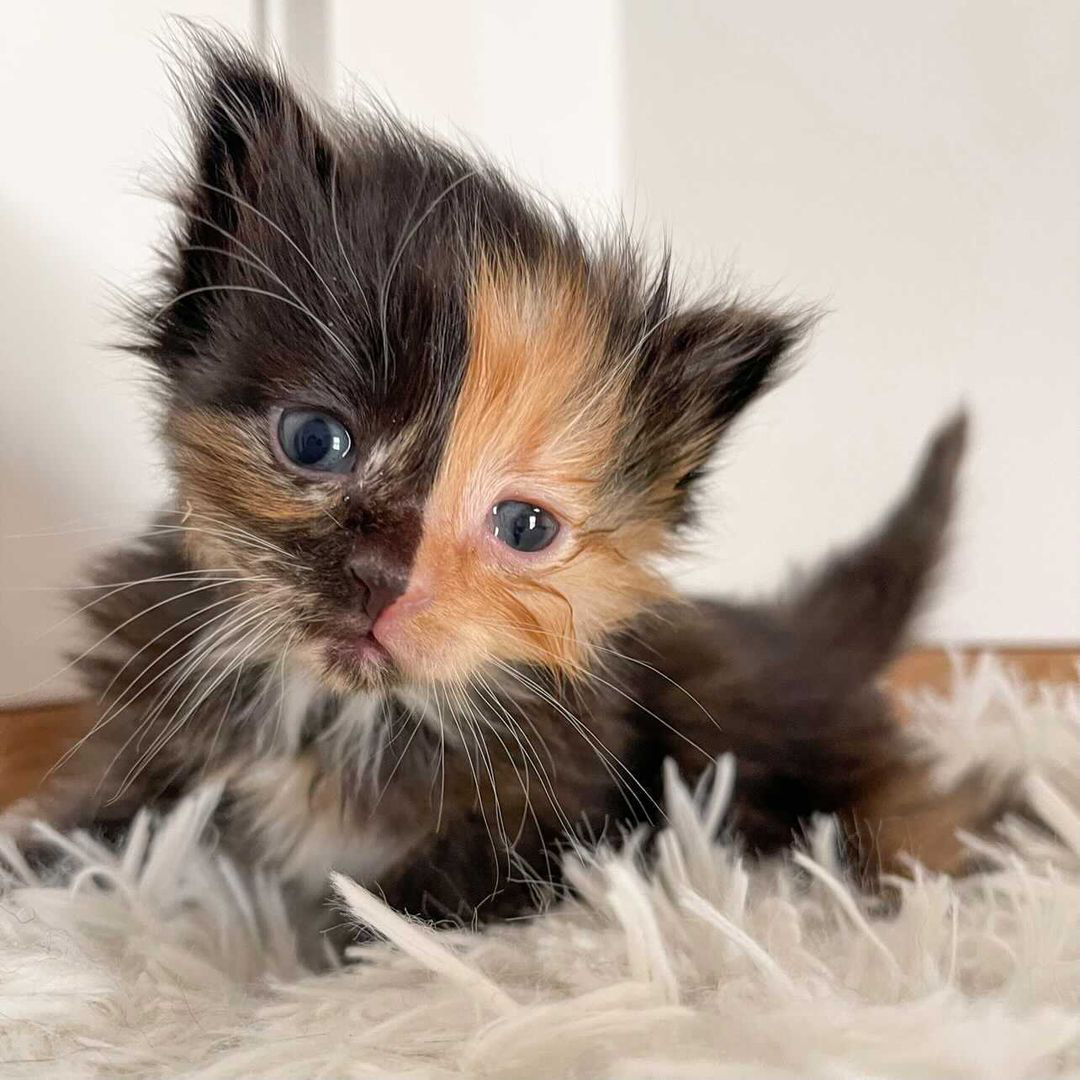 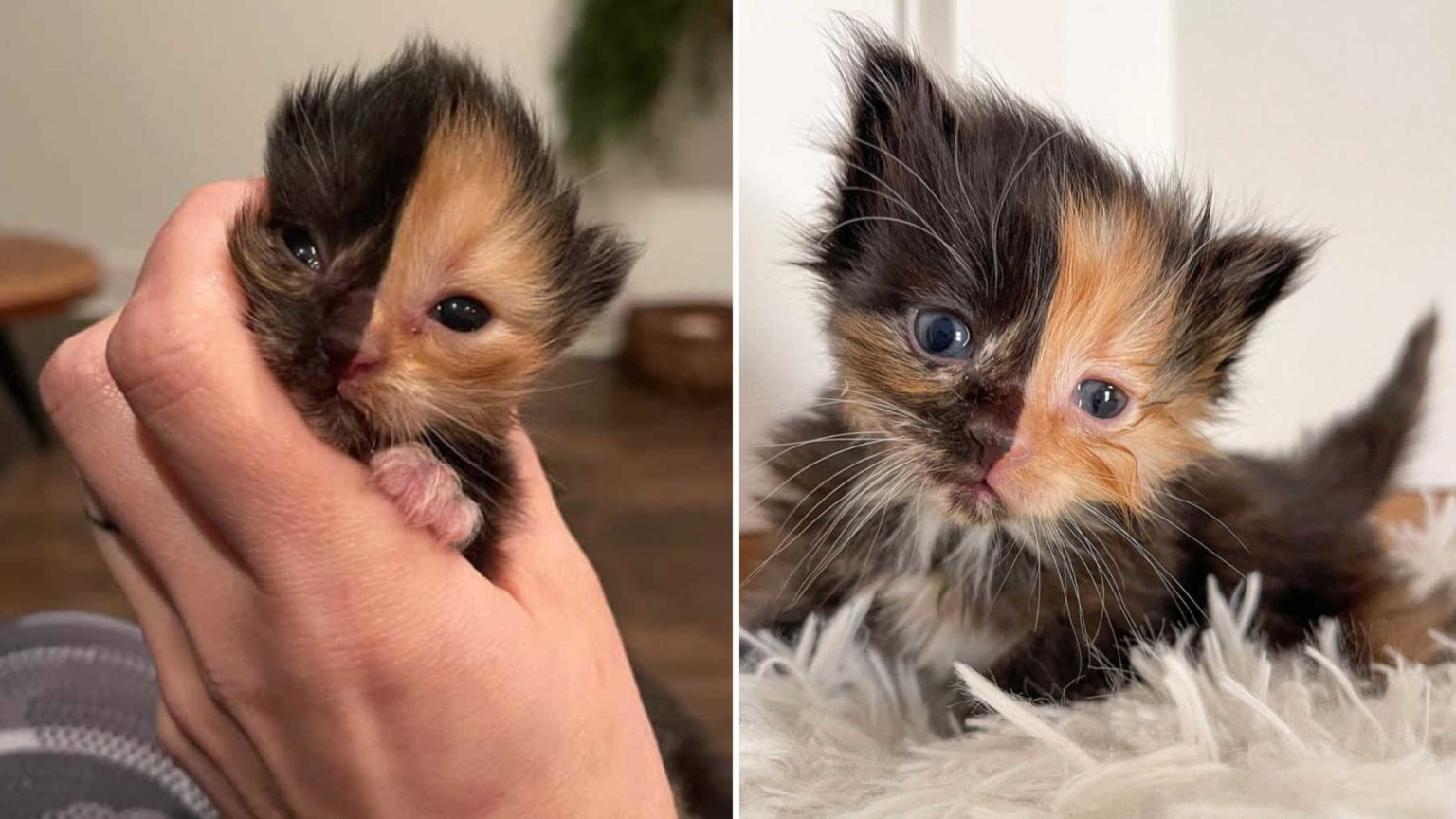