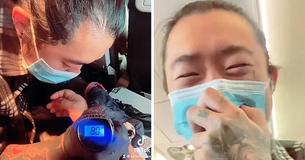 It appears like flying in an aircraft brings out people’s most peculiar and very distinct tendencies. There are sufficient potential points of failure between takeoff and landing for anything to go wrong, and the possibilities range from unusual animals used as emotional support to heated confrontations over armrests to plates of microwaved food falling off of tray tables.

Certain activities and equipment have been prohibited by airlines, which makes perfect sense given the need of minimizing any possible risks. No drinking to excess, no fireworks, and definitely no snakes. It is common knowledge that smoking is prohibited on airplanes, yet in modern times it is difficult to even conceive of the possibility of an open flame on board an airplane. 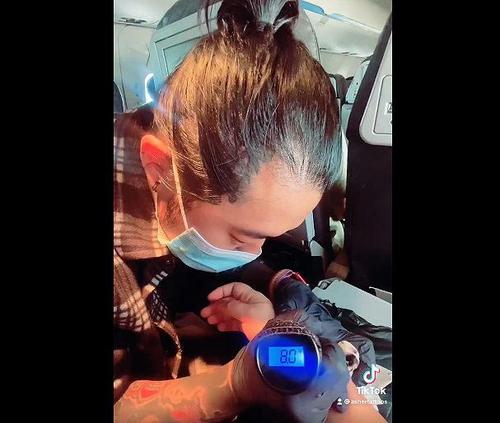 Despite this, there are still passengers who actively work to circumvent the restrictions. Taking apart smoke detectors, fighting flight attendants, and opening duty-free alcohol on board the aircraft are all unacceptable behaviors. The occurrences often wind up being posted on YouTube, where viewers at home express relief that they were spared the experience of being enclosed in a flying metal chamber with a naked passenger.

The audience of a TikTok broadcast in July 2022 was split on the question of whether or not the show’s performers had violated the stated or unwritten rule of in-flight behaviour. It just so happened that Asher, who is also known by the handle @luckyboytattoos, had sat down next to a young lady who was considering getting a tattoo herself.

Asher described their conversation later when he was speaking to the media. “She appeared a little bit anxious about being able to locate a shop and going in, so at first, I joked that I had all of my tattoo equipment with me,” Asher said. Asher was aware that they were not at a genuine tattoo shop, so he brought the necessary equipment with him. However, he also realized that they would need to be a bit flexible. Asher made careful to explain the process of getting the tattoo to his fellow passenger, who had become a customer, despite the fact that they were technically riding in a moving vehicle. 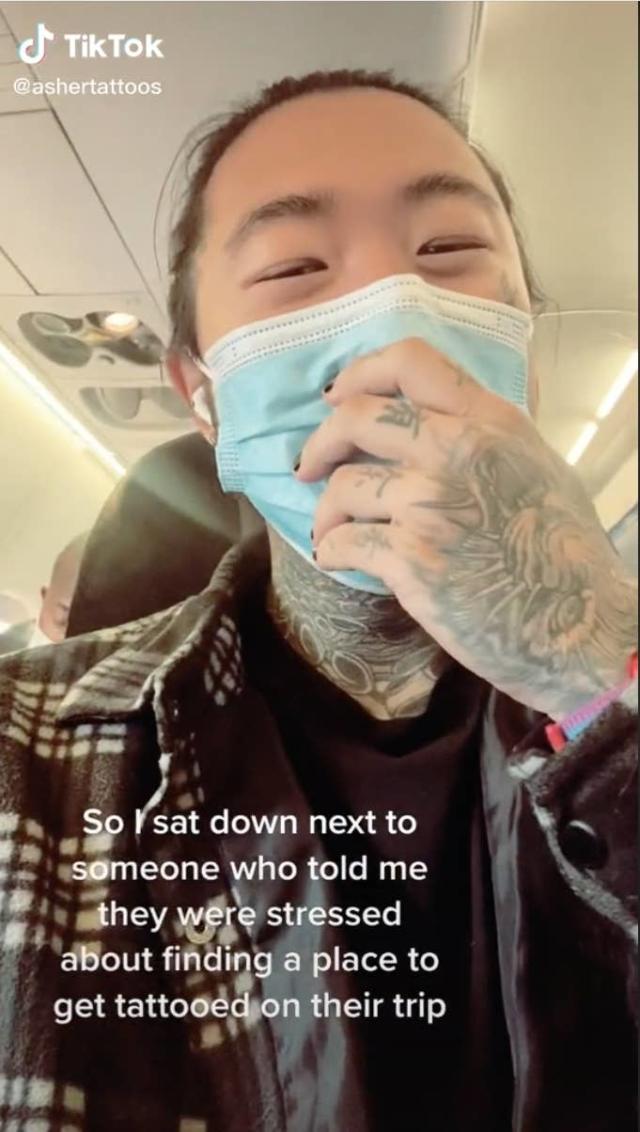 He proceeded by saying: “I did inform her that (the tattoo outline) would not be stenciled, but she was really receptive to the notion of the tattoo having character. She was also quite excited about getting the tattoo. Even the bumps and turbulence in the air were discussed.”

During the process of reaching the mile-high milestone, Asher also pulled out his phone and took a little TikTok video. Following the unexpected change of events, he informed his fans by writing on his website, “So I sat down next to someone who told me they were anxious about finding a location to be tattooed on their vacation.” He continued by saying, “We followed all sanitary requirements, including prep clean up and disposal,” which was meant to allay any fears that people who were seeing the initiative may have had over its potential dangers.

The video has been seen many millions of times. However, there were other people who did not approve of the woman’s new tattoos. Asher said the following in regard to the feedback received: “There are certainly mixed views, (of) a lot of people expressing how unique and great it was, but also a lot of people shutting down the notion and saying that it is unhygienic.” The artist had sympathy for their response and understood it. His explanation was as follows: “At the end of the day, I am aware that the location where the tattoos are being done is not the cleanest; but, we had a conversation about permission, risks, and knowing and trusting each other beforehand.”

However, he gave off the impression that he was pleased to have been able to have a memorable experience with a person who was unfamiliar to him before they boarded the plane. He remarked: “Getting a tattoo is, in my opinion, an incredible way to permanently memorialize a state of mind. In this particular instance, daring, openness, and greeting brand new experiences with a smile. It is a really powerful act to be able to recall and carry with you a piece of oneself that belonged to a previous incarnation.”