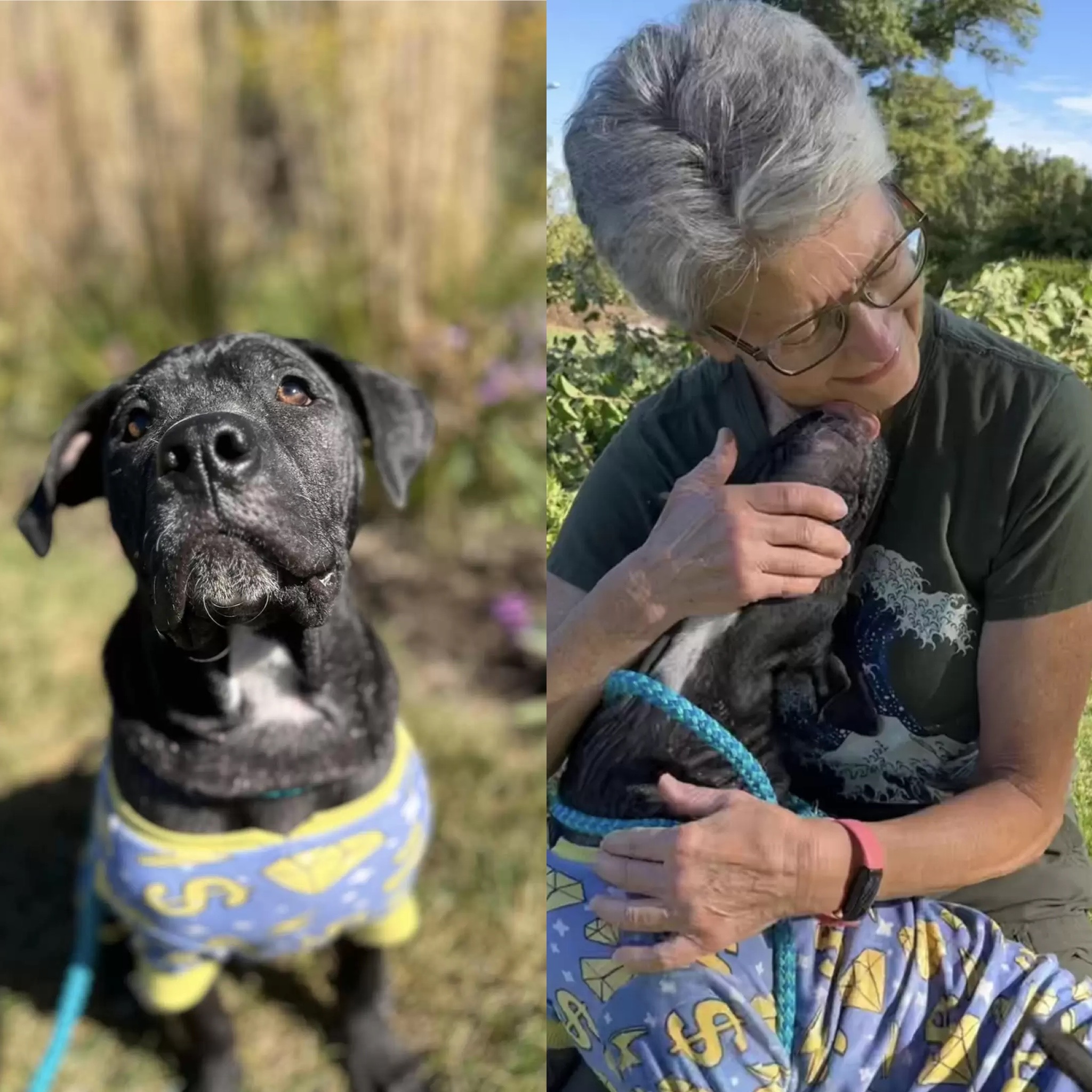 When employees at a cemetery in Missouri seen a shadow traveling around the graveyard one night, they did not feel frightened by the sight. Recently, there had been a large number of visitors, the most of whom were walking around on all fours.

They confirmed their suspicions the following day after getting a better look at their overnight visitor, which turned out to be a stray puppy. They contacted their friends at Stray Rescue of St. Louis because he was missing a significant portion of his hair and his feet were in too much pain to allow him to walk (SRSL).

According to Donna Lochmann, chief life saving officer at SRSL, many stray puppies find their way into the cemetery. This information was shared with The Dodo.

“They just get under the fence and decide that they like it because it’s quiet,” Lochmann said. “They have no idea that they are doing anything wrong.” Because it is such a large cemetery, there is plenty of room for them to get away from other people.

But considering that every wandering dog needs a safe place to sleep, Lochmann and the other employees at the cemetery hatched a rescue strategy almost immediately. They searched the entire cemetery in every nook and cranny, hoping to locate the lost pet.

After looking for quite some time, one of the members of the search team heard a disturbance coming from a shrub and discovered the dog curled up underneath it.

Lochmann snatched the puppy up and hurriedly took him to the veterinary clinic, where he received treatment for his skin condition as well as the wounds that were on his feet. They gave him the name Kamper, which is derived from the name of one of the tombstones in the cemetery where he was discovered. When Kamper’s condition began to improve, his carers at SRSL made the decision to take him back to the cemetery so he could reunite with the people who had helped him.

Kamper’s face lit up with joy the moment he made eye contact with the employees of the cemetery. He made a beeline for each of them and planted enormous thank-you kisses on each of their faces as he approached.

At the grave, Kamper said his final farewells to his buddies after shedding a few tears and exchanging several kisses. He returned to SRSL, although he did not remain there for an extended period of time. Kamper lucked out since the animal shelter was able to locate an immediately available and loving foster home for him. In addition to receiving regular medicinal baths and a new set of pajamas to protect his healing skin, Kamper is given the opportunity to play with his new canine siblings while he waits to be adopted into a loving permanent home.

According to Lochmann, “it’s so much fun to watch him play and be happy, knowing that he’s no longer this fearful, sick dog struggling to survive on the streets.” “From here on out, all he has to do is be a puppy.”