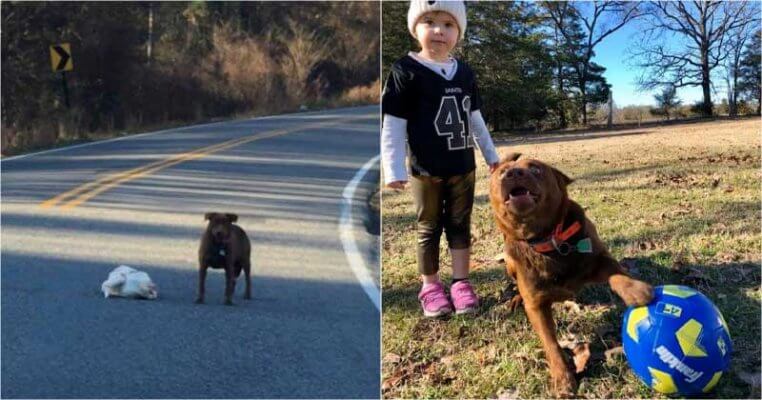 There are times when our dogs are unaware that they are getting themselves into trouble with their “projects.” They are so pleased with them that they can hardly wait to brag about them to their human companions. When a dog makes a mess, it is not unusual for his mother to stare at him with innocent eyes as she is cleaning up the messes he produced.

The dog in this tale, named Nola, is really a girl who is naughty and full of mischief. She was caught in the act of red-pawing on the road when he was standing next to her with a frozen Thanksgiving turkey. The dog’s expression betrays her inability to contain her enthusiasm. She is proud of herself and believes that she did an excellent job. 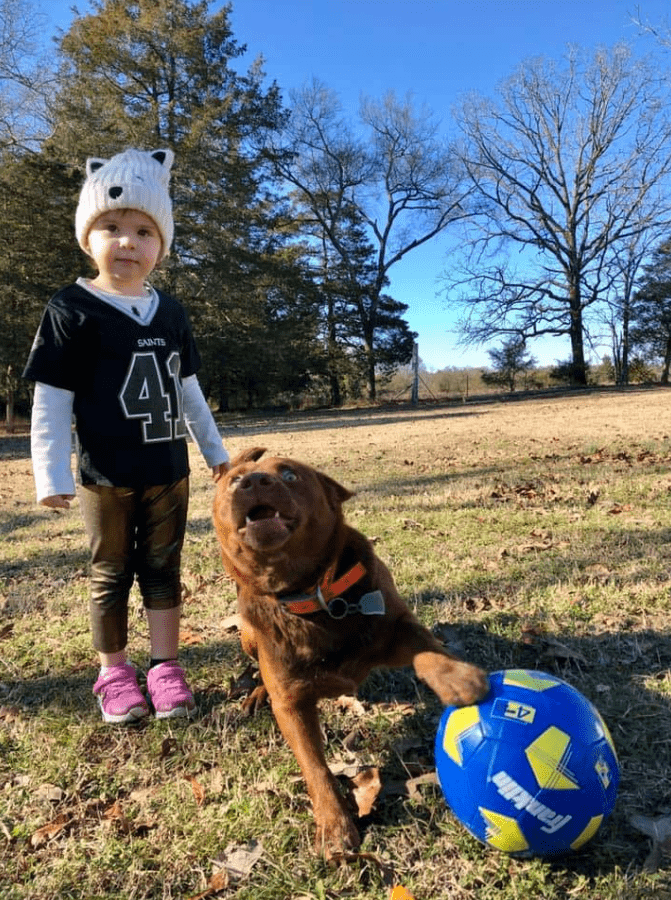 Near the vicinity of Round Mountain in Conway, Arkansas, Jenny Jones and her companion Kathy Wyrick saw the occurrence as they were driving in the center of the road.

Nola was there, standing in front of them with a big uncooked Thanksgiving turkey on his side.

According to what Jones reported, “He had stopped in the middle of the road and was proudly showing his treasure.” 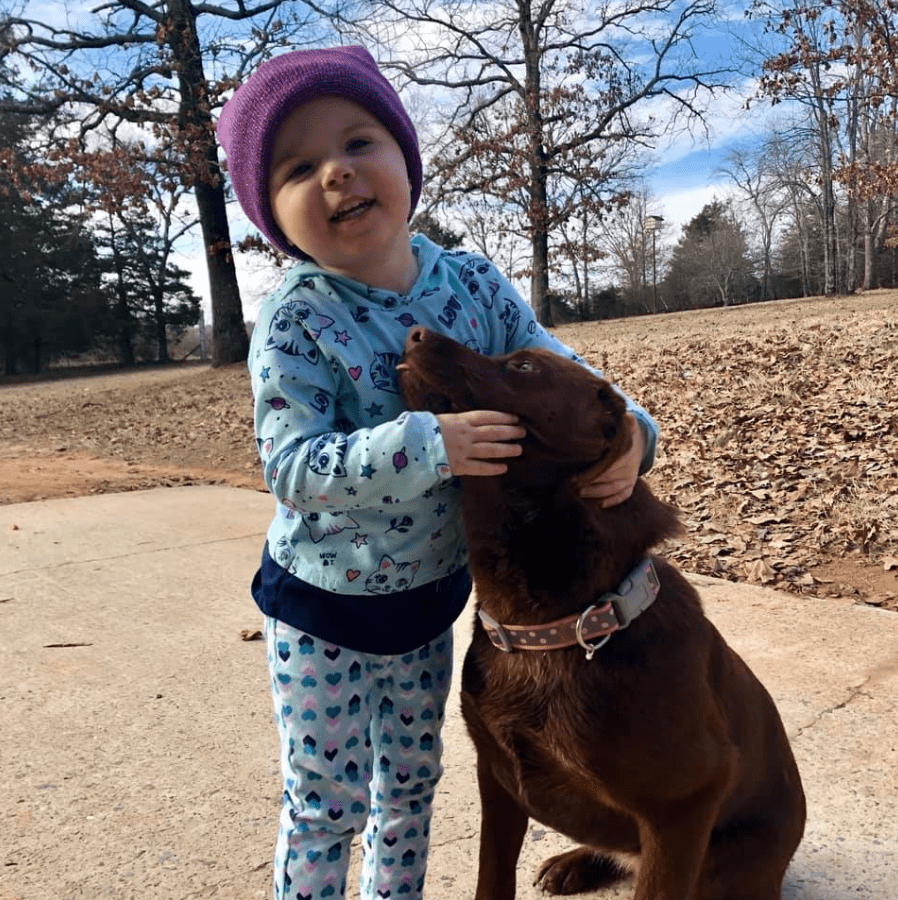 They quickly pulled out their camera to take some shots of the dog and her look once they realized how humorous the event was and wanted to remember it.

After some time, Kathy uploaded the photo on Facebook with the caption:

“Has anyone forgotten about their frozen turkey? If that’s the case, this Conway dog flaunted it in the Round Mountain region with pride. 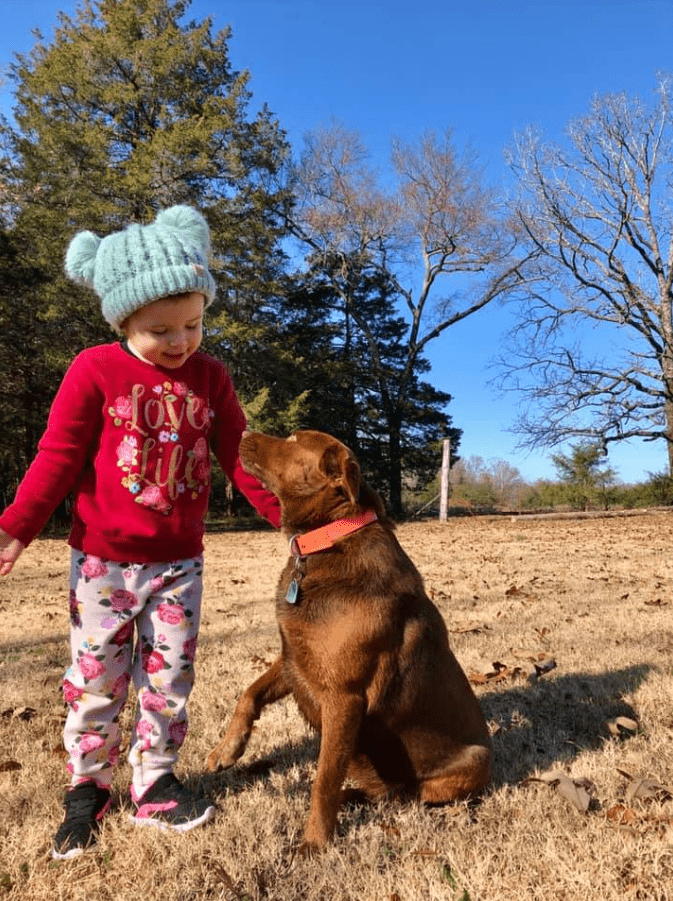 Kathy continued by saying, “He had stopped in the middle of the road and was proudly showing his treasure.” After the picture was shot, he picked it up and continued on with his life.

The photo of the dog laughing so cutely went viral very soon. Everyone fell in love with the lovely puppy that was sneaking about. They were also curious about how the dog had managed to get a hold of the turkey in the first place. 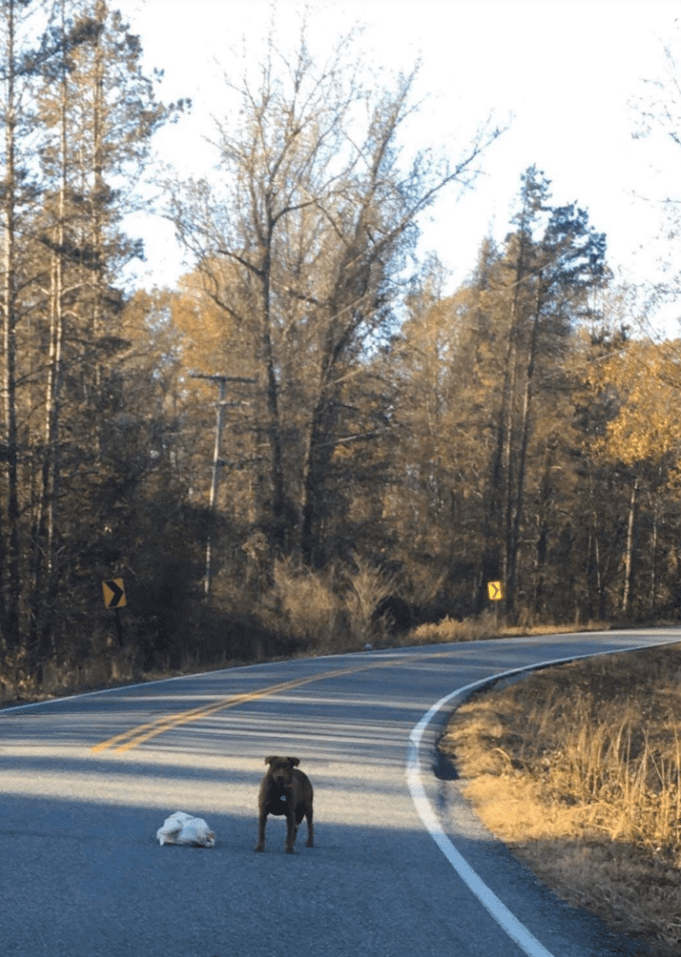 Cole Baker, who is Nola’s human, recently posted a picture of the two of them together on social media with the caption, “For everyone wondering, her name is Nola and she is safe just a little bit on the full side.”