After receiving a cancer diagnosis, a daughter and her father decide to go on a “bucket list” adventure together… 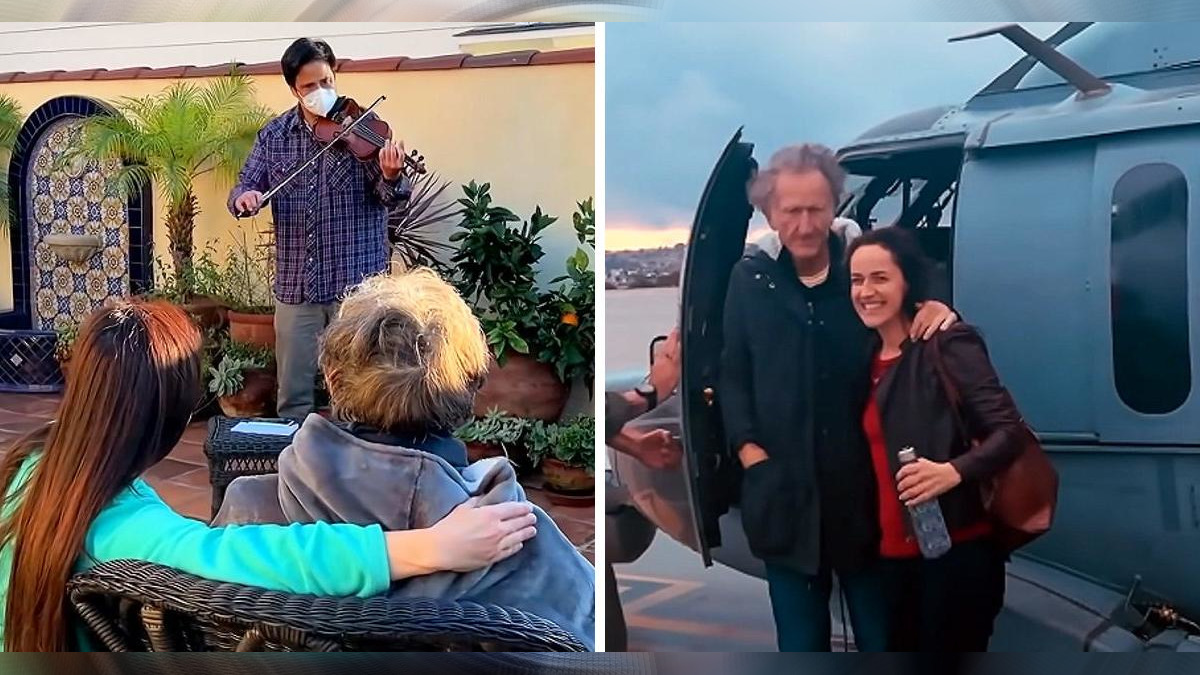 The question “what would you do if you knew you didn’t have much longer to live?” is a common one, despite the fact that it might make people feel anxious. What would you do if you were suddenly given a date by a genie, a time traveler, or a doctor? How would you choose to spend your short time on earth? Summit Everest? Who wants to run with the bulls? Eat more bacon, would you?

Patrick Mitchell, a native of San Diego, California, was 72 years old when he was told he had stage 4 pancreatic cancer. Although he was upset that he would not be joining the centenarian club, he believed he still had enough time left to enjoy life and have some good times. Vanessa Mitchell-Delmotte, her father’s 38-year-old daughter, made the decision to accompany her ill father on his mission to pack a little bit of excitement into the last month of his life.

Then, Mitchell-Delmotte and her father came up with the idea to use Mitchell’s remaining time to fulfill an old-fashioned “bucket list” of activities by crossing off any and all adventures that they could think of. On the other hand, the two were a bit confused about how to get started. They decided to make a request for suggestions to their community since they were somewhat constrained by Mitchell’s health and energy levels. 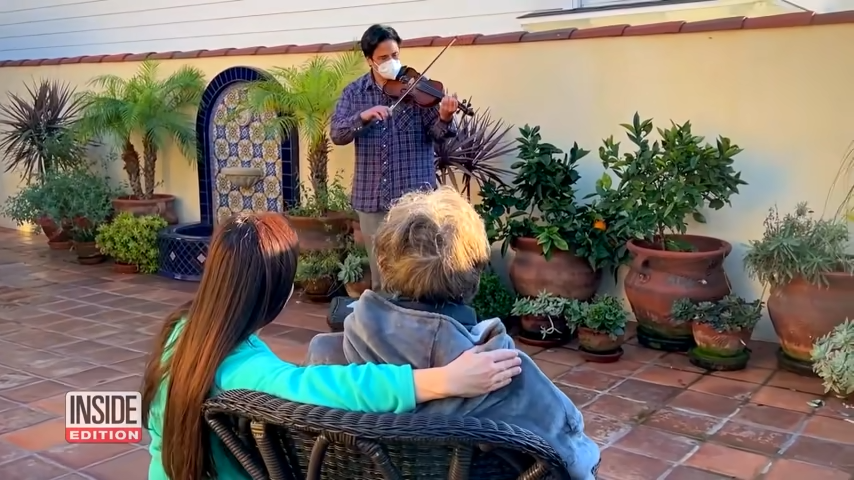 Mitchell-Delmotte posted a message in the Facebook group titled “Coronado Happenings” in which she posed the question, “What should a dying man do on his bucket list?” She didn’t beat about the bush and came straight out and said it: “My loving dad has pancreatic cancer at stage 4.” I’ve decided to take the month of December off from work so that I may participate in some bucket list activities with him. Does anyone have any suggestions? They reasoned that, given the size of the group, which is close to 30,000 strong, there was a good chance they would receive some suggestions that went beyond the normal tourist destinations.

Later, while discussing her message with the Washington Post, Mitchell-Delmotte said, “I loved the concept of doing something that wasn’t touristic; something you couldn’t Google.” 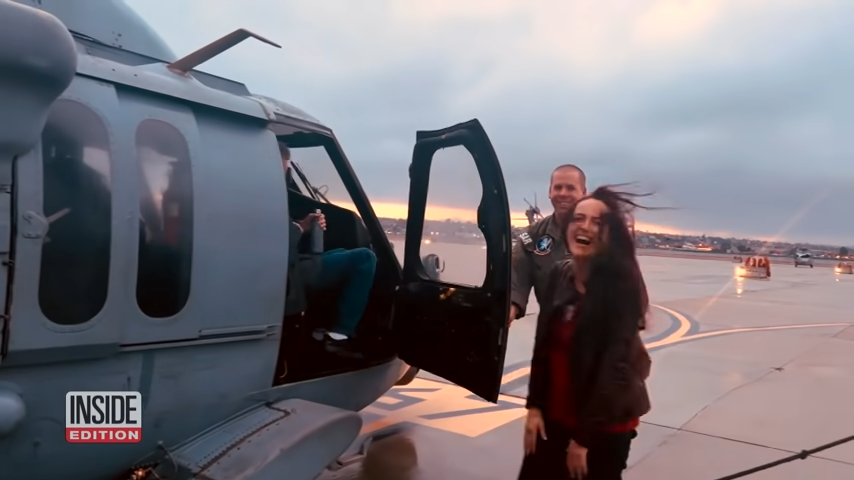 Before Mitchell passed away on January 11, 2022, Mitchell-Delmotte wished for him to have the opportunity to participate in some of life’s most unusual experiences. She made the observation that he seemed like the sort of person who would want to be able to say after completing an item on his bucket list, “You’re never going to believe what I just accomplished.” The answer that was obtained was something that could never have been created by a search engine.

Innumerable total strangers got in touch with us, offering all sorts of mostly local experiences. These ranged from exclusive tours of helicopter hangars to VIP performances of “The Nutcracker.” “to a session of horse therapy, a private surfing lesson, a family photo shoot, piano lessons, a painting session, and a staycation at a local hotel; the possibilities are endless. There was no cost associated with any of them. And all of them came from unfamiliar people. They would soon discover that each individual has their own unique motivation for reacting and giving some portion of their lives to the cause. 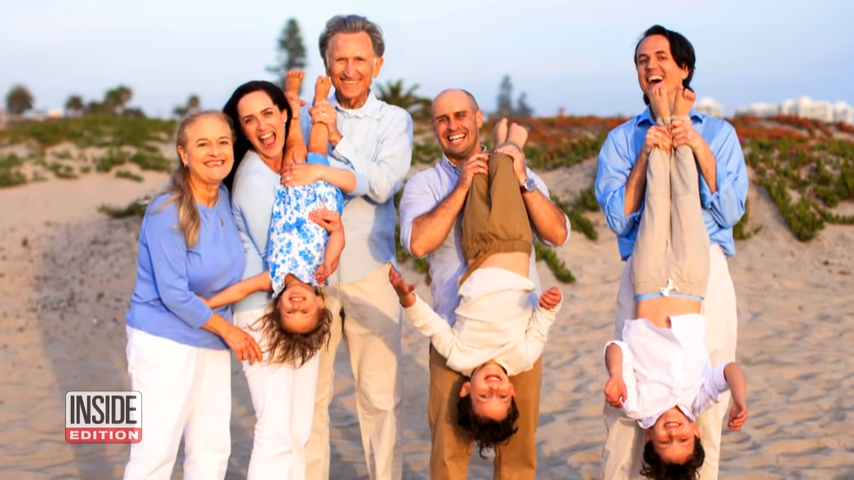 A tour of a United States Navy helicopter squadron was provided to Julie Wright, whose husband, Justin Wright, was a search-and-rescue swimmer in the United States Navy. According to what Wright shared with The Post, “Having having gone through cancer and nearly losing my own mother last year, I had a little notion of what Vanessa may be going through… The tale is never the same, but I got a sense of it. It struck me right in the stomach.” 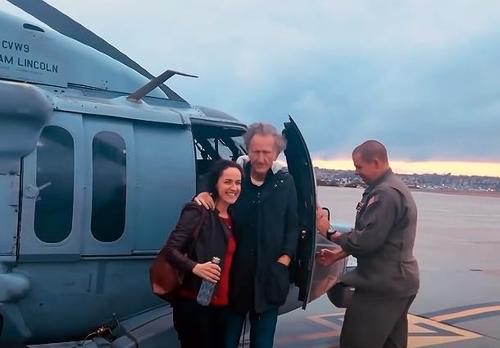 Vickie Quinn was thinking about her son, Stephen Quinn, who is paraplegic and is the recipient of a great deal of assistance and generosity from the family’s neighbors. She said to the reporters from the Post, “People in the Coronado neighborhood have been so kind to our family, particularly to my kid, and we are so thankful for all of their help… I figured that this was the very least that we could do for you.” She said, “If you have an excess of love to share, you should give it.” Perhaps in the hopes of inspiring others, she said this.”