The question “Why am I not good enough?” from a 7th grader goes viral… Watch it to know why… 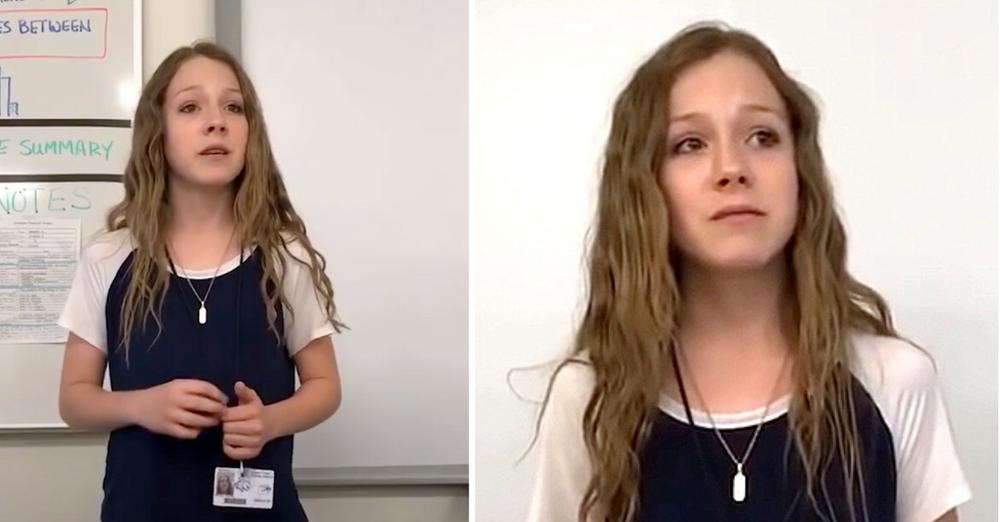 Many adults agree that junior high school was probably the hardest time of their lives. But none of it had anything to do with school. The worst thing about those years was having to go to school every day and feel awkward because of all the social pressures. Many of us wouldn’t even go back if we were paid!

Even thinking about all the things we felt and did in junior high school is hard. So, can you picture yourself in seventh grade talking about them to a room full of people? Nope, not me.

The one-seventh grader had the guts to stand up in front of her classmates and read a powerful poem she had written.

Olivia Vella went to the middle school in Arizona called Queen Creek Middle School. In the spring, her writing teacher told her to write an end-of-year poem and then read it in front of the class. But Olivia didn’t choose an “easy topic.” Instead, she did the opposite.

“Why am I not good enough?” asks the seventh poem. grader’s and it talks about things that happen in real life.
Olivia reads her poem for a full six minutes. It tells the story of a day in her shoes. She talks about how hard it is just to get ready for school. For example, she has to wear clothes that are in style so she doesn’t become a “laughing stock.” 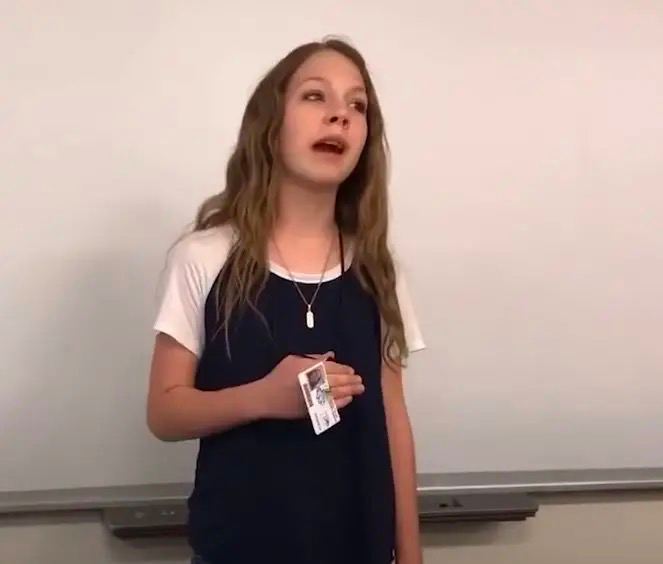 “Your whole outfit is uncomfortable, and you spend hours trying to look nice, but you’ll never be as good as those other girls at school, no matter how hard you try.”

Olivia’s words are full of feeling, and so is the way she says them.

In the video, Olivia’s poem, “Why Am I Not Good Enough?” is a brave way for her to tell her classmates how she feels. She talks about what it’s like to go to school and deal with people who judge, criticize, and want what you have. She talks about her low self-esteem and bad thoughts, and she says that her mind is racing.

For a few minutes, it gives an interesting look into the lives of many teenagers.

“When you look at other girls, you wish you were like them, but when other girls look at you, they wish they were like you.”

Brett Cornelius, Olivia’s writing teacher, told ABC News that the other students were “in awe” of her.
Her poem ends in a strong way:

“But people are wrong. You are loved, important, beautiful, talented, capable, and deserving of respect, you can eat that meal, and you are only one in seven billion. And most importantly, you are enough.”

The seventh-teacher graders and classmates were amazed by her that day. When the video was put on the internet, other people were also amazed.

Olivia’s presentation of a poem quickly went viral, and people all over the world were moved by it. Cornelius said in an interview with ABC News that her speech was…

“filled with raw passion, fear, openness, and a lot of courage has made waves all over the world, and I’m so proud of her. She is the captain and hero of this ship of self-love, and I’m proud to call her my captain.”

Online, Olivia’s video has been seen by a huge number of people. The video below has more than a million “likes” on YouTube. She said to ABC News,

Press the play button below to hear Olivia’s moving poem. Just be prepared to need a tissue! 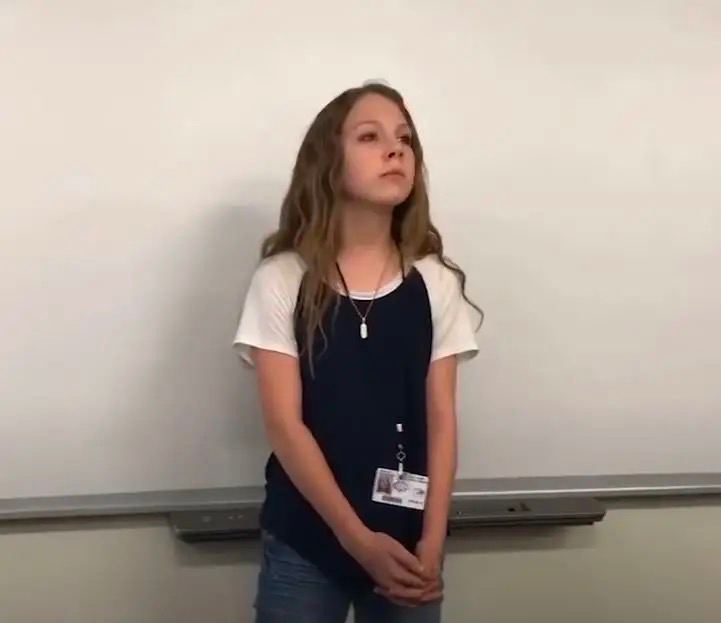