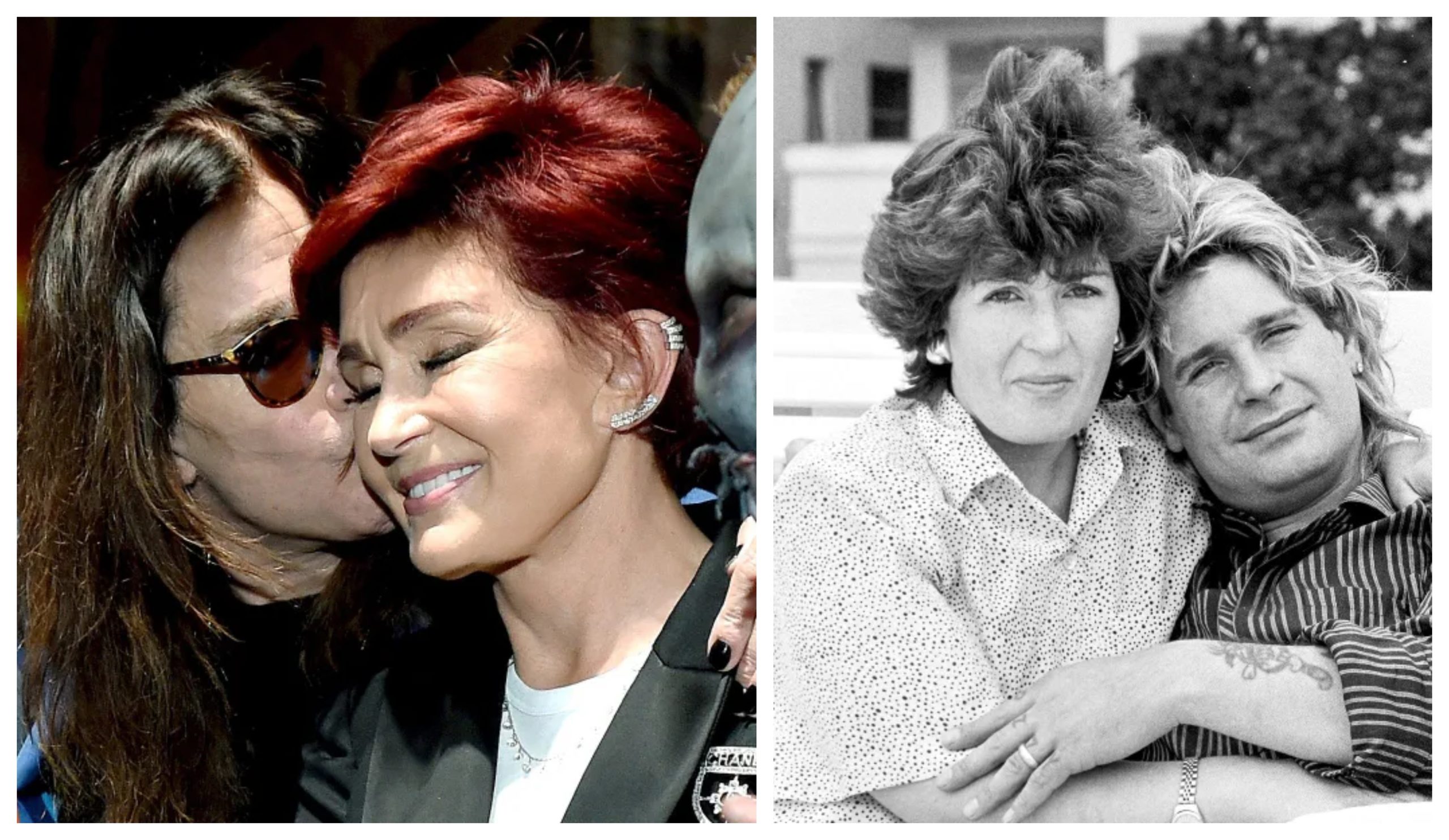 Sharon and Ozzy Osbourne seemed like an odd match because of how different they were, but their love for each other was stronger. Even though they came from different places, they supported each other and made a fairy tale that lasted for 40 years. Here is a timeline of how they got together.

The Osbournes are made up of many talented people. Sharon was a TV personality and judge on talent shows. She also took care of her famous rock star husband, Ozzy. Aside from their successful careers, though, these two have a great relationship with a strange past.

When they first met in 1970, everything started. Sharon was 18 years old when she started working as a receptionist for her smart music business dad, Don Arden. Don wanted to work with the best artists, and he had just signed a rock group called Black Sabbath.

The singer for Black Sabbath stopped by Don’s office. When Sharon first saw Ozzy, it was at this time. The young receptionist did not fall in love with him at first sight because he looked kind of scary. Sharon said this about their first meeting:

“Ozzy walked into my dad’s office barefoot and hung a water faucet around his neck. He then sat down on the floor. I was really scared.”

Even though she said that at the time, Sharon and Ozzy fell in love nine years later. The musician was married to Thelma Riley at the time. Jessica and Louis were their own children, and Ozzy took in Elliot, who was Thelma’s son from a previous relationship.

In the end, Ozzy and Thelma got a divorce, and he started dating Sharon. Even though they were in love, Sharon didn’t say yes the first two times Ozzy asked her to marry him. 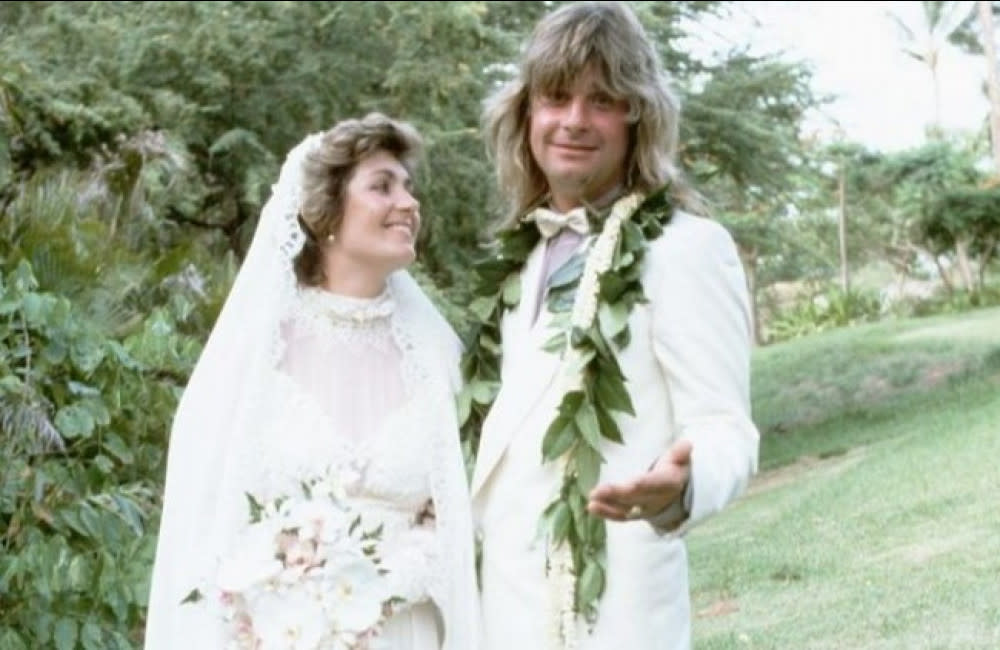 Before she agreed to marry him, he asked her five times, each time with a different ring. Their fights caused the delay. Sharon said, “Every time Ozzy asked me to marry him, we’d fight, and I’d throw the damn ring out the window.”

During a heated argument at a hotel, Sharon threw a $10,000 ring out the window. The couple spent two days looking for the ring in the hotel’s garden. Sharon finally agreed to spend the rest of her life with her weird lover.

In 1982, Ozzy and his young bride walked down the aisle for the second time. They had three kids quickly after that. Their first child was a girl named Aimee. Then they had a daughter named Kelly and a son named Jack.

As their relationship grew, they ran into problems because they came from different places and had different values. Their attitudes, the way they dressed, and how they dealt with problems all showed that they were different. In an interview in 1989, the rock star said:

“There isn’t much we agree on.”

Even so, they tried to find a middle ground, which helped them build a strong relationship. Sharon tried over and over again to get her husband to stop getting tattoos, using drugs and drinking. This led to a lot of fights, but in the end, he stopped being so strange.

Ozzy had trouble getting rid of his demons, and he almost lost his wife because of it. In 1989, the award-winning performer beat his wife while he was high on drugs. He was arrested for attempted murder. Even though Sharon didn’t leave her husband, he did go to rehab for three months. 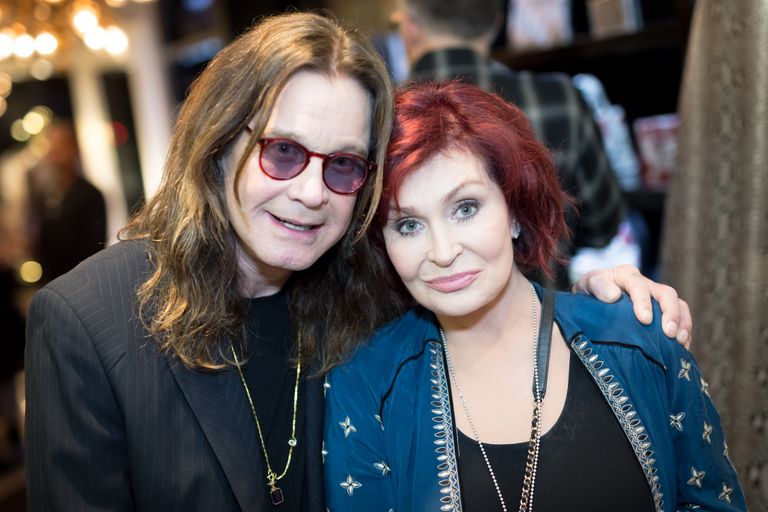 After being arrested, the couple eventually got back to being a family, and everything seemed to be fine. But in 2013, there were rumors that they might be splitting up. Ozzy went on social media to talk about the talk. He wrote a teary-eyed post in which he apologized to his family and friends for relapsing and told them he had been clean for 44 days.

The rock star also said that he was still with his wife and that he was working on improving himself. But sources said that Ozzy and Sharon had split up three years after he promised to be the man his family needed. A person in the know said it had nothing to do with how sober he was.

Instead, the close source said that he had an affair with Michelle Pugh, a colorist at the expensive Meche Salon in Beverly Hills. When the news came out, Sharon told her TV viewers that it was true and that she had kicked her husband out of the house.

The woman, who was 63 at the time, said she was ready for a fresh start and was going to make lemonade out of her problems. Sharon said this while telling her own story on “The Talk,” which she co-hosted:

“I really can’t say enough good things about how much people have helped me. Because they said they love me. I really feel like I’m in charge, and I’ve found this inner strength that makes me go, “Right.” OK. What comes next?”

The couple didn’t expect to see each other again, but they did. Ozzy felt bad and tried to win back his wife. The couple went to therapy, and after two months, they fell back in love.

In an interview, the heavy metal singer didn’t waste any time telling everyone that they were back together as a couple. He told Jesse Palmer of GMA that it was just “a little bump in the road” and that “you get back on the horse, you know.”

Aside from the role therapy played in bringing them back together, Sharon boldly admitted that she didn’t end the marriage because of her own actions and the guilt she felt. 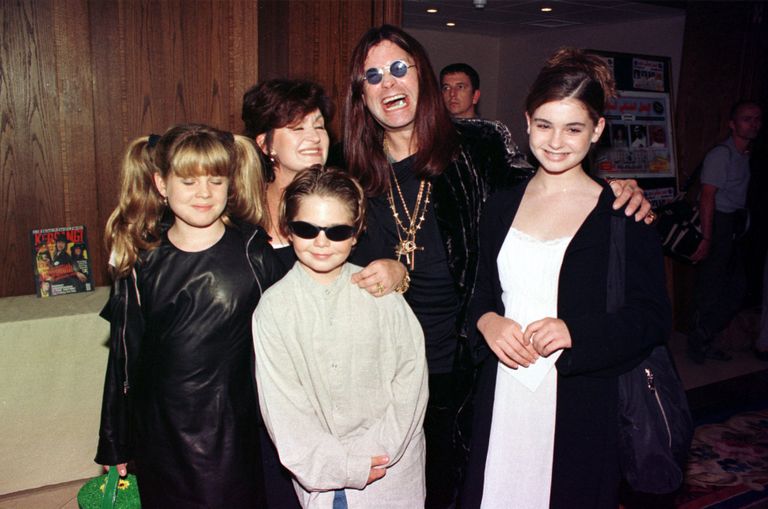 The TV personality said that her husband’s fame made him vulnerable to these kinds of relationships because so many fans would throw themselves at him, which might have boosted his ego.

She thought the scandal was because she didn’t get compliments often enough and was too busy to show emotional support. Sharon also talked about what made her want to forgive. In her words:

“I forgive. It will take a long time to trust, but we’ve been together for 36 years, 34 of them as husband and wife… I can’t imagine living without him.”

On the other hand, Ozzy will always be grateful to his wife for trying to keep their marriage together. In an interview with 2020, he apologized for what he had done and said it was all in the past. In fact, they haven’t had any more cheating problems since they renewed their vows in 2017.

After 35 years of marriage, the couple went to the Wynn Hotel in Las Vegas to say their vows again. The small ceremony drew attention to the fact that they were starting over. Sharon said that she didn’t want the party to be too loud.

Ozzy was so happy about the moment that he went on and on about it. He said that it felt good to share such love with his leading lady, with whom he was excited to share the future. Sharon was ready for a new start, but she talked about her past and what happened to make them split up. 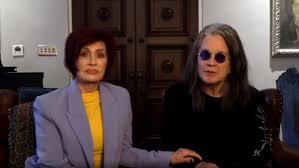 In 2017, the TV star shocked the world when she said that her husband’s affair with the hairstylist was not his first. She said that in the past six years, he had been with more than four women, all of which she had to deal with.

Sharon found out about his latest affair by accident. Her husband accidentally sent an email to her instead of Pugh. That’s when she figured out that “He did it to make himself feel better in some way. I felt like the life I had been living wasn’t even mine.”

That wasn’t the only truth about their marriage that came out. Sharon talked about their early days together last year. She admitted that it became very volatile because they often got into fights that hurt each other.

All of that is over now, thank goodness. Ozzy has said more than once that he is grateful for his family and on his best behavior. From what the performer said:

“I got a wake-up call, and it’s a good thing she didn’t leave me. I don’t feel good about that. I was really mad at myself. But I hurt her deeply.”

Even though they have hurt each other emotionally, fought physically, and used drugs for years, they are still together. They just celebrated their 40th wedding anniversary a few days ago. Sharon posted an old picture of her and Ozzy holding hands with the sweetest caption:

“The year 2022 is important to me. It’s been 40 years since I’ve been married to my sweet Ozzy… Always there for each other.”

Ozzy also sent a sweet message to the woman he has been with for a long time. The rock star put up a picture from their wedding and wrote a short note about his wife. 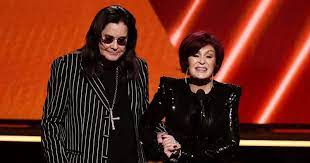