In Ukraine, Alexei Surovtsev is a well-known figure. With his work as an actor, striptease champion, and contestant on his country’s version of Dancing With The Stars, he has gained a large following. However, Surovtsev’s most memorable performance to date has been that of a hero.

As a result of his efforts to rescue trapped pets from combat zones in his hometown, he has acquired the moniker “Cat Saviour of Irpin.” Surovtsev’s official title is “Pet Savior,” but “Pet Rescuer” is a more realistic description since he also saves dogs and other animals in need. One of his Instagram posts depicts a couple of chinchillas that he assisted in rescuing from the debris of the city. 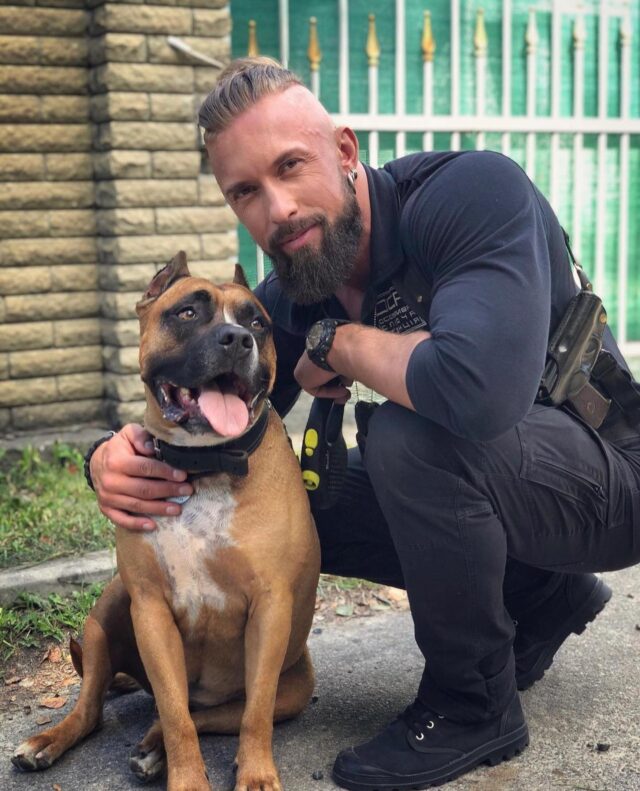 In his spare time, the buff animal lover ventures into Irpin’s most perilous locations, where he returns with “20 to 30 tails” every day, the most of which have been abandoned by their fleeing owners. Some are reunited with their biological families, while others are entrusted to friends who will take them to other cities and countries on their own initiative.

Surovtsev’s social media posts also show him caring for a large number of animals in his own house, where he provides food, water, and a great deal of tender loving care. Others are sent to the ASTI clinic, which he refers to in his writings as a place where ill or injured animals may get medical attention as well as temporary refuge.

Even though many people have returned to their houses, Surovtsev adds, “there are still a large number of animals on the streets.” “We provide food and drink for everyone. Within a week, we will have completed the construction of additional shelter rooms at the ASTI clinic, allowing us to accommodate even more animals there.” He goes on to explain that a website is being developed to identify the animals available for adoption, and he concludes by saying, “the tailed ones are very much looking forward to meeting you and hope that one day they will be reunited with their families.”

A quick look at Surovtsev’s video updates reveals just how valiant his efforts have been so far. In one video, he enters a burning building and emerges with a litter of defenseless kittens, which is seen on camera.

Meanwhile, in another, the sound of gunfire can be heard in the background as Surovtsev searches among the debris of his hometown in search of the city’s most innocent victims. It seems that this is something he performs on a daily basis, according to the post.

“Yes, that is quite risky! Yes, it is difficult! Yes, it is frightening! But it’s only when you look into these terrified and committed eyes that you understand everything has not been in vain,” Surovtsev adds. Per Global Happenings, Surovtsev has won three striptease championships and has been awarded the greatest stripper in Ukraine three times, most recently in 2007. Aside from that, he has been on the Ukrainian version of Dancing with the Stars as well as a television detective drama called Sled.