The firefighter receives an adorable kiss from his rescued husky… Why? Find out below… 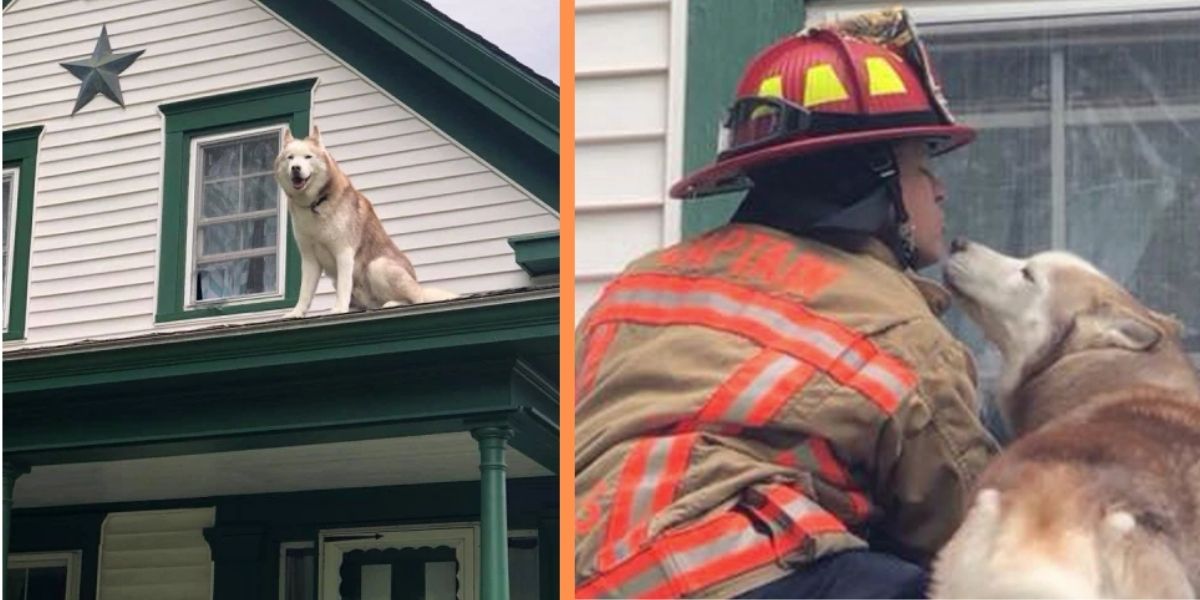 Having been rescued from an impossible situation, a Husky couldn’t keep his happiness from spilling over onto his newfound companion, a firefighter.

The cunning husky was able to fit himself through an open window on the higher level of his house and out onto the roof with relative ease. 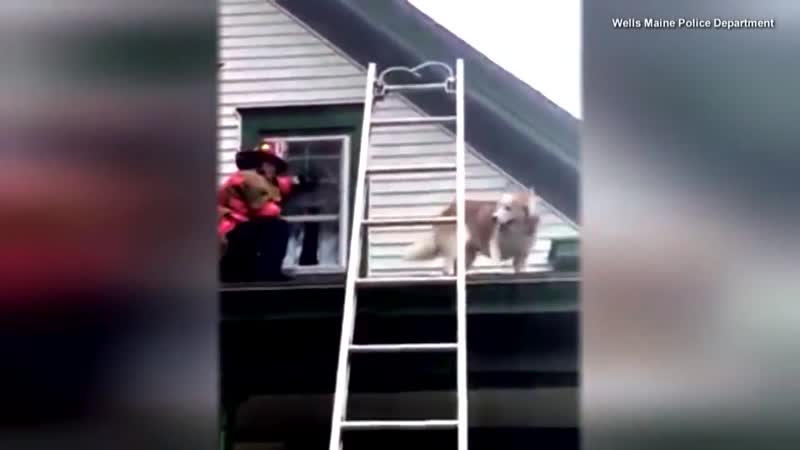 While the dog himself didn’t seem to be overly concerned about the situation, a concerned neighbor called 911 and waited underneath the dog until emergency personnel came to assist. 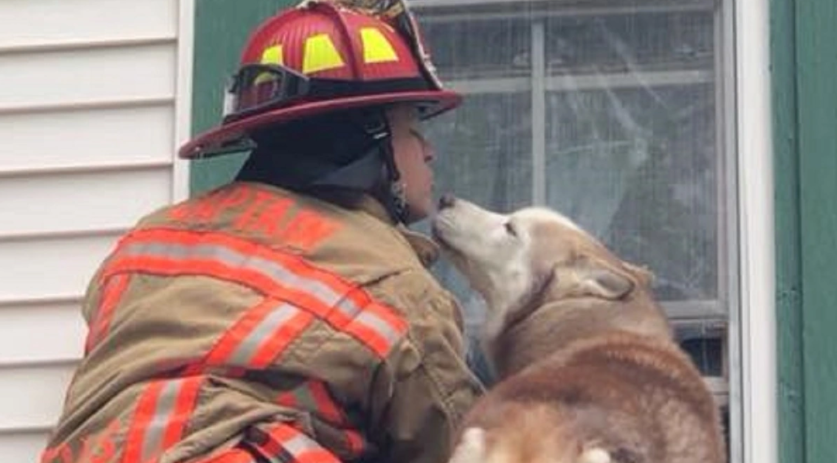 ‘Wells Fire Department Captain Jeff Nawfel was able to rescue this lovely puppy who had managed to slip out onto his roof and been trapped,’ says the dog in a thank you kiss.

Captain Jeff Nawfel of the Wells Fire Department made his way onto the roof to remove the dog from the scene, which was captured on film. While he attempted to properly remove the window and carry the pup back inside, it was evident that the pup had no desire in returning to the house.

Seeing as how the husky was reluctant to return through the window, he chose to take a seat next to the fireman while he was at work. 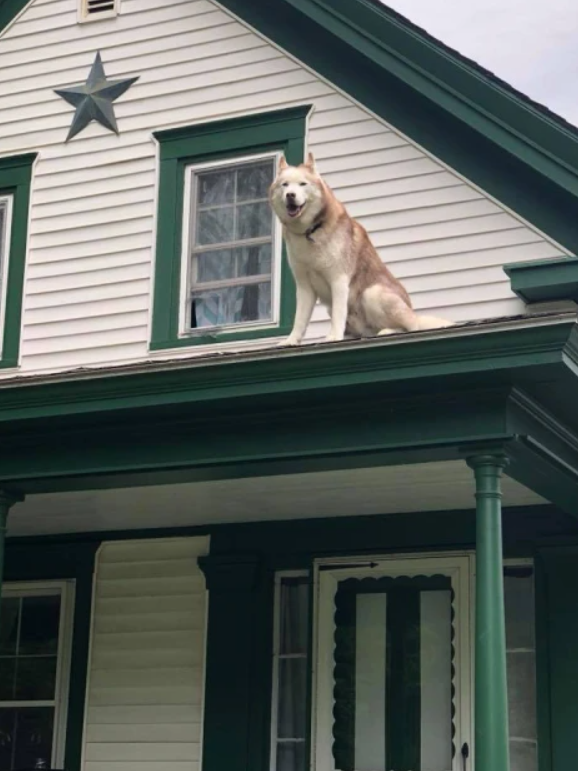 When the dog realized that Captain Jeff was there to help him, he embraced him and kissed him on the cheek to express his gratitude for his efforts!

Fortunately, the dog did not suffer any injuries as a result of his excursion onto the roof.