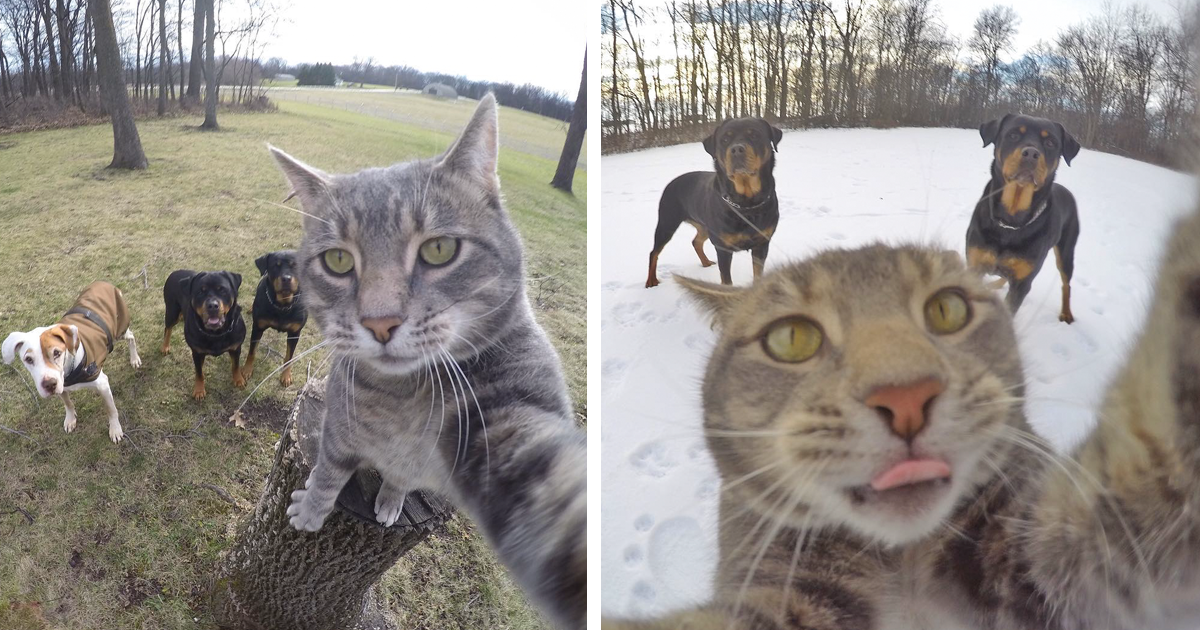 Manny the cat, according to his owner, enjoys taking selfies! In fact, one might argue that he is the undisputed maestro of the selfie in the feline realm. It all began when Manny’s human put up his GoPro to take some footage, and Manny stretched out and pressed his hand on the camera. Manny’s selfies have become an online hit since then, owing to the popularity of Instagram.

Manny is known as the “Boss of the Dogs!” as seen in his photographs. “Manny is attracted with GoPro cameras,” his owner, who goes under the name Yoremahm on Instagram, said of the dog. Whenever he sees one, he extends his arm in the direction of the camera, resulting in a picture-perfect selfie stance.” Manny was a stray that arrived up on Yoremahm’s doorstep soon after the death of the family’s previous cat, and the two have been together ever since. Scroll down to see all the pics below…