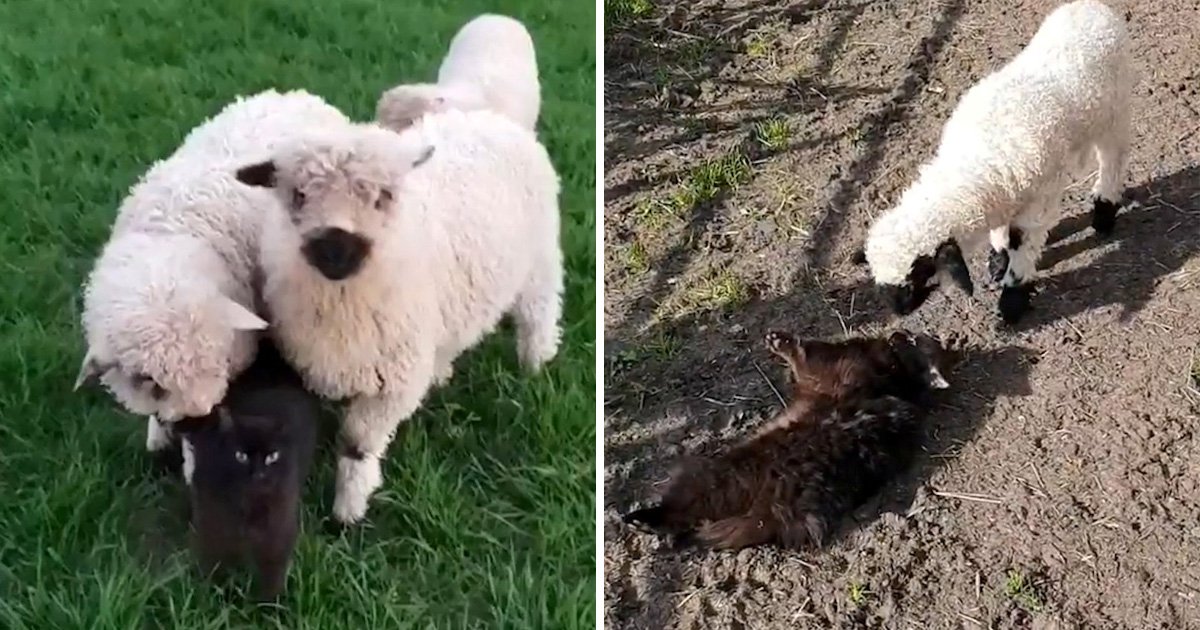 When he was four weeks old, Ali Thom, the owner of the farm where Ed was discovered, took him in as her own.

Despite this, it didn’t take long for the chocolate brown cat to settle into his new surroundings at the Arnbeg Farmstay near Stirling, where he became fast friends with two sheep named Iona and Cloud.’Ed,’ says Ali, 52, who adds Ed, who is two years old, enjoys playing with the lovely sheep. 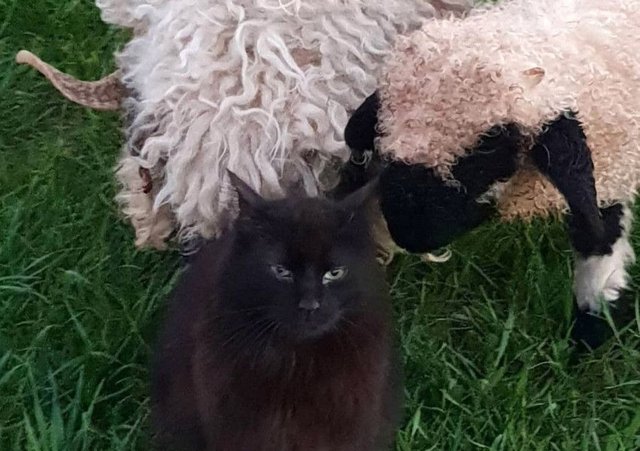 She said: “When I found him I was walking the dogs and I heard a noise so I went to investigate and I saw him at the edge of a road.

“It was a fortuitous discovery since I have no idea what type of breed he is or whether he was abandoned, but he seemed to be in desperate need of assistance.”

“I’ve never encountered a cat as friendly as this in my life – he’s completely unafraid of any of the farm’s animals, which is unusual.”

“However, for some reason, he is fond of sheep. 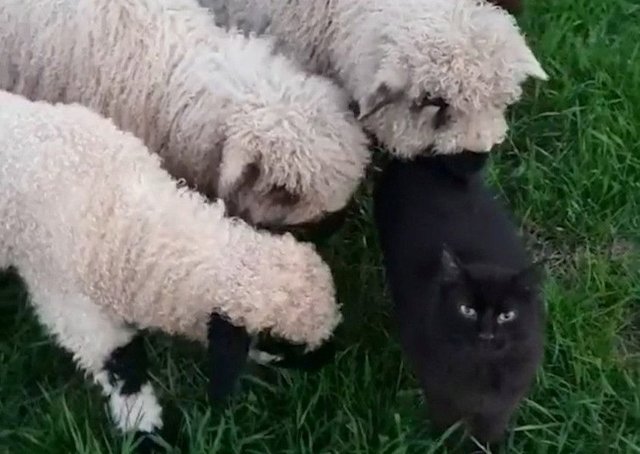 “He enjoys spending time with the two sheep, and even when I’m out doing my sheep checks, he will follow me around to see them.”

“I don’t think he wants to be apart from them.

“He will lie on the hay throughout the winter, which is amusing since the sheep are attempting to eat the hay.”

The fact that he interacts with them and cuddles with them is quite endearing.

“I’m not sure why he’s attracted to the sheep; maybe it’s the comfort they provide.” 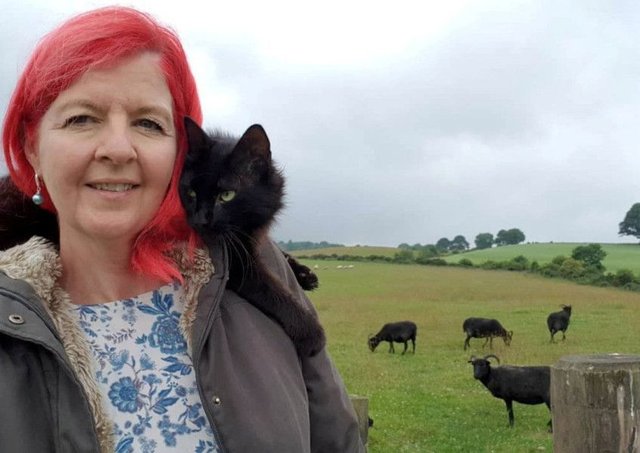 It is believed that the silver nose sheep, which were born on the farm, are the offspring of a mix between a grey-faced dartmoor and a Valais blacknose breed.

“He’s a huge ball of fluff, and we all adore him here,” Ali said. Everyone believes he’s a black cat because of his stunning green eyes, but he’s really a chocolate brown cat with green eyes.

The owner says, “He never uses his claws, and I’ve never been scratched.” The owner also says that you may play with his stomach and he will not harm you.