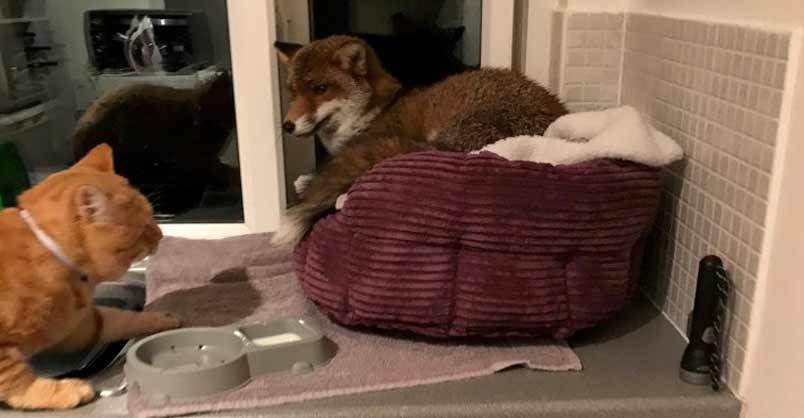 When an unexpected visitor chose to sleep on George’s bed while he was out walking in the garden, he was frightened.

Meloney Blaze, George’s human, couldn’t believe what she was seeing. “It took me a second as I came downstairs and went through the kitchen into the bathroom because I could see a pair of enormous ears in the kitchen window.” “Hmm, those aren’t the cat’s ears,” I thought, so I switched on the light to see what was on the cat’s bed – and it was a fox!” 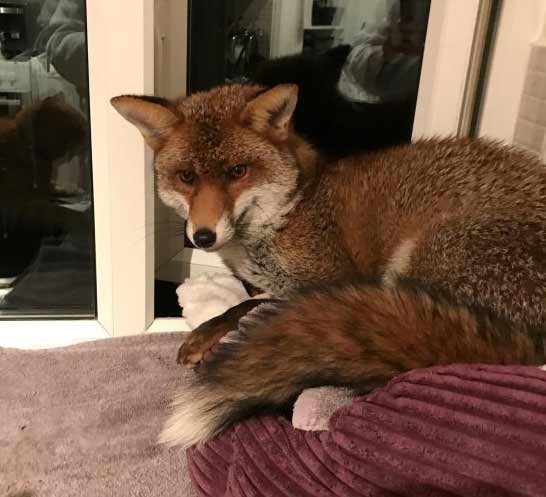 “He was peaceful, and he didn’t want to go.” I had to allow George through the bathroom window since he was standing outside the window and not impressed.

Meloney, from London, UK, revealed that she had gotten up in the middle of the night to allow George out of the kitchen window so he could go into the garden, but the fox had crept in after she had gone back to bed and made itself at home in the kitty’s bed.

When George returned, he attempted hissing to frighten the unwanted visitor away, but the fox refused to go until Meloney seized the bed and tipped the fox out the window. “He didn’t want to go,” she added, “and he was quite gentle.” Who can blame him, given the current cold snap that is sweeping the United Kingdom?

Please share this amazing story with your friends and family on social media.