A dog was struck by a vehicle and left in a flooded ditch in Cha am, Thailand.

For days, he lay in the bushes wailing and praying that someone would come to his assistance. The agony was so excruciating that he even attempted to pull himself out of the house.

Fortunately, he was eventually located and rescued from the water.. Although it is unclear how long he had been submerged in the filthy, icy water, what mattered most was that he was now safe and would be able to get the medical attention that he need. 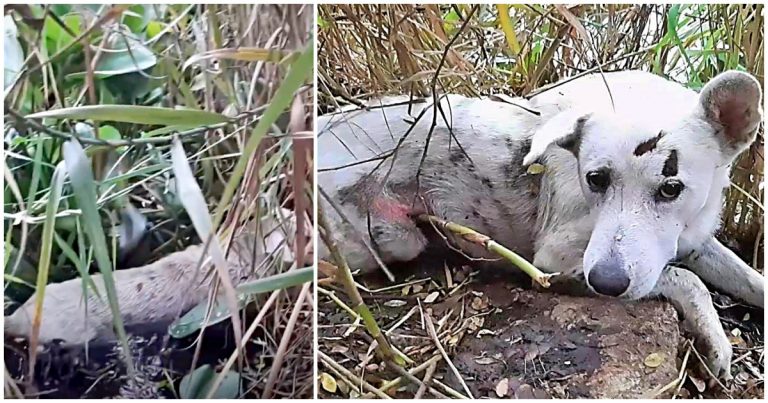 Dehydration was treated in the hospital, where he was taken to by emergency personnel. His body was also very malnourished, and he was unable to support himself.

He had a fractured pelvis, which explained his discomfort and difficulty to get up. Pain relievers and antibiotics were prescribed to him after he had surgery to heal his damaged bones.

Rescuers had to syringe-feed him since he was in so much discomfort and didn’t want to eat at all. His appetite returned after 10 days and he started to feed himself on his own for the first time. It was also apparent that his injuries and wounds were healing well.