VIDEO: A lovely meeting between a mailman and a’misunderstood’ German Shepherd is captured by a hidden camera…

Some claim – and we have great grounds to believe them – that the relationship between postmen and the canines on their route is anything but loving. These two closest friends, on the other hand, will undoubtedly disagree. On video, a mailman in New Zealand, who is clearly very fond of canines, and a German Shepherd, who doesn’t have the greatest reputation in the area, are seen having a sweet moment! 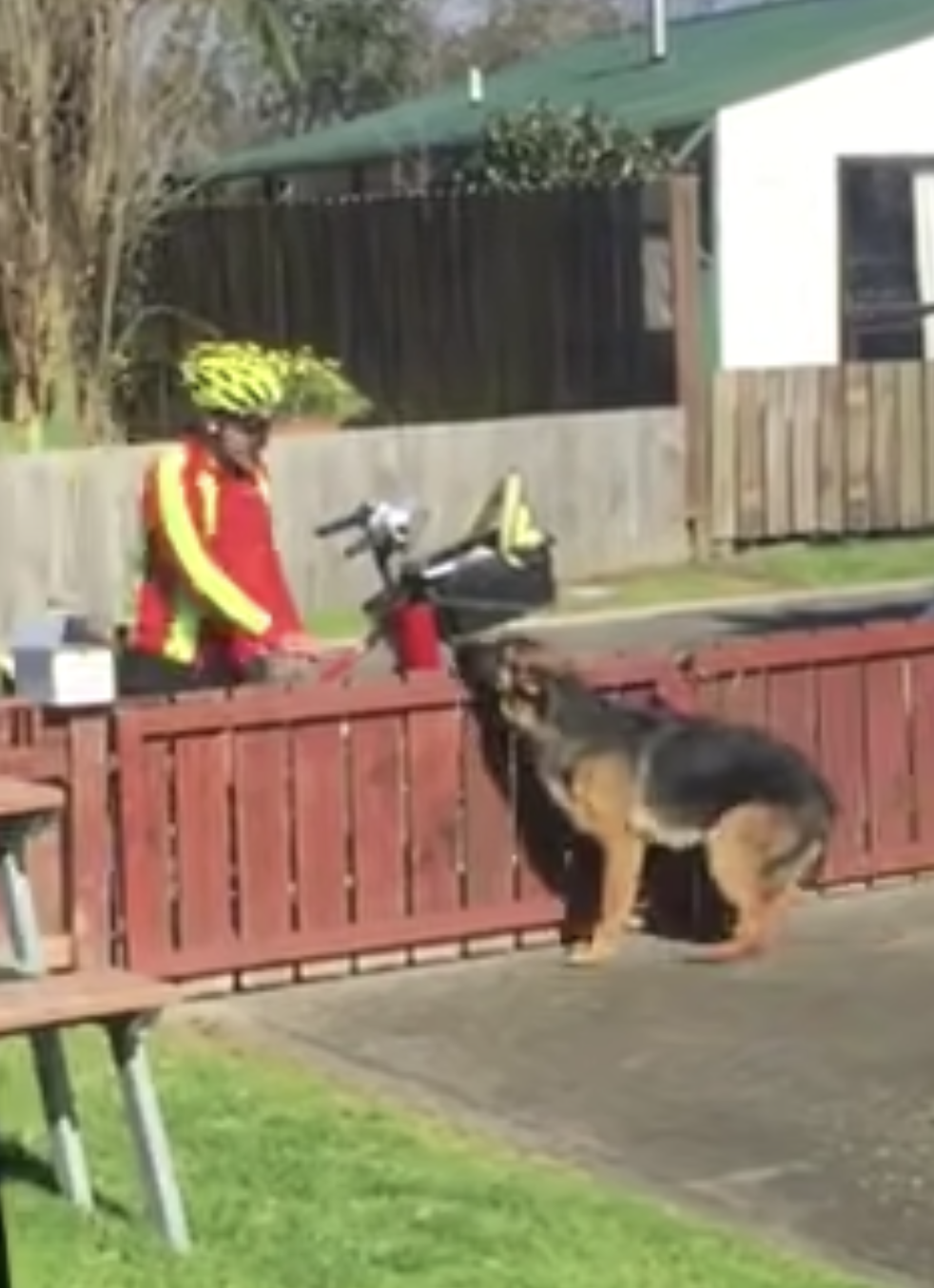 German Shepherds are often regarded as among of the gentlest canines on the planet, yet this nine-month-old puppy is misunderstood by those who are unfamiliar with him. That inspired Michael Collins, the dog’s owner, to install a covert camera in order to observe his dog’s behavior while in the company of others. The greatest surprise, though, was in store for him.

As soon as the postal worker arrives, the dog seems to be more friendly than ever before. And he’s not just sitting there with his tail wagging; he’s also extending an invitation to his secret pal for a petting session. You can picture the owner’s delight as he or she saw the adorable encounter. And, guess what? It didn’t happen by coincidence; rather, it was part of their daily routine for the two of them. 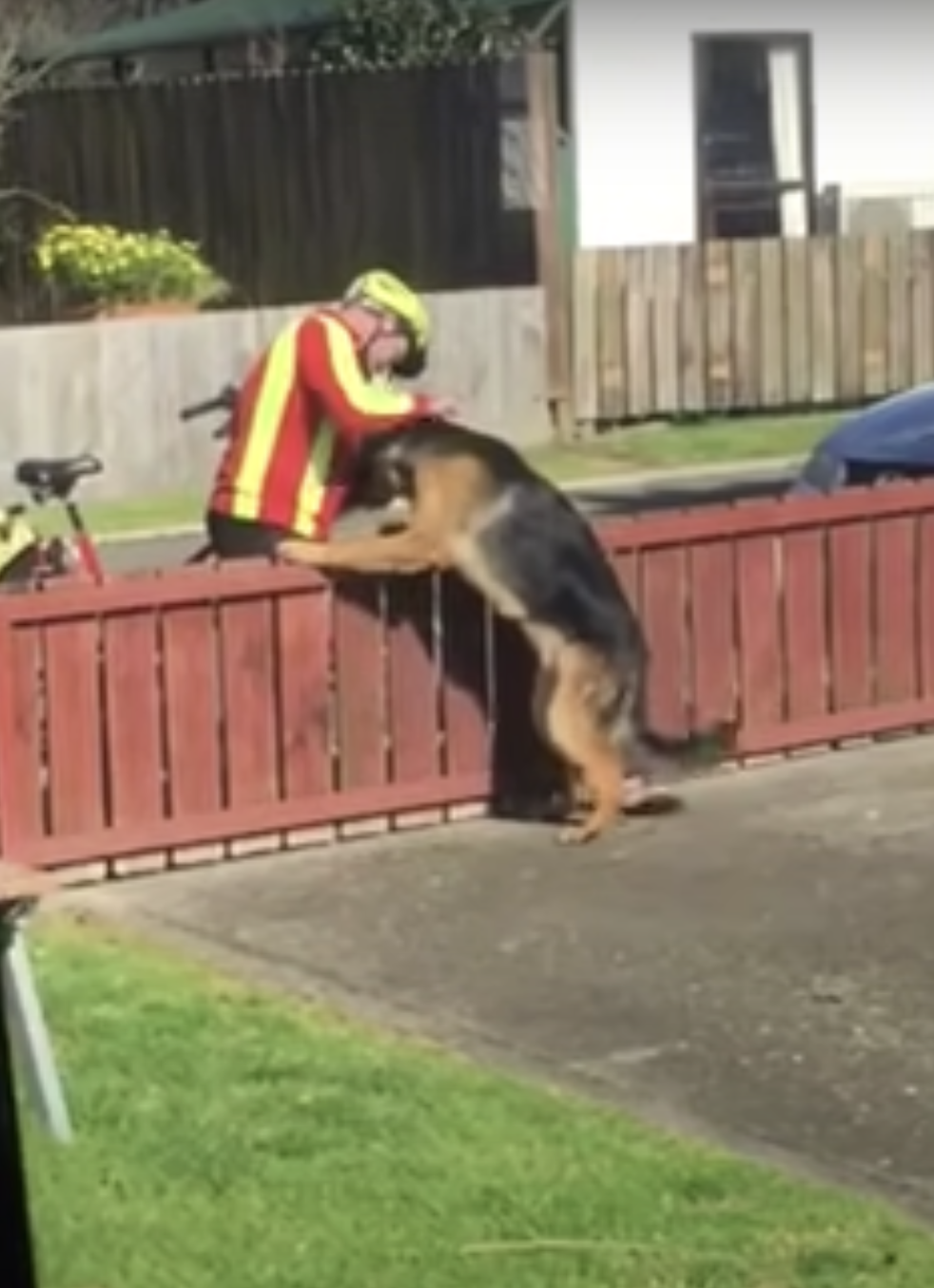 “Each and every day, whether or not we get any mail, this mailman always makes a point of stopping to greet my puppy, who is around 9 months old,” the owner said on Facebook. It’s possible that his size contributes to his being seen as a scary or unapproachable dog, but I’m not sure. He doesn’t bark or growl at them (well, maybe the odd couple of times he does, but what dog doesn’t howl at humans from time to time). But this person over here constantly goes out of his way to give him a hug and a pat!”