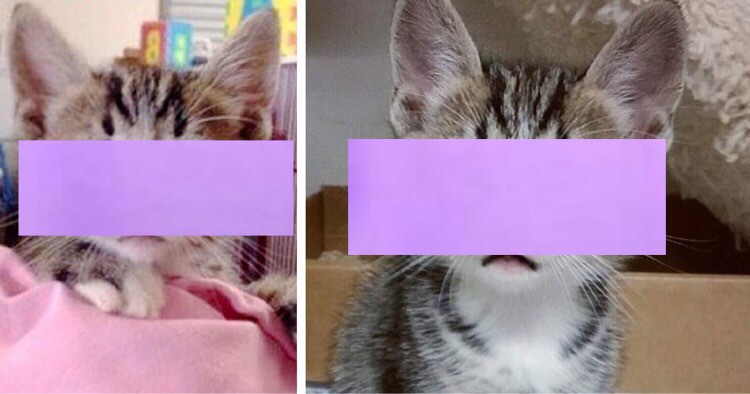 Bum, commonly known as “Worried Eyes,” is a friendly canine. He was brought to the shelter when he was only four weeks old, and his frightened look quickly won the hearts of everyone who saw him for the first time. 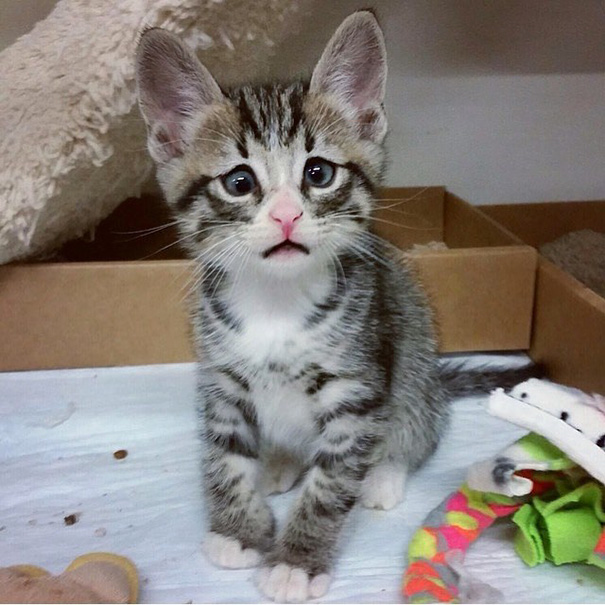 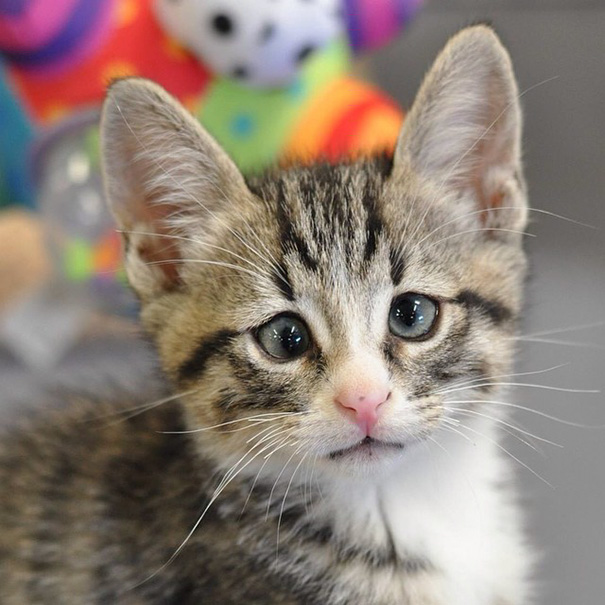 But there’s no need for you to be concerned since this tabby with crossed eyes has already found a home! 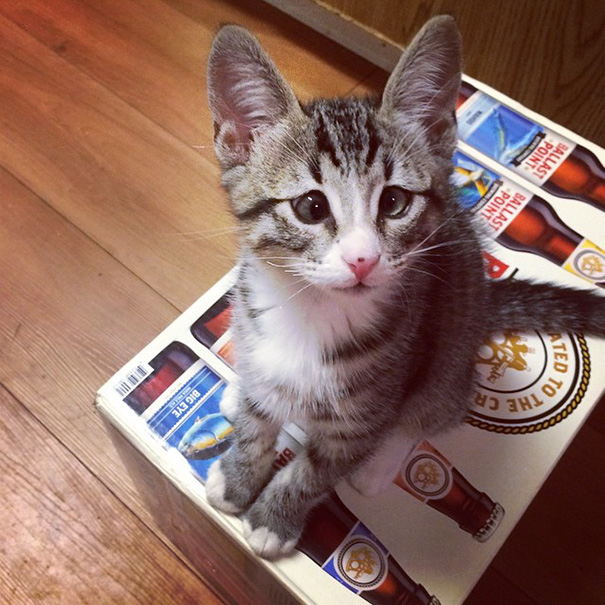 “He is a little reserved with new people, but once he gets to know you, he becomes a total sweetheart,” the San Diego Humane Society told Love Meow. 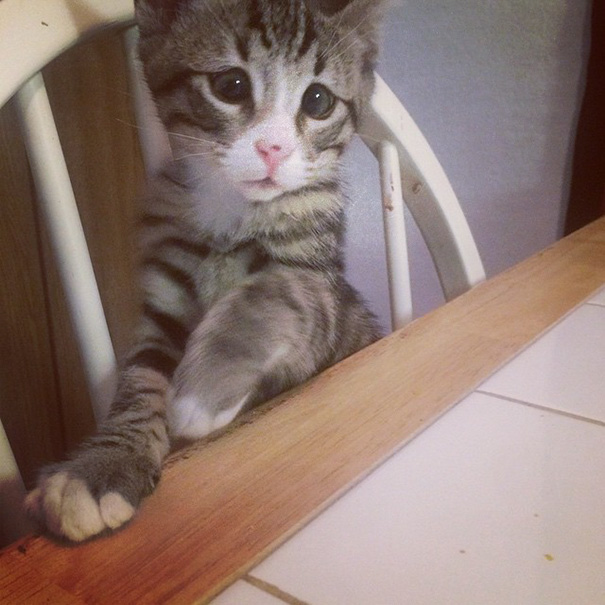 “He enjoys hugs in the morning and sleeping under the blankets!” He also loves other cats, particularly kittens, and has assisted in the rearing of several foster litters, as well as spending time with wounded cats who are through rehabilitation.” 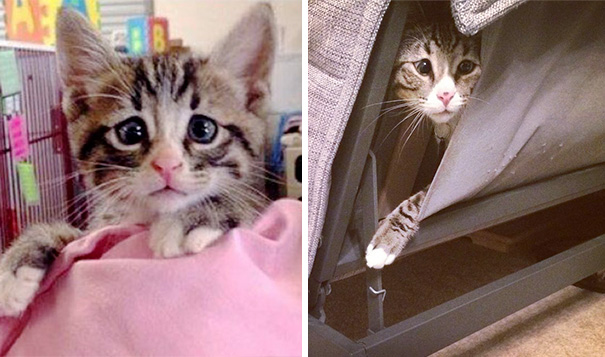 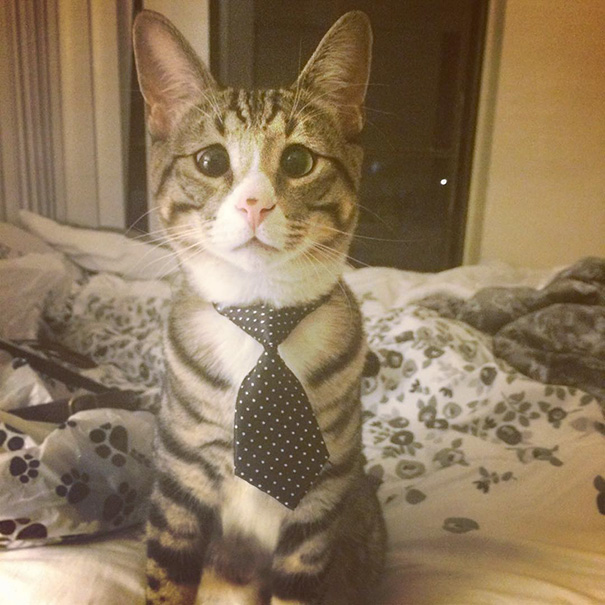