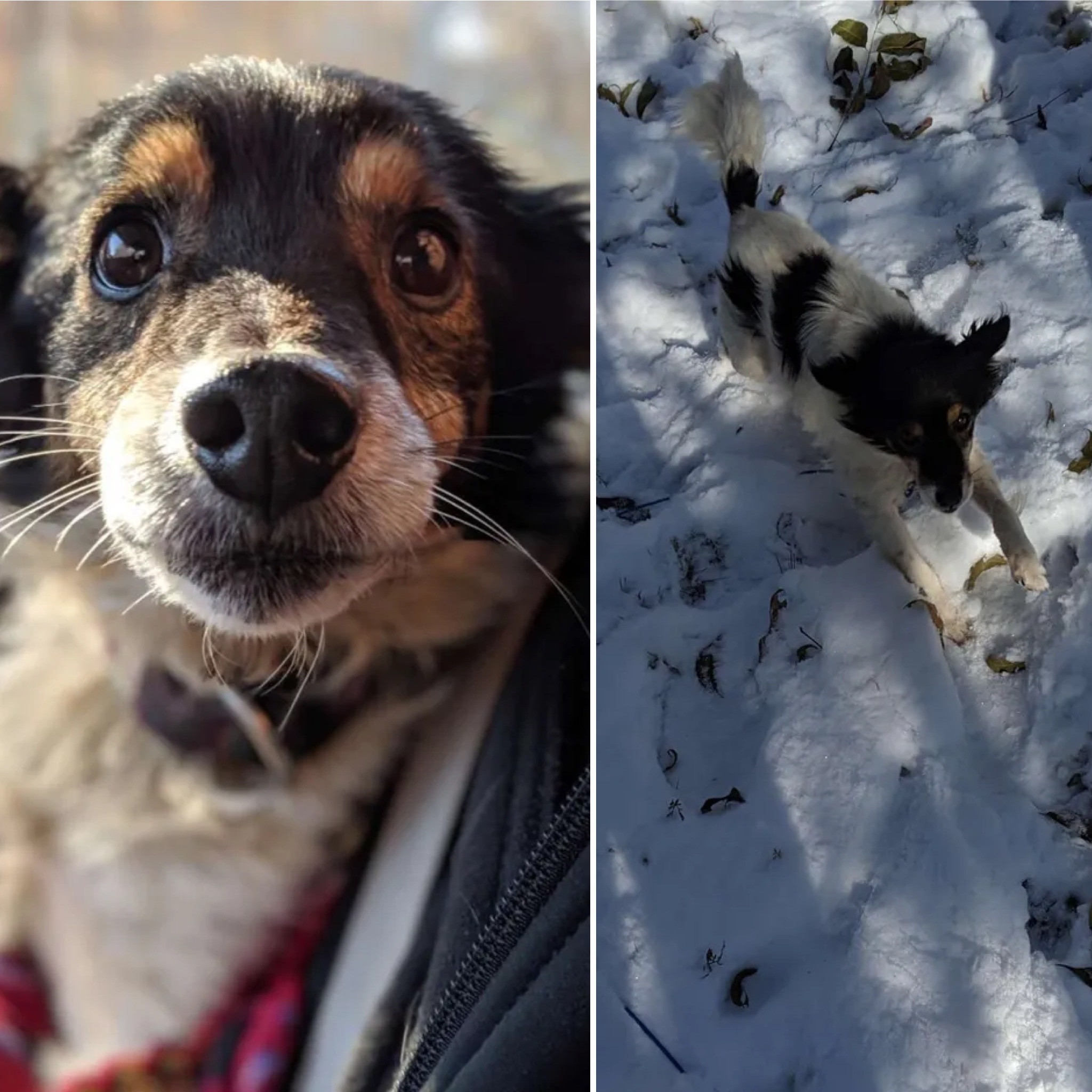 It was unclear to the young Roscoe what was going on when his callous family chose to move out and abandon him. The realization that everyone, except him, was departing caused him to get a little anxious. He maintained his optimism, expecting that they would return.

Roscoe’s aspirations were dashed when the people he used to love abandoned him for good, and as a reward for his unconditional devotion, they chained him to a wooden box with no access to food or water for the rest of his life. Roscoe, on the other hand, never gave up hope despite his precarious condition. After the big snowstorm that pounded Southern Illinois only a few days ago, things became much more challenging. However, just as the dog’s predicament was becoming more difficult, unexpected assistance arrived out of nowhere. Someone had just happened across the poor little puppy, who was shivering in the heavy snow and ran to his aid. He phoned the Effingham County Animal Control, and officers Vanessa Skavlem and Warden Michelle Shoot were on the way to the location within minutes of his call.

In an interview with The Dodo, officer Vanessa Skavlem revealed that a resident had phoned because it had snowed the night before and that it was a significant quantity of snow and quite cold for southern Illinois. “By the time we got there, he was simply shivering,” says the doctor. When Roscoe became aware that someone was approaching him, he quickly began to wag his tail, precisely as if he had foreseen that his life was about to change. It does not, however, compare to the dog’s excitement when he finally realizes that he is in a secure place. The two policemen placed a blank around the 10-pound dog and carried him into the patrol vehicle. It was the first time in weeks that the unfortunate Roscoe had the opportunity to experience warmth again. “He was just overjoyed to see us,” Vanessa says. “He really came racing out.” His whining would continue incessantly.” It looks like this when you rescue a young puppy that was living on a chain in the frigid winter and bring him home to your family.” Even though he is now at a shelter, the small Roscoe is safer and happier than he has ever been, and he beams with delight whenever he sees the people who rescued his life. As Vanessa described it, “He gets very excited when we walk through the door. He starts wriggling and jumping up on you.” I love how he makes this cute whine that almost sounds like he’s communicating to you, and it just seems like he’s feeling something and is thankful.”

Thanks for reading. Please share this story with your friends and family.