VIDEO: Engineer builds a feeding machine that forces his cat to go out and hunt for food… Don’t forget to watch the video below… 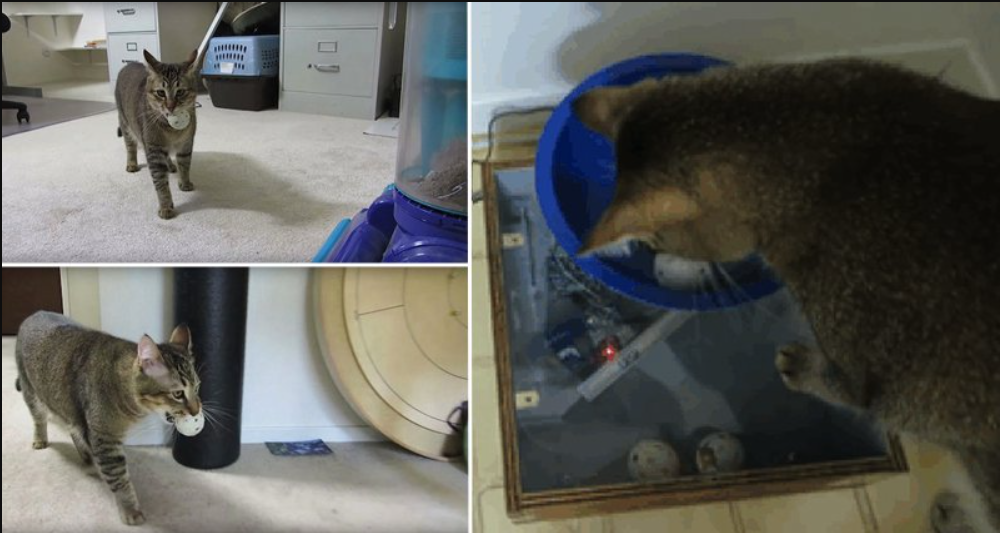 Ben Millam, a cat enthusiast who also happens to be a geek, has created an extraordinary contraption that takes cat feeding to an entirely new level.

He thought it would be fantastic if he could educate his cat Monkey to seek for plastic balls hidden about the house and then put them into a machine that had been specially developed. 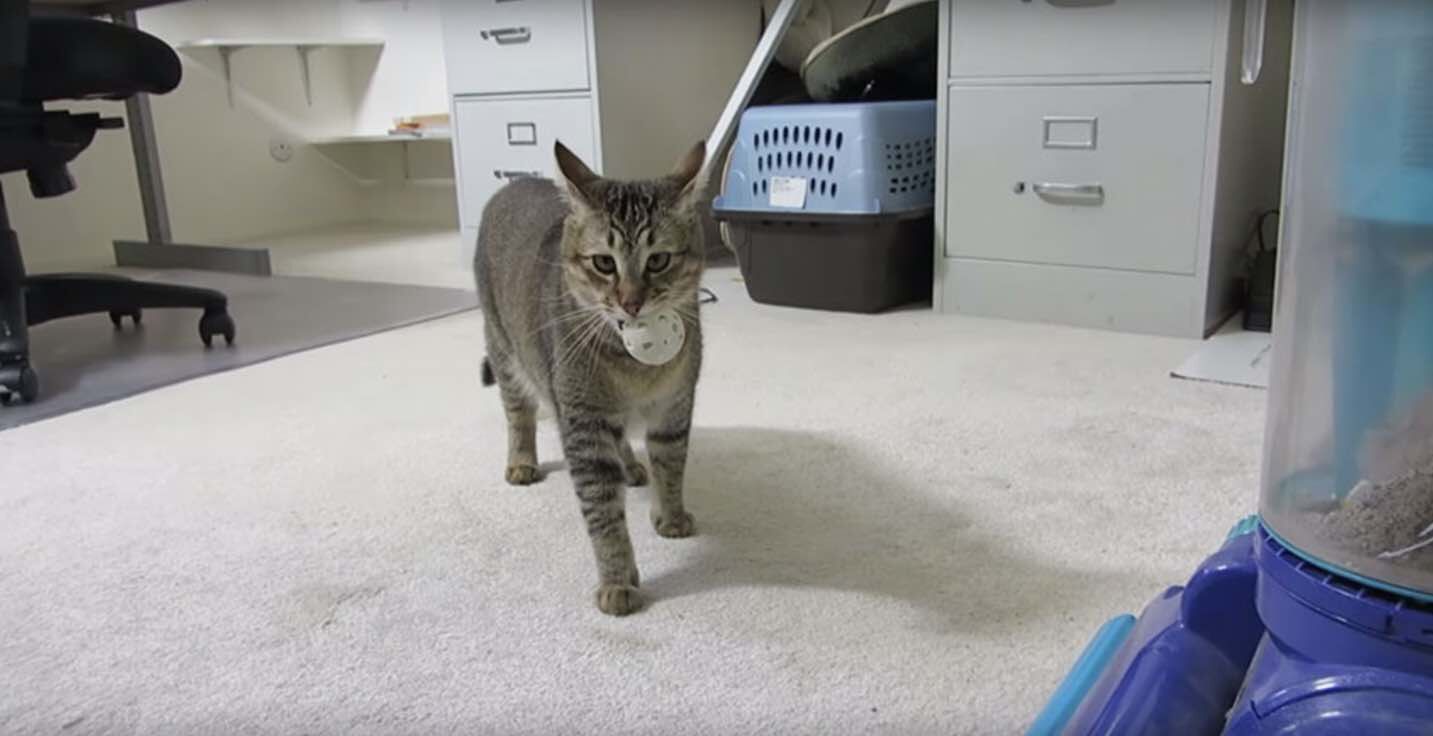 Because the balls are RFID-tagged, anytime Monkey comes across one, he carries it over to the machine and inserts it into a bowl on top, causing food to flow out of the feeder.

In order to train Monkey, Ben used a technique known as ‘clicker’ training, which involves connecting a good behavior with a distinctive click and a rewarding behavior. Even though it took a long time and a great deal of patience, Monkey soon understood that all of his hard work had been worth it. 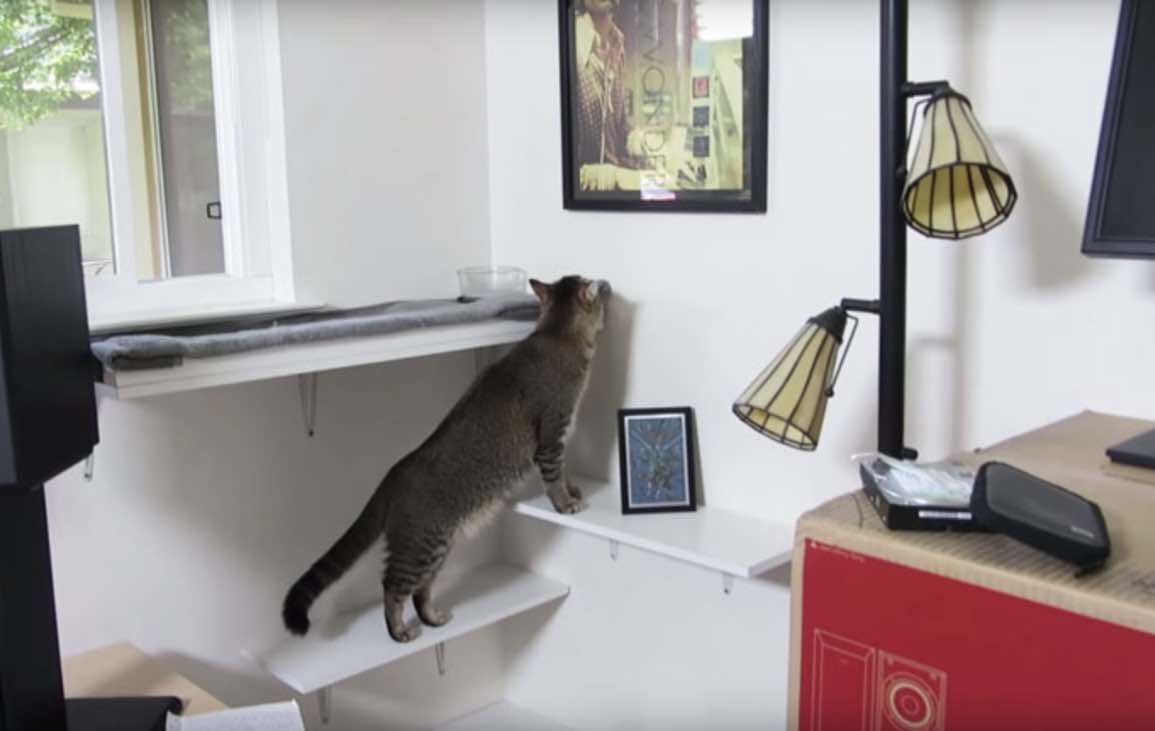 ‘It all started after I read an explanation of why cats travel about constantly examining the same regions; it’s partially to establish and survey their territory, but it’s also to practice’mobile’ hunting as well,’ says Ben.

“What does it matter if my cat, when on patrol, actually locates its prey? With any luck, this will put him one step closer to living a more contented and self-actualized indoor kitty life.” 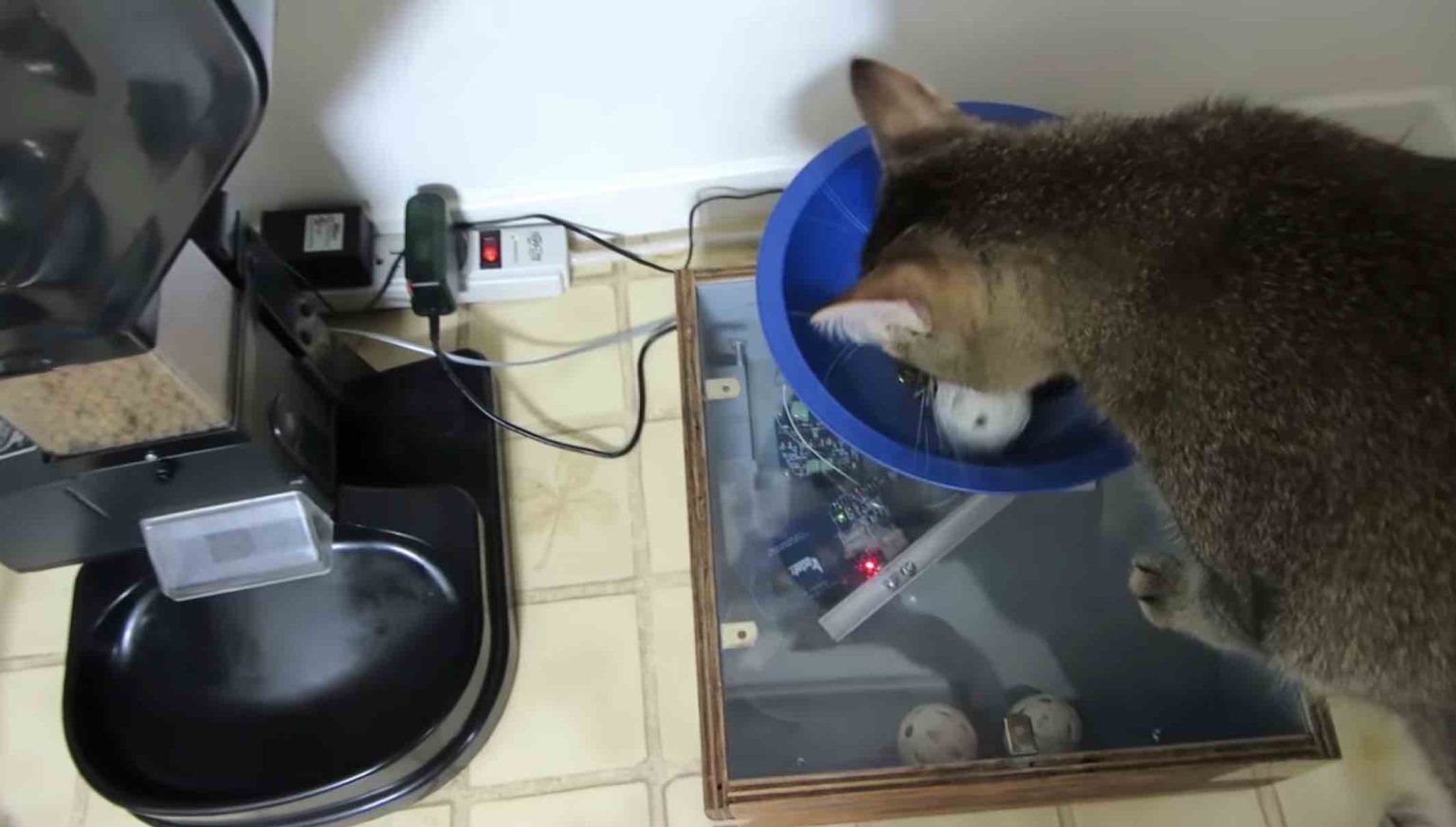 It’s an ingenious idea and Ben said that he built the feeder because he wanted Monkey to have a more fulfilling life life.

Watch the video to see how it works: