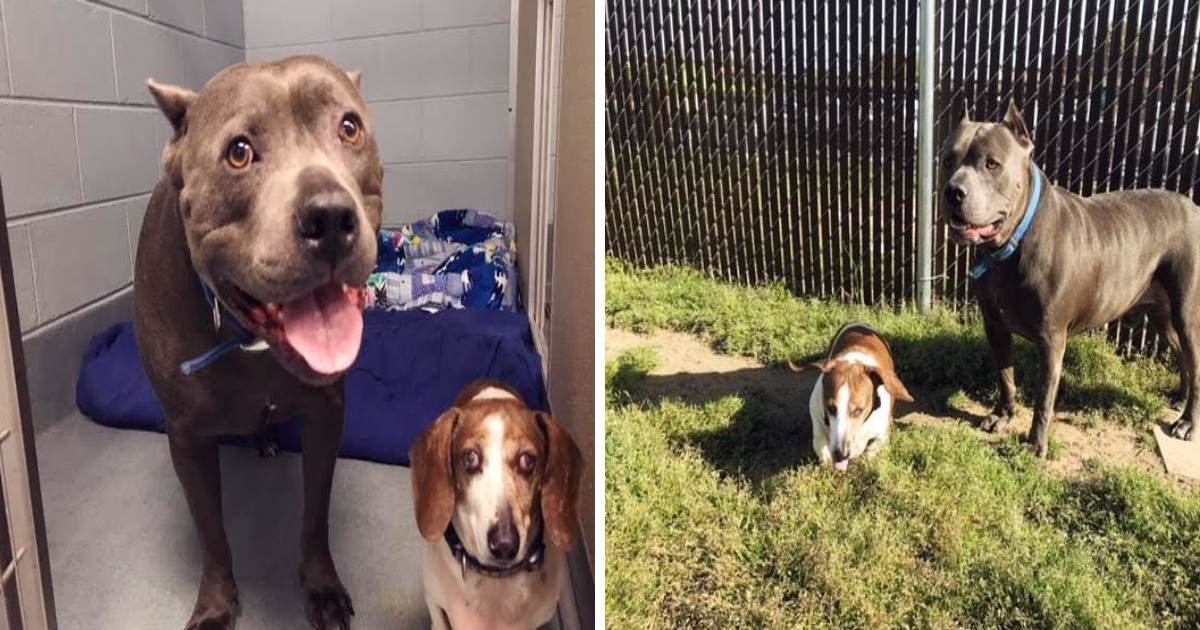 Take a look at this Dachshund. OJ, who is twelve years old, and Dozer, a pitbull who is six years old, This couple had developed a strong bond. They are more than simply buddies, and they are constantly close by. Because the infant was absolutely blind, the dozer even took advantage of the situation. 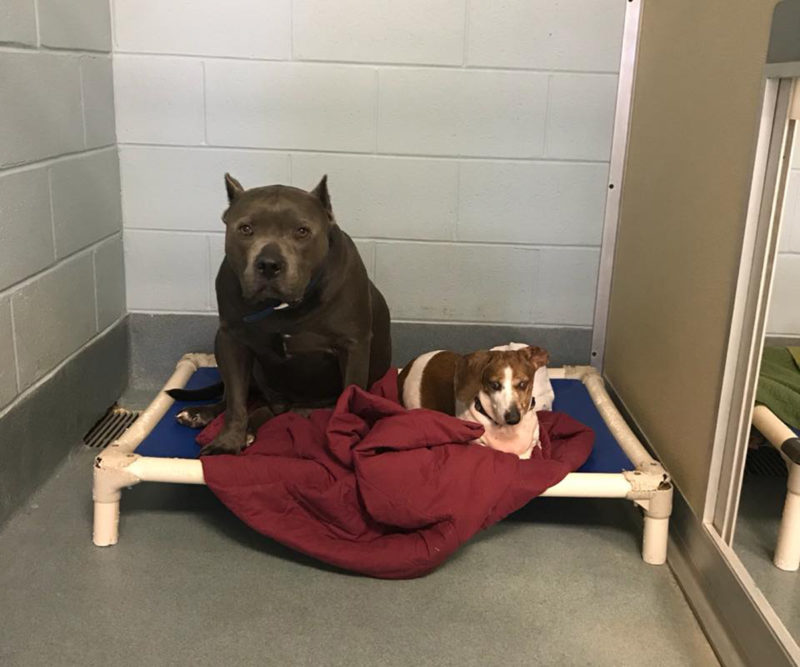 OJ was staying with a lovely lady at the time. She made the decision to adopt a pit bull from a local shelter one day. That is how they came to know one another. Their relationship began on that day and has continued to this day.

Unfortunately, at that time, the dogs’ owner had lost her house and her job, and she was forced to live on the streets with her pets.

She couldn’t possibly have two animals with her at the same time. So, with tears in her eyes, she made the decision to donate them to the shelter. 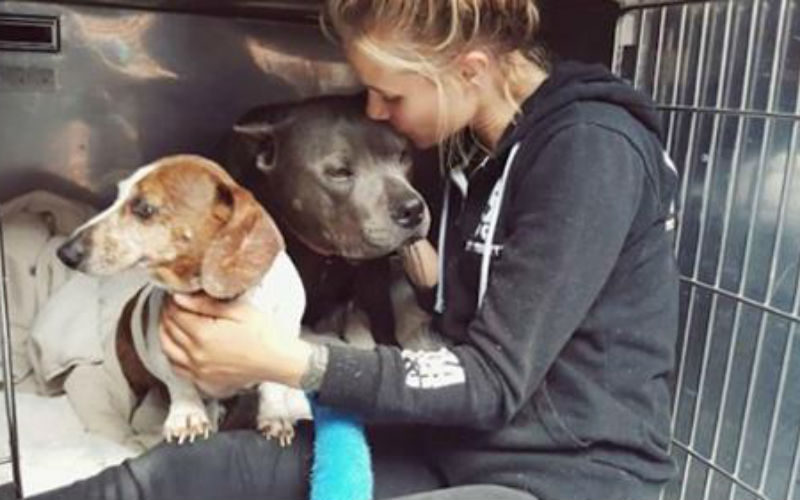 She requested that the animals not be separated since they are very bonded to one another. Shelter workers quickly transferred the ownership of both animals to a new owner after the woman asked for it.

However, a nearby homeowner saw a dachshund strolling down a remote road 100 miles away from his house and reported it to the authorities.

The guy picked him up and transported him to the shelter. He treated OJ as if he were a stray rather than a pet. 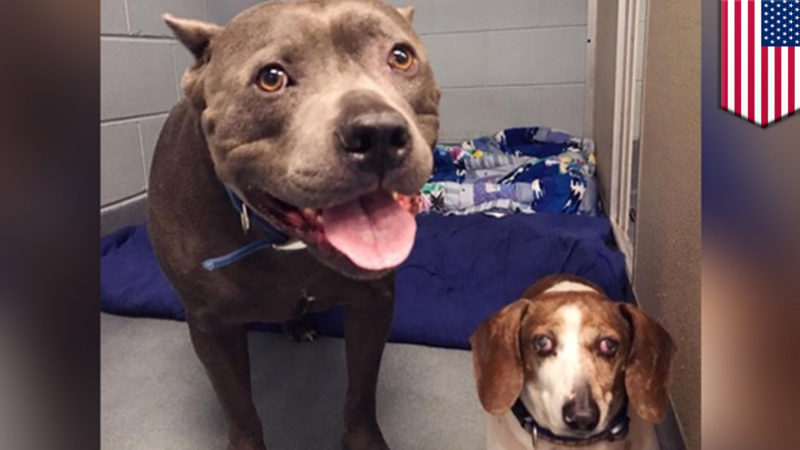 Using a microchip, the personnel at the facility were able to identify the owner of OJ and contact her. She declined to accept the dachshund and instead decided to let it stay at the shelter for a while. And, would you believe it, she was still not ready to part with her pet dog, Dozer?

A lot of people were interested in whether the dogs would ever meet because of this tale that circulated swiftly on social media. 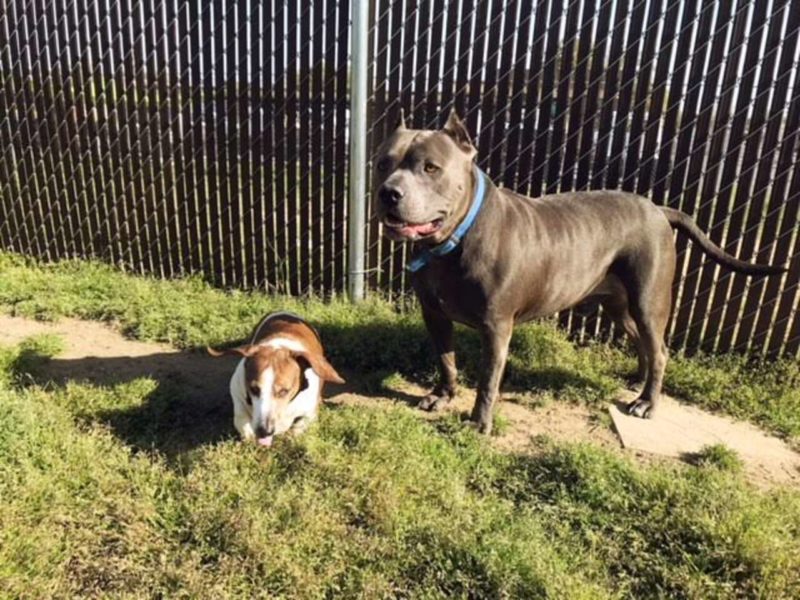 Finally, after many hours of pleading, the lady decided to turn over Dozer to the authorities.

As a result of their extended separation, OJ and Dozer were overjoyed at the prospect of being together once again. They leaped about, played games with each other, and waved their tails in welcome all the time. That was a really emotional experience.

They are now housed at a shelter, and they will not be placed anyplace else in the near future!

The narrative hasn’t come to a close yet. Soon, the shelter’s workers will begin the process of finding them a new home. This time, they will need the owners to sign a statement stating that they will not be separated from their property! We wish them the best of luck in finding a loving home!