He keeps his promise to re-adopt the dog that was taken away from him four months ago, but… Read the story below…

TITUS, an 8-month-old puppy from the Austin Animal Center, was adopted by Lewis Jiminez in 2013. He had no idea that he would be forced to return the dog in November of 2017 due to a disagreement with his building’s landlord. 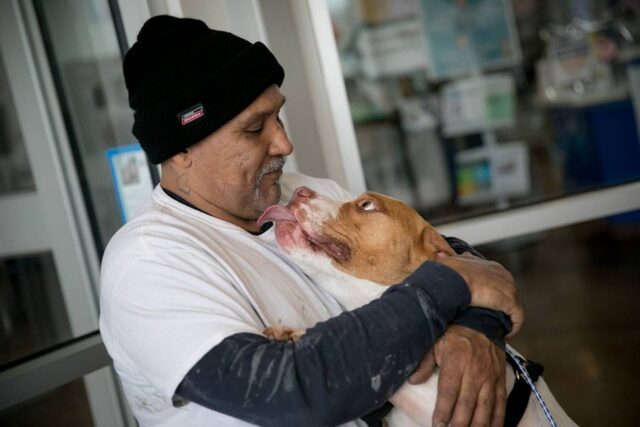 On February 25, Jiminez was finally able to find new accommodation that allowed Pit Bulls, and he was able to re-adopt Titus from the shelter. Fortunately, he had not been adopted by anyone else as Jiminez searched for cheap homes that would enable Titus to return to his family. The shelter’s workers, who had observed Jiminez visit Titus on several occasions during his stay, were overjoyed to see the two of them reunited for good. 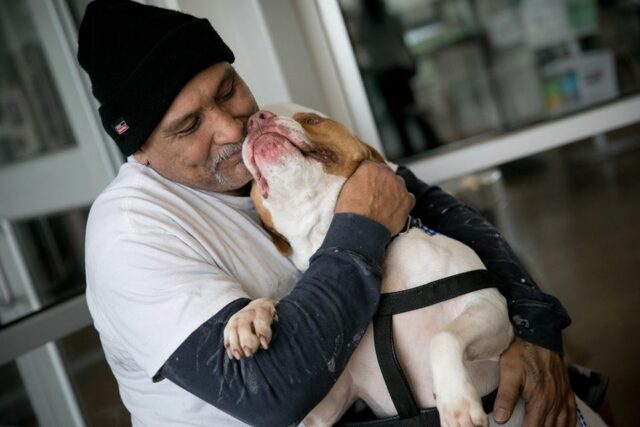 One of Jiminez’s neighbors was upset about sharing an apartment building with a Pit Bull and protested to the building’s administration on many occasions. Jiminez had even resorted to walking Titus at 4 a.m. in the middle of the night when no one else was there.

In November, however, the matter came to a head when Jiminez’s 10-year-old grandson took Titus for a stroll and came face to face with the problematic neighbor, who Titus “nipped with his finger,” according to TODAY. Although Jiminez was not there at the time of the occurrence, he feels Titus was trying to protect his grandchild. 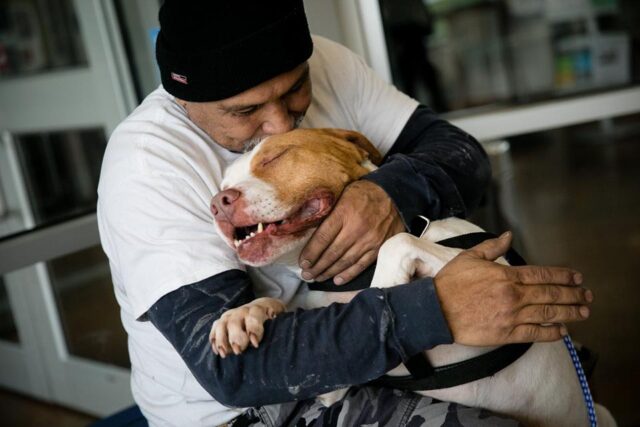 Worried about being evicted, Jiminez did the opposite: he surrendered Titus to the Austin Animal Center, something he had never intended to do. At the course of his several visits to Titus in the shelter, Jiminez continued assuring Titus that he would return for him one day – he just hoped he would be able to do it before the deadline.

Due to the high live release rate of the Austin Animal Center (97.9 percent), there was minimal risk that Titus would be killed; the main fear was that he would be adopted before Jiminez could make the necessary arrangements to relocate.

Jiminez and his fiancée were looking for a place to rent when they came upon an inexpensive property that required some work – something Jiminez does for a job. Jennifer Olohan, a representative for the Austin Animal Center, told TODAY:

“Titus received a lot of affection from the employees and volunteers here at the shelter. He enjoyed frequent walks, playing with toys, and receiving a variety of goodies. Once the word got out that Titus had returned, there were tears shed by everyone in the shelter.”

Jiminez is ecstatic to have Titus back in his life again. He said the following to TODAY:

“Animals are like members of our family.” He has returned home. He’s back at home, and he’s happy.”

We’re overjoyed that their story had a happy conclusion!