PDA photos of ‘GMA’ co-anchors Amy Robach and T.J. Holmes have surfaced as suspicions of an ongoing affair that has lasted months…

Amy Robach and T.J. Holmes, co-hosts of “Good Morning America,” give off the impression of being more than just colleagues. During the past month, Robach and Holmes have been captured on many occasions getting quite near to one another outside of the studio in photographs that were obtained by The Daily Mail. Both of the hosts of the morning show have committed their lives to other partners.

According to one insider who spoke to Entertainment Tonight, Amy and T.J. “had always had loving supportive friends and they connected over their passion of running.” Since the beginning of this year, there have been rumors circulating around ABC regarding the possibility of a romantic connection between the two of them.

“They’ve recently grown even closer due to their cohosting GMA3 and traveling for special remote assignments.” “The two share a unique connection, which has been apparent to employees for years. Therefore, it is not surprising that a relationship has emerged; nonetheless, it is distressing that it has come to light in this manner.” 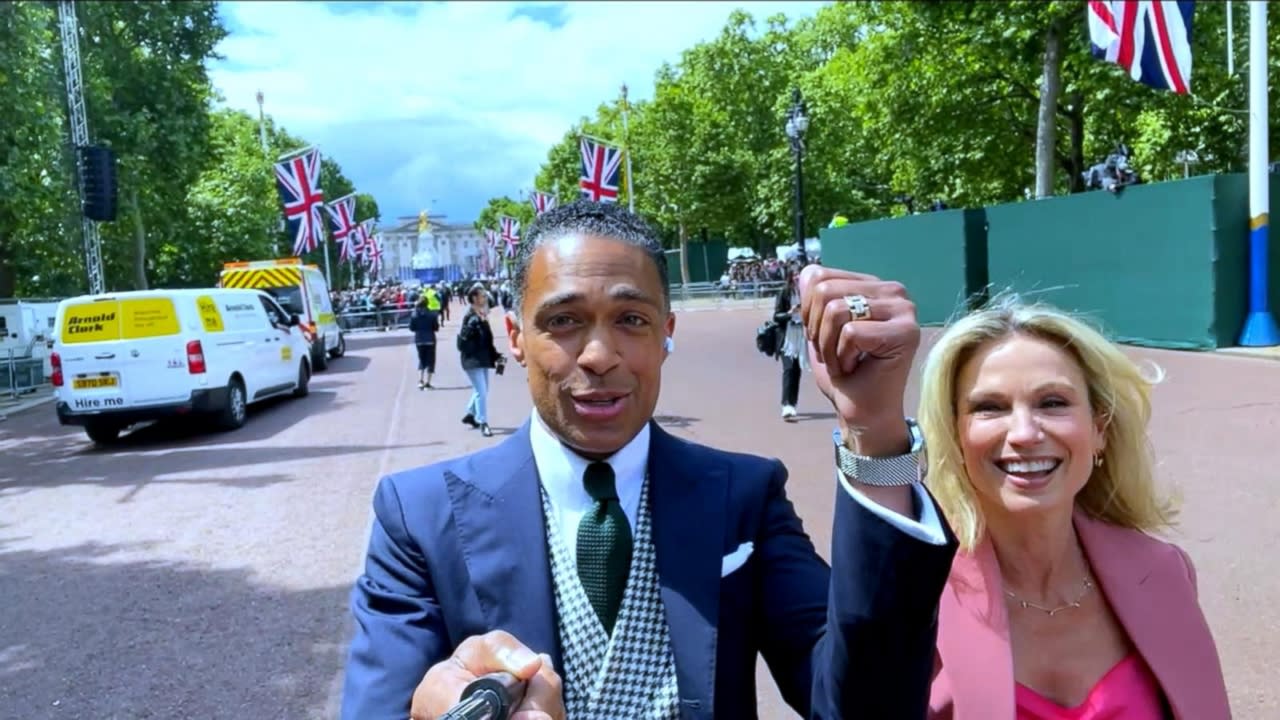 Yahoo Entertainment’s request for a comment from an ABC News representative was not met with a response.

According to a source who spoke with Page Six, the two of them started dating back in the spring of this past year while they were training together for the New York City Half Marathon.

“On air, they have a very warm and friendly connection, but this is to be expected from them. However, they were very careful behind the scenes to conceal the fact that they were having an affair. The news that they are having an affair has the producers at GMA completely taken aback “one source stated.

In the meantime, a source has revealed to People that there were allegations that Holmes and Robach’s friendship had grown to something more than just a platonic relationship.

Around this time a year ago, according to the information provided by the insider, there were whispers that the two were having an affair. “Because it is clear that there is mutual affection between them, many people thought there was a possibility that there was some truth to the rumor. But in the end, it was written off as nothing more than a friendly rivalry because both parties maintained that they were content in their respective marriages.”

Several news organizations cited anonymous sources who stated that Holmes and Robach divorced in the month of August.

Since October, Robach has been shown in images posted on social media without the wedding ring that she wore previously. She just disabled comments on her Instagram account, but on Wednesday, after images of her with Holmes were released by The Daily Mail, she erased her account entirely. A photograph shows the two of them getting close to one another in a New York City club. In another photo, they are seen showing PDA while on a romantic getaway in the Catskills. It appears that Holmes has canceled his account on Instagram.