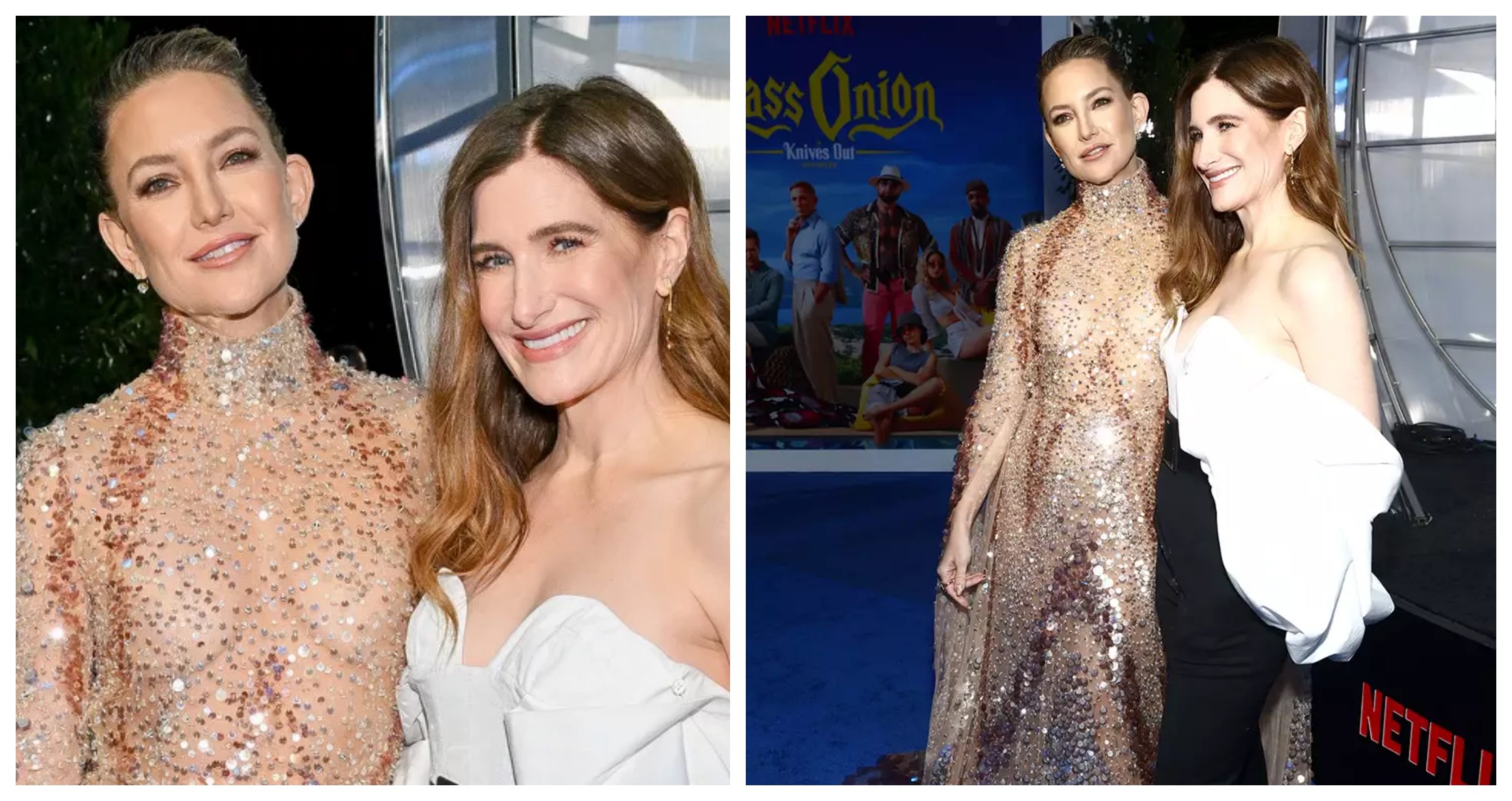 Both Kate Hudson and Kathryn Hahn have reunited for new roles in upcoming films.

At the premiere of their new film, Glass Onion: A Knives Out Mystery, which took place on Monday in Los Angeles, Hudson, 43, told The Hollywood Reporter that working with Hahn, 49, whom she previously worked with in How to Lose a Guy in 10 Days, “was the finest.”

We were pretty close for a number of years, but as life goes, kids, marriage, other kids, other marriages — for me; she’s still in hers — took their toll. At the premiere of the second installment of Knives Out, which was written and directed by Rian Johnson, Hudson said the following about Hahn:

Hudson remarked that the film How to Lose a Guy in 10 Days, which was released in 2003, will celebrate its 20th anniversary in January, which makes her reunion with Hahn for the film Glass Onion all the more pertinent.

“It developed into years when we hadn’t seen each other, and when I saw her, when I was reunited with her on this project, it was like if we’d never gone,” the actress said in an interview with The Hollywood Reporter (THR). “I feel like we are soul sisters. It is the best there is.”

In the film How to Lose a Guy in 10 Days from 2003, Hudson plays the role of Andie Anderson, who is inspired to write a book about driving away a man she dates (played by Matthew McConaughey) within 10 days by imitating the actions of her friend Michelle (played by Hahn), which led to the end of Hahn’s previous relationship.

According to The Hollywood Reporter, Hudson portrays a model and fashion designer by the name of Birdie Jay in the film Glass Onion, and Hahn plays a would-be senator by the name of Claire DeBella.

Starting on November 23, Glass Onion will only be playing in select theaters for one week until it becomes available to stream on Netflix on December 23.