VIDEO: On his tenth wedding anniversary, the Gary Sinise Foundation presents a unique gift to an army veteran who almost passed away in Afghanistan… 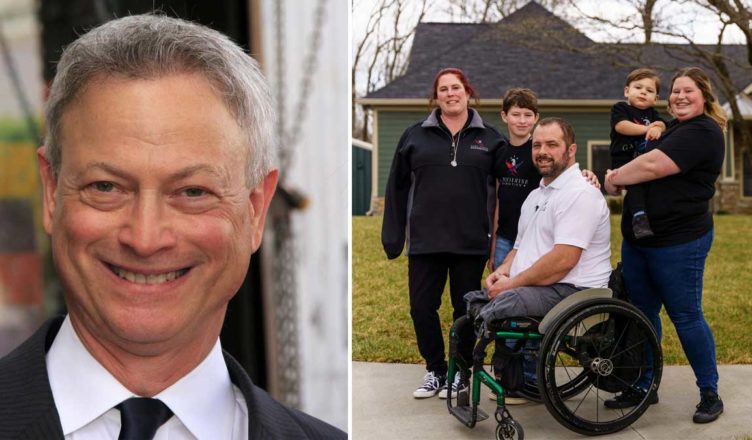 Since its inception, the Gary Sinise Foundation has been responsible for donating 79 residences that have been properly adapted for severely injured heroes.

Recently, a number of individuals, including former Army Sgt. Christopher Kurtz, benefited from the assistance provided by Gary Sinise’s organization.

Two years ago, Kurtz put in an application for a home that had four bedrooms and three bathrooms. Kurtz and his family were gifted a brand new smart home in March of the previous year, and it completely revolutionized their life. The house was created specifically to meet all of Kurtz’s specifications. 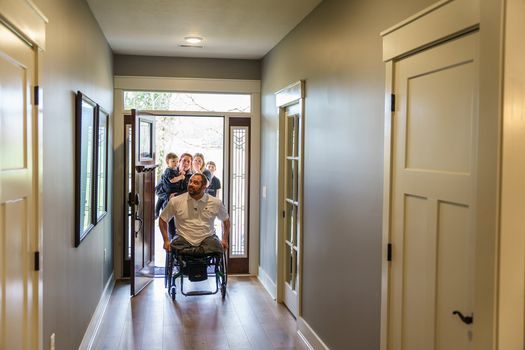 After joining in the Army in 2009, Kurtz was sent to the Arghandab River valley in Afghanistan in the month of June of the year that followed.

In December of that year, as he was out on foot patrol, an IED that had been detonated remotely went off right next to him. It sent him upwards of around 60 feet with its impact.

He lost two fingers on one hand, had several injuries to his pelvis, and had to have both legs amputated above the knees as a result of the explosion. In addition, he was left without two fingers on the other hand.

In 2013, he was forced to resign from the Army due to health reasons.

After coming home as a wounded warrior, he was met with a number of hurdles, one of which being the fact that he now had physical issues. He also faced a number of other challenges. And they were most noticeable at the home he shared with his family, where he had spent the majority of his life. 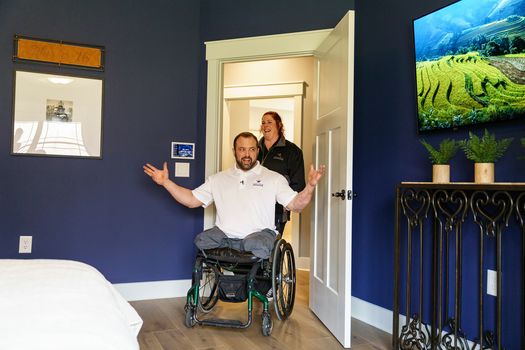 It was because to the Gary Sinise Foundation that he was able to get a smart house, which brought about a dramatic improvement in his quality of life.

Kurtz received the keys to the apartment on the same day that he and his wife were celebrating their tenth wedding anniversary. As if that wasn’t enough of a cause to have a party, Kurtz also got the keys on the day that he was celebrating his birthday. 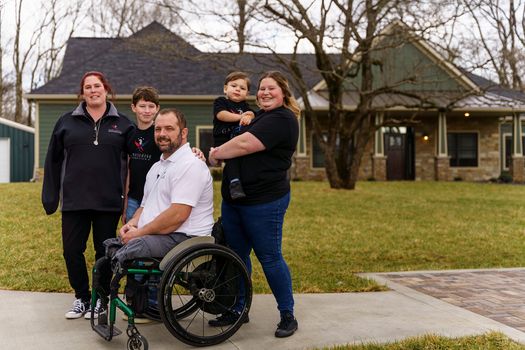 Kurtz, who uses a wheelchair, no longer has to be concerned that he will be unable to reach high shelves or figure out how to efficiently maneuver in a washroom that is confined in area. Both of these concerns have been eliminated.

The new home the Kurtzes are moving into was built with careful consideration given to every detail.

Mike Thirtle, the chief executive officer of the Gary Sinise Foundation, has said that the organization assists veterans on their road to recovery. When Gary requested us to donate these houses to veterans, he instructed us to customize them to meet the requirements of both the soldiers and their families.

Gary Sinise and the work of his foundation have been of great assistance to a great many of the brave men and women who serve our nation. We would want to take this opportunity to thank the Gary Sinise Foundation for giving this Army veteran and his family the gift of a house that they can comfortably live in and refer to as their “home.”