David Foster attended his wife’s first wedding, and 35 years later they married and had a son… 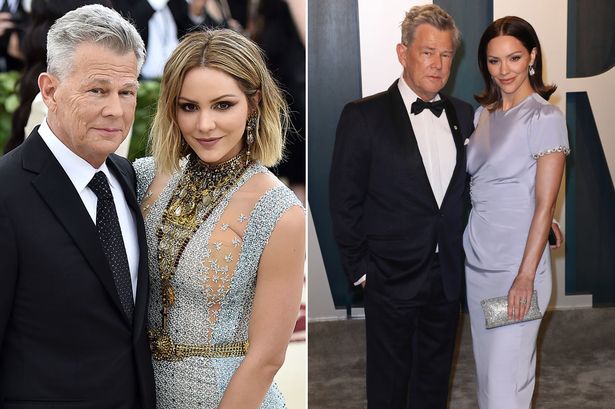 Before they started dating, composer David Foster and his now-wife Katharine McPhee spent several years first getting to know one another as colleagues and friends in the music industry. They came to the conclusion that they had affections for one another after finalizing the divorces of their respective marriages.

In 2006, when Katharine McPhee was competing on the fifth season of “American Idol,” Canadian musician David Foster met the singer-songwriter who would later become his wife, Katharine McPhee. At the time, she was 21 years old.

McPhee gave a performance of “I Have Nothing,” a song he had written and that was recorded by the late Whitney Houston. McPhee received rehearsal assistance from both Foster and the operatic vocalist Andrea Bocelli.

After McPhee’s performance in the singing competition, she came in second place, and shortly after, she and Foster were photographed together at a number of public events between the years 2006 and 2008.

The native of California’s first post-“Idol” record was a cover of “Somewhere Over the Rainbow,” and it was released in June of 2006. Foster was the producer of that track. After then, the two of them began a relationship of friendship. 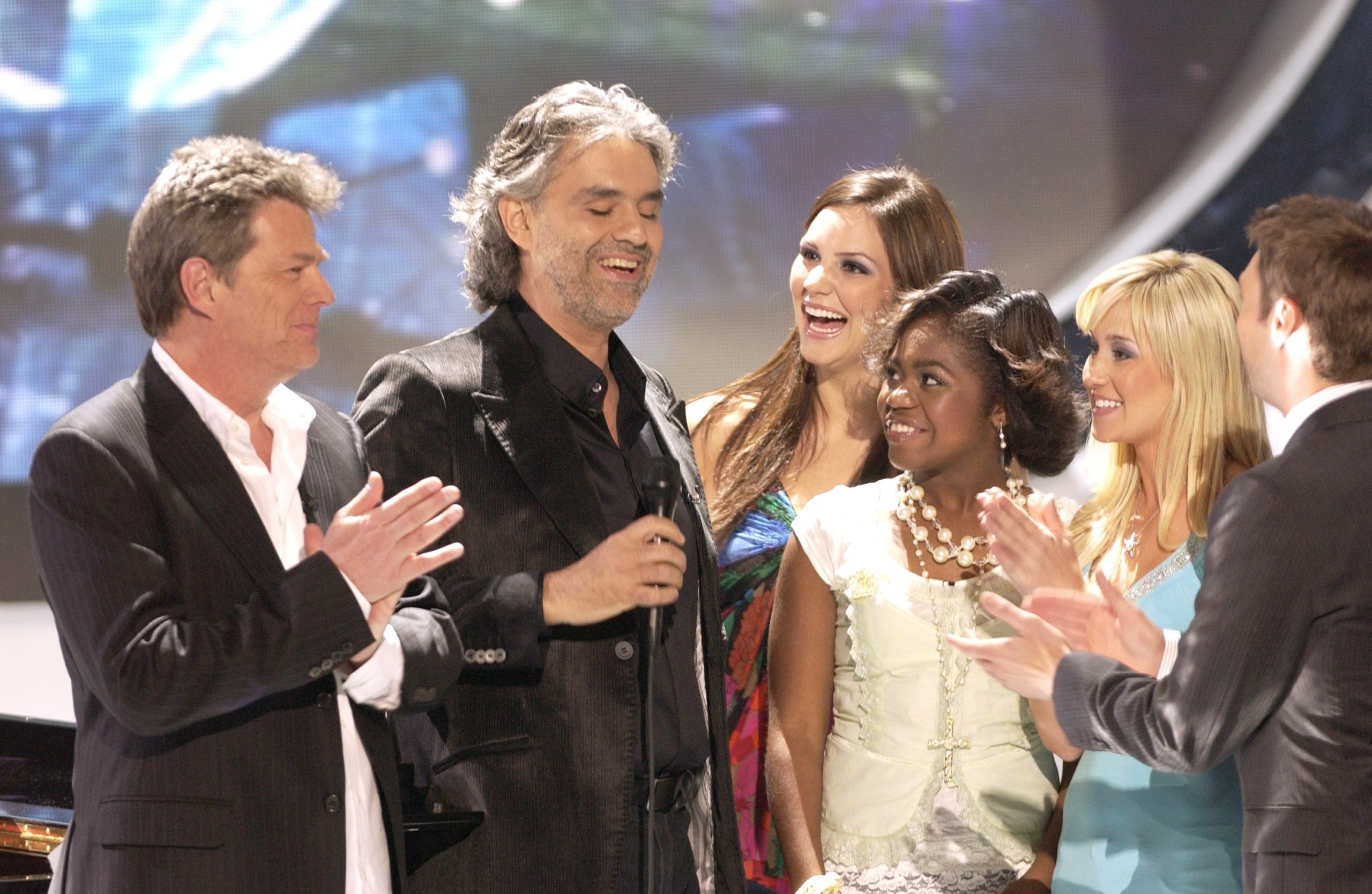 Foster was extended an invitation to attend McPhee’s wedding to her first husband, the producer Nick Cokas, which took place in February of 2008. The actress had Foster play the piano while she sang “Unforgettable” by Natalie Cole to her husband at the time, who she was serenading at the time.

She sung while wearing her lace bodice wedding gown and stood on the stairs next to the grand piano as Foster concentrated on playing the musical instrument.

During this time, Foster was in a relationship with the Dutch model Yolanda Hadid, whom he began seeing in 2006 and eventually married in 2011. Yolanda Hadid was born in the Netherlands.

Unfortunately, McPhee initiated divorce proceedings against Cokas in 2014, after the couple had been living apart for a period of one year. According to E! News, the couple’s divorce was completed in 2016.

After four years of marriage, Foster and his wife, the reality star Hadid, split the following year in 2015. 2017 was the year when their divorce was finally formalized.

During the same time period, Foster and McPhee appeared in public together on many occasions. In September of 2017, the couple was seen both attending and performing at the Grammy Museum’s third annual gala, which took place at The Novo in Los Angeles.

According to People, Foster’s daughter Erin, who is much older than McPhee, shared images of the two women together at the event on her Instagram Story. McPhee and Foster are in the same family. She said in her writing that she was “happy about my new step mom” as well as “my parents.”

An source who wished to remain anonymous informed People that the record producer and the singer of “Over It” were not dating in reaction to a post that was made on social media.

According to the source, Erin’s postings were largely humorous and particularly aimed at anyone who claimed that Foster and McPhee were more than just coworkers. 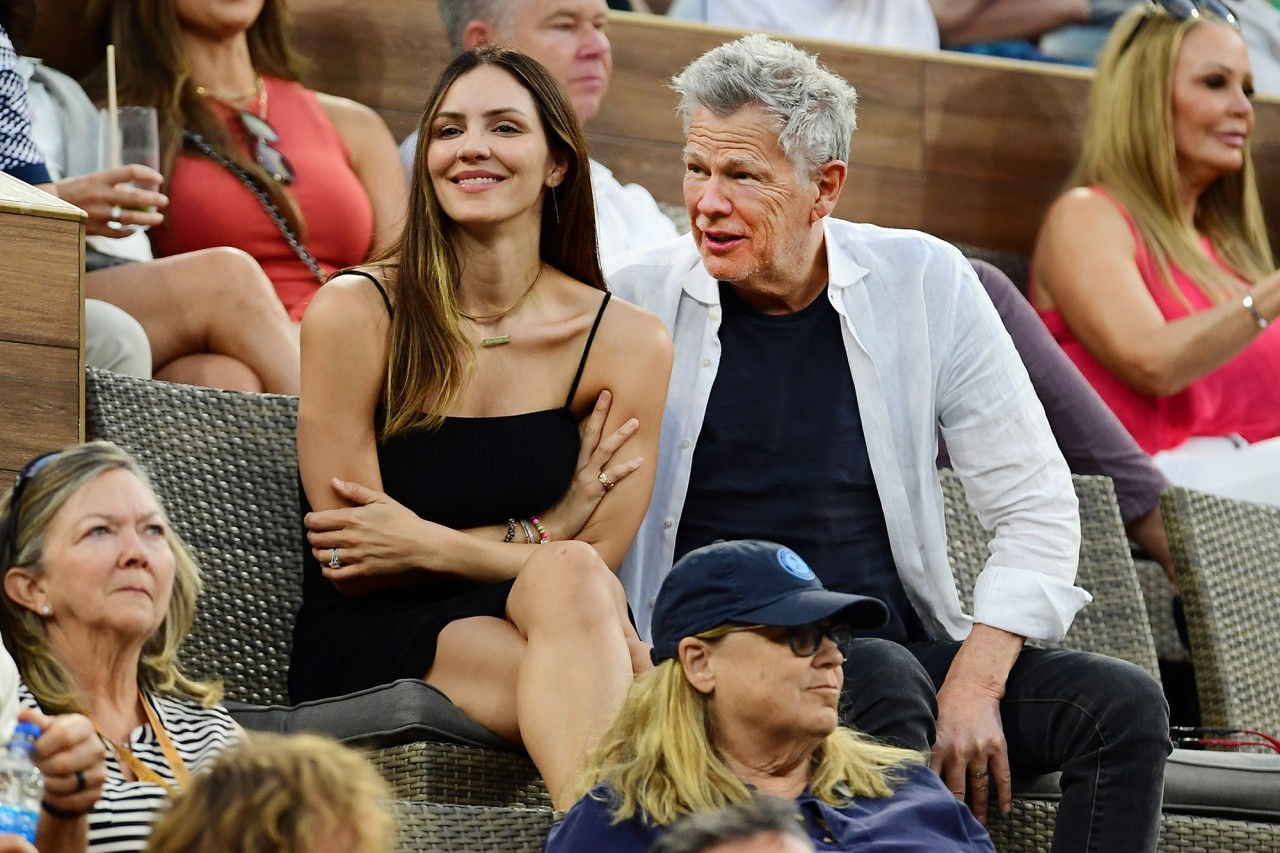 In spite of this, McPhee and Foster made their relationship public at the Met Gala in May of 2018, which took place in New York City. They decided to get engaged in July of the same year, 2018, when they were traveling around Europe.

On her Twitter account, the “Carrie” actress made the announcement official by posting an image of a ring. Later, McPhee shared a text conversation she had with the creator of Just Jared, Jared End, in which she disclosed that the 16-time Grammy Award winner popped the question when they were on top of a mountain in Anacapri.

The couple was subjected to criticism because of their relationship.

McPhee acknowledged in an episode of “Dr. Berlin’s Informed Pregnancy Podcast” that she had some early reservations about having a romantic connection with Foster, despite the fact that she seemed overjoyed at the news that the two had been engaged to be married.

The fact that they are 35 years apart in age was the source of their reservations about getting together. McPhee said that she was more concerned about what other people may possibly think of their relationship:

The actor from “The House Bunny” said that it is simple for people to assess situations based on appearances alone. As a result, she said that she had an understanding of the reasoning behind the judgment:

In the meanwhile, her husband shared with People in February 2022 that he and his wife had everything under control, so he was unaffected by all of the attention that had been surrounding their amorous connection. 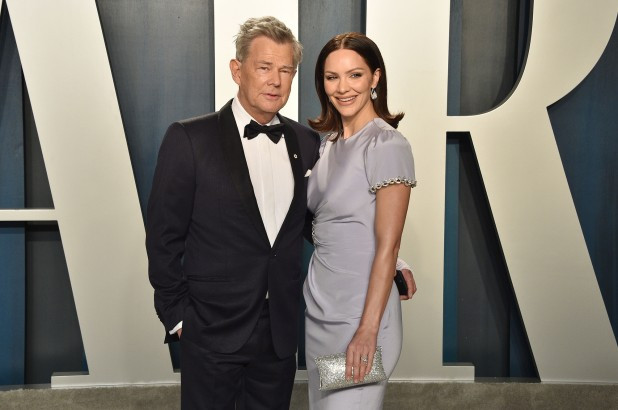 “One of the numerous factors that might lead to the dissolution of a marriage is the presence of a significant age gap between the couple. There is such a wide variety of ways in which things may go wrong. We feel like we have everything under control, “added Foster.

In addition to that, it has been suggested that McPhee wed him for the financial benefit it would bring her. However, she responded to the allegations against her by stating that the connection she had with Foster was the total antithesis of what other people were claiming about it.

FOSTER AND MCPHEE ARE A JOYFUL COUPLE WHO HAVE RECENTLY BEEN BORN A CHILD.

McPhee and her hubby are content in their marriage in spite of the persistent criticism they get. The wedding took place on June 28, 2019, and just a few hours before the ceremony, the woman who would later be the bride shared a flashback video of herself performing on stage.

McPhee sung her heart out to “Somewhere Over the Rainbow” in the video, which included a band and Foster playing the piano. McPhee said that the music executive had created the song, and she credited the executive as follows:

“Do you agree that life is full of amazing and miraculous coincidences? David, I am grateful to you for bringing me to the other side of the rainbow.”

The happy couple tied the knot in the Church of St. Yeghiche, which is located in the South Kensington neighborhood of West London. Charlotte Kent, who works at Banana Split, was in charge of planning the ceremony.

The bride wore a gown designed by Zac Posen that was built to order just for her. The gown had a sweetheart neckline, was strapless, and had numerous layers of antique white striped tulle. 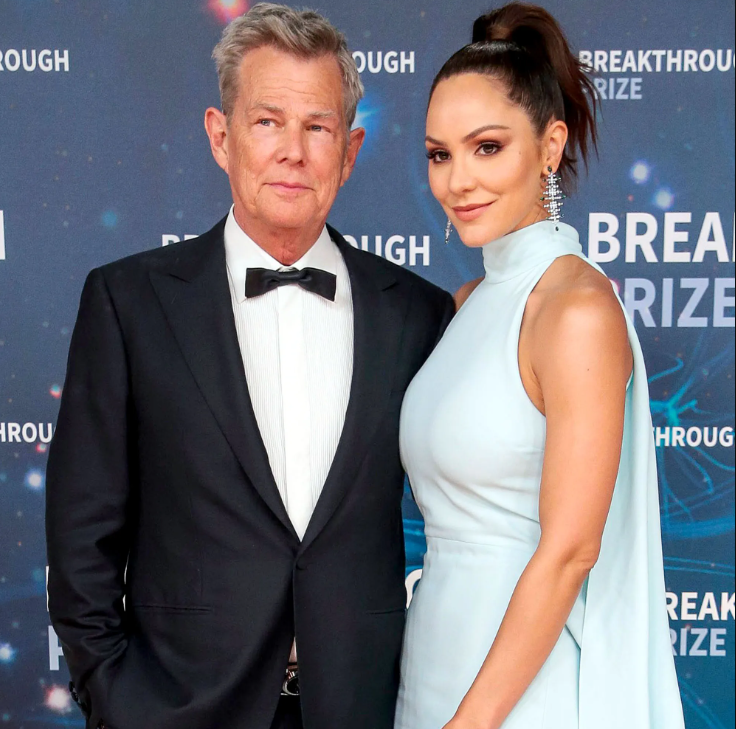 During this time, the groom looked dapper in a tuxedo designed by Stefano Ricci for their big day, which was attended by a total of 150 people, including his five children from his previous marriages.

In the year 2021, Foster and McPhee became parents for the first time to a boy whom they called Rennie. This event marked the beginning of their own family. According to a statement sent by her representative to Us Weekly at the time, “Kat McPhee and David Foster are the joyful parents of a newborn boy.”

The present age of Foster is in his sixties, and in addition to having five daughters who have reached adulthood, he also has seven grandkids. The artist said in his song “The Best of Me” that he enjoyed his new role as a parent despite the fact that he was already an adult.

The arranger clarified that despite the fact that it may be too cliche to state that he has more time, the reality of the matter is that he does in fact have more time to spend with his only son, whom he loves just as much as his other children who are older.

His wife said that she does not have any regrets about giving their relationship a chance to flourish and settling down with him and their children as a married couple and enjoying the experience of parenting together.

“There was never a single moment in my life in which I questioned my choice to be with him. Even if we had a fight or anything, I would still be completely head over heels in love with him and really appreciative. Before we were married, I always enjoyed being in his presence “McPhee stated.