VIDEO: This brave dog is fighting against the bear and trying to make him leave the place… 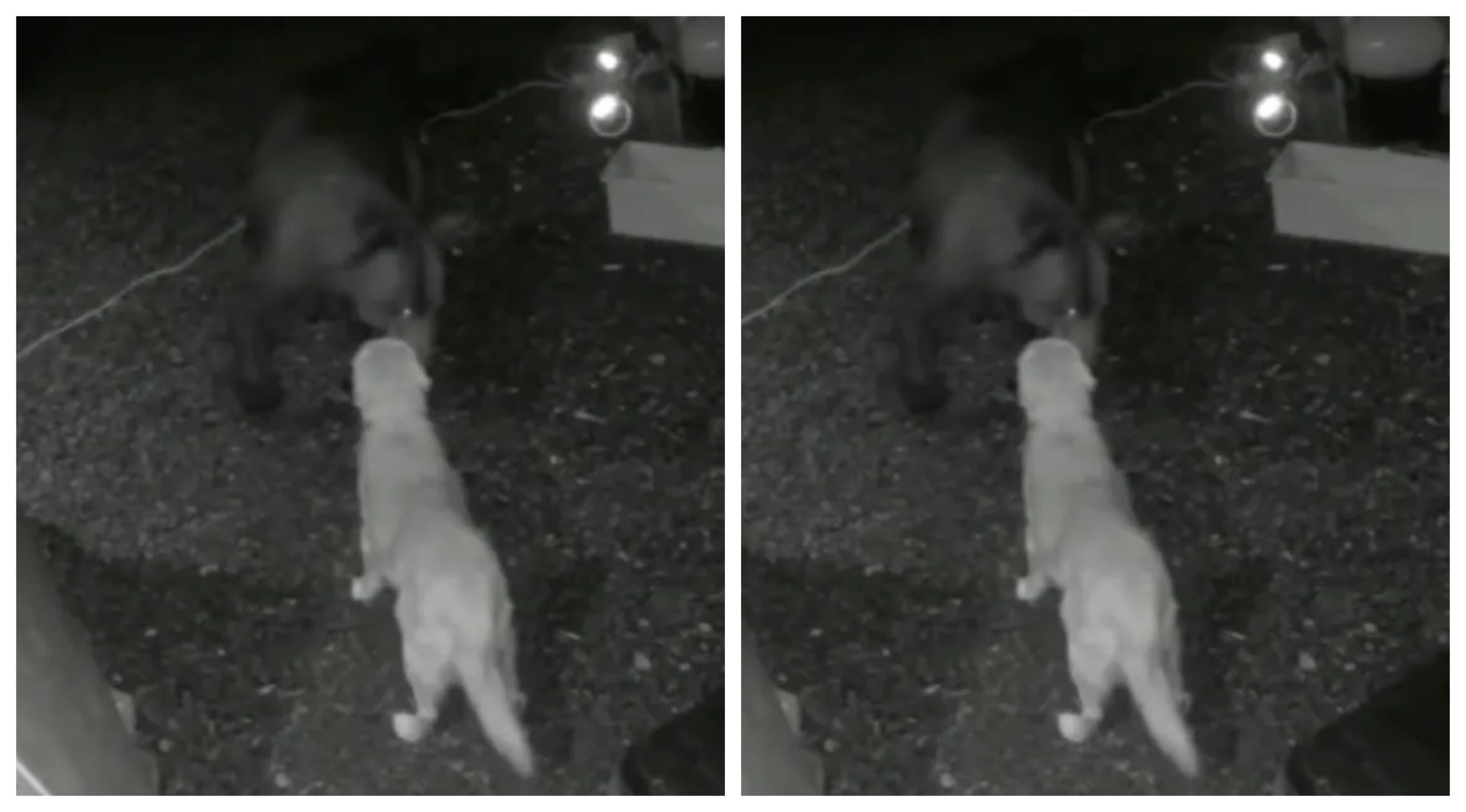 Recently, a video that depicts a Golden Retriever successfully driving away from a large bear from its owner’s home has gained widespread attention and gone viral. On Sunday night, security cameras captured the footage that Nicholas Galanin had first uploaded to Facebook and shared with the public.

The event took place in Sitka, a quaint community located in Alaska on the island of Baranof. A region that is well-known for the size of its population of Alaskan coastal brown bears, a species that is sometimes confused with grizzly bears despite having its own unique characteristics. Due to the fact that they may weigh up to 1,500 pounds, these bears are far larger than their grizzly relatives. The first scene in the movie has Pretty, an 11-year-old dog, holding his ground and wagging his tail while a bear approaches from a further and farther distance. The Golden Retriever keeps barking and staying put on his land, despite the fact that the big beast shows no signs of being scared or frightened in any way. The situation reaches its climax of drama when the bear and the dog meet face to face, but Pretty seems more determined than ever to protect his territory, and the wild animal ultimately makes its way back into the shadows.

“We are rechristening Pretty with the name Legend! Galanin provided the ideal description for the video by saying, “He has always been an excellent bear dog.” Even though the little town is well-known for the enormous number of bears that inhabit the area, sightings like this one are not very often. Pretty’s owner also commented that “We have dozens of bears, however, I’ve never seen them interact with each other this intimately.”

You may witness the exciting moment in the video that is provided below: