I can’t believe in my eyes… Youngster starts “El Paso challenge” … What is it about? 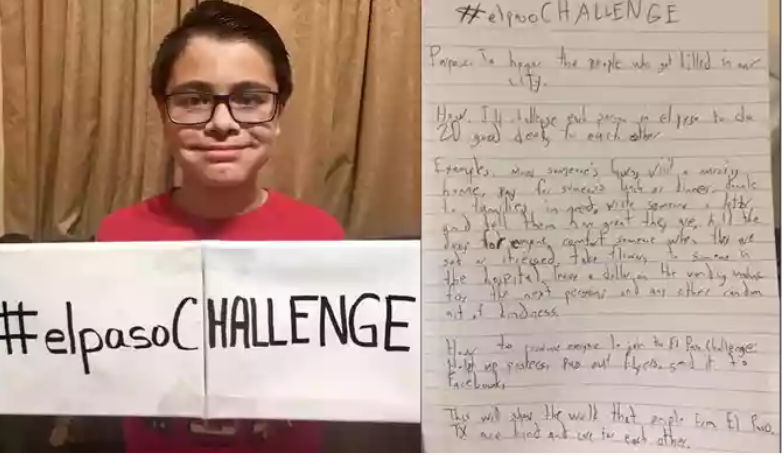 Ruben Martinez, an 11-year-old from El Paso, has launched the “El Paso Challenge” in reaction to the Walmart shooting, which aims to urge people to be friendly to one another.

El Paso residents are being urged to do 22 acts of kindness for others in memory of the 22 victims who lost their lives.

“He was having some difficulty coping with what had occurred,” his mother, Rose Gandarilla, said in a television interview. “I explained to him that we could no longer live in fear and that the people in our community are kind and compassionate toward one another. I advised him that he should attempt to think of anything he could do to make El Paso a bit more pleasant for everyone.” 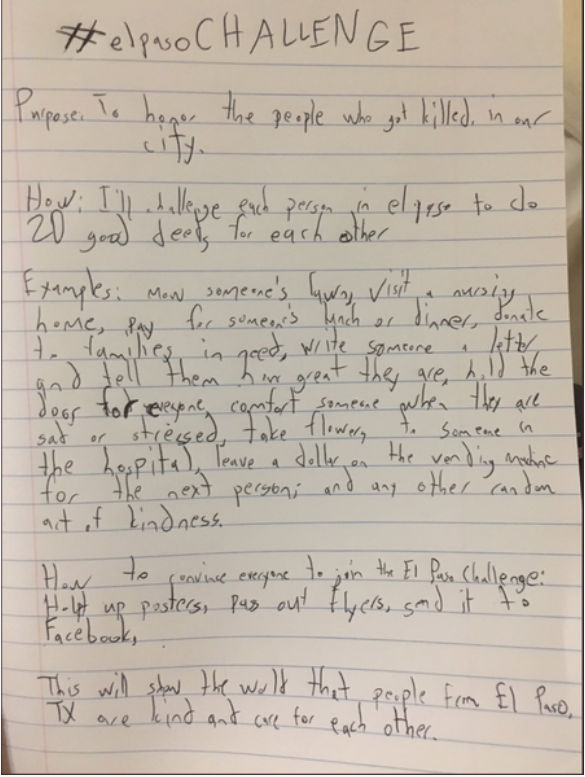 Since then, Ruben has been distributing flyers and posting on social media in an effort to spread the word about the #ElPasoChallenge movement.

In addition, the sixth-grader is setting a good example.

According to Gandarilla, “Last night, he agreed to go out and do his first act of kindness.” The choice was made for him to go bring supper to our emergency responders.

It’s possible that Ruben will be the inspiration for us to bring back the 365 Days of Kindness Challenge in 2020, which we first ran in 2017. 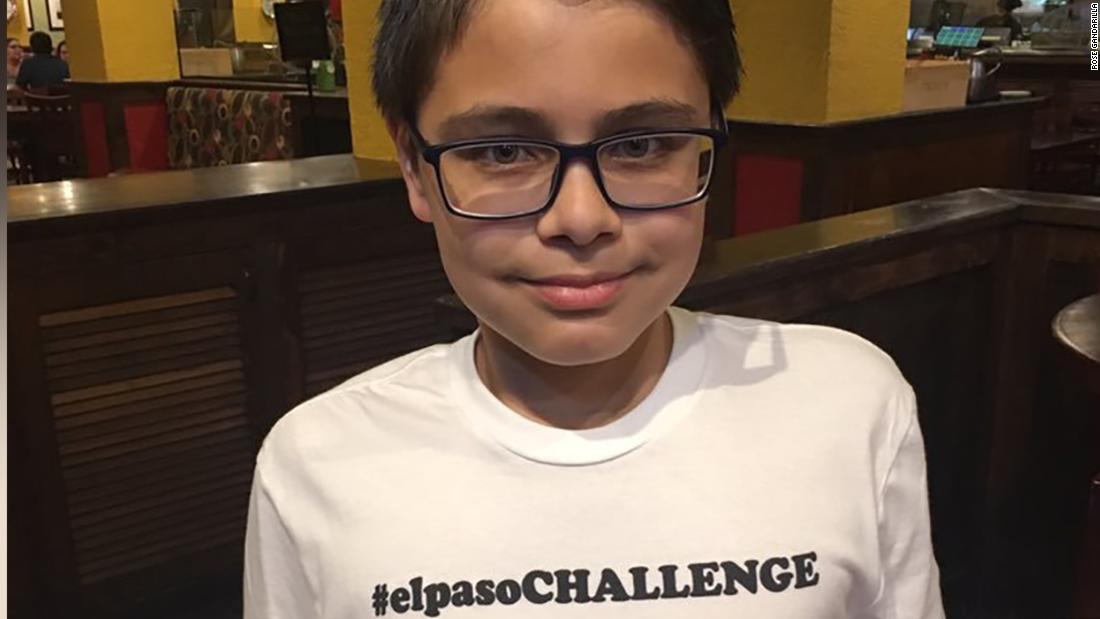